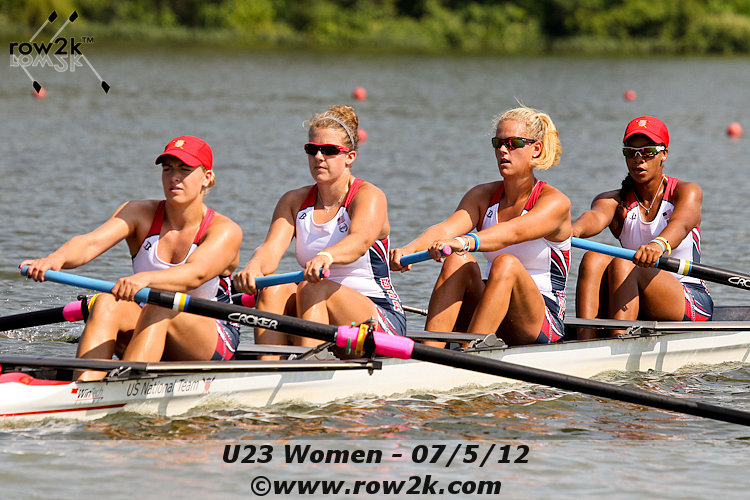 When choosing between a carbon and Kevlar boat, one should not consider the basic characteristics of each material as better or faster, without also factoring in the specific use of the boat to reach a decision; e.g. experience level of crew, water conditions, training or racing.

Carbon is recognized as one of the strongest and lightest materials to build, not only rowing shells, but also the likes of tennis racquets, bikes, racecar bodies, and planes. Under the right conditions, there's no denying the upside of a carbon shell as it applies to weight savings and maximizing power transfer to generate speed.

Kevlar has long been used in applications where forgiveness and durability are sought; e.g. tires, gloves, kayaks, even some athletic shoes. When used to build a rowing shell, Kevlar maintains desirable stiffness characteristics due to a favorable strength-to-weight ratio (upwards of 75% greater than fiberglass, and within as much as 2% of that of carbon according to general research done on the materials themselves, but not necessarily in rowing applications), and provides a greater resistance to puncture and damage (ed.'s note: Empacher, Filippi, WinTech and others all make both carbon and Kevlar boats). Kevlar is less expensive than carbon, also to the buyer's benefit.

While Kevlar is sometimes considered difficult to repair, at our in-house repair shop it has been our experience that the Kevlar boats of Filippi, Empacher, and Wintech shells that come through can economically get back on the water after damage.

Lightest & stiffest not always the end of the story
While a stiffer carbon boat can be fast, it is not necessarily synonymous with faster. What makes a carbon boat advantageous for an advanced crew can actually prove to be detrimental to other rowers. A very stiff boat can be difficult to set and is much less forgiving on the athlete.

As for weight, in his 2004 lecture "The System Crew," WinTech's chief designer Klaus Filter reports on a study he performed comparing boats of varying weights: one at the FISA minimum, the other 12% heavier (96kb vs. 110kg). Based on a formula he derived through extensive tow tank testing, Filter calculated that "the lighter boat proved to be a 0.9sec or 5.2m advantage over a 2000m course."

One second over 2000m is certainly not insignificant, as many races are won and lost by less than that, but that is on paper with no regard for external variables such as crew or conditions. When you add in those other factors – even at the highest levels of the sport – those results can take on a different perspective. It's also worth noting that the average carbon boat is several pounds under the FISA minimum, meaning ballast is often needed to qualify the boat.

Filter's personal conclusion was that "the light boat can be a disadvantage because it does not tolerate mistakes, and the average speed can decrease in these circumstances."

So which is "better?"
It's indisputable that in the right situation carbon boats can make fast crews faster. However, Kevlar boats should not be overlooked for their versatility, resilience, and ability to compete at the highest level, as evidenced by the many elite crews that choose to race them.