As spring approaches, and with it melting river ice, open boathouse doors, and upcoming competition, the boat selection process looms. For coaches, this is an intensive, consuming aspect of the season (and, often, preceding seasons), and one that has direct impact on a program's success. Of course, there are the intangibles that factor in decisions - the boat's chemistry, a rower's work ethic and desire to improve - that cannot be quantified or whittled down into a system easily, and these intangibles can make a world of a difference in a team. While ultimately selection comes down to the coach's decision, there are three dominant methodologies for finding out which athletes are the best fit for seats: seat racing, cumulative results, and technology.

The method most often utilized in selection is seat racing. In its simplest form, this is the selection process in which two rowers compete directly against each other for a spot in a boat through a timed interval - 3 or 4 minutes - or measured distance, such as 500 or 1,000 meters. Generally, it's because there are too many rowers for a boat or, more commonly, two athletes with very similar times. If we think about this as a science experiment, the rowers act as independent variables in a controlled environment (an unchanged lineup and rate). Their strengths and weaknesses dictate who ultimately gets the seat.

One of the most prolific users of seat racing was the legendary Harry Parker, former head coach of the Harvard heavyweight men. As Wayne Berger, former colleague of Parker and current coach at Community Rowing, Inc., explains, Parker's method was not just about the results of two individuals competing. It was also important to see how the whole eight did with the pressure of knowing that "every day is an audition." Creating this competitive team culture is generally only a successful tactic if the coach's judgment is trusted: "If you can't get the kids to buy in, you're in trouble." A deep pool of talent is also needed to ensure consistency - this won't work for a novice team.

Seat racing does have the advantage of showcasing a rower's ability on the water and in a race environment, not on an erg in the gym. On a deeper level, it also offers insight into a rower's ability to handle and channel pressure effectively, and their desire to improve. If they lose their seat race, Berger maintains, "rowers know there is always an opportunity to match up against the guy or girl again, and then at some point, someone will get definitively selected."

However, even with these advantages, seat racing has flaws that make it a double-edged sword in selection procedures. Often, the stakes seem higher to a rower than a regatta, and the intense pressure can be a distraction from training. Furthermore, while ideally variables are controlled in a matchup, coaches and rowers face unpredictable weather and water conditions, among other factors that can play a role in results. If the result is under or within a length, the winner is rarely a definitively stronger rower. 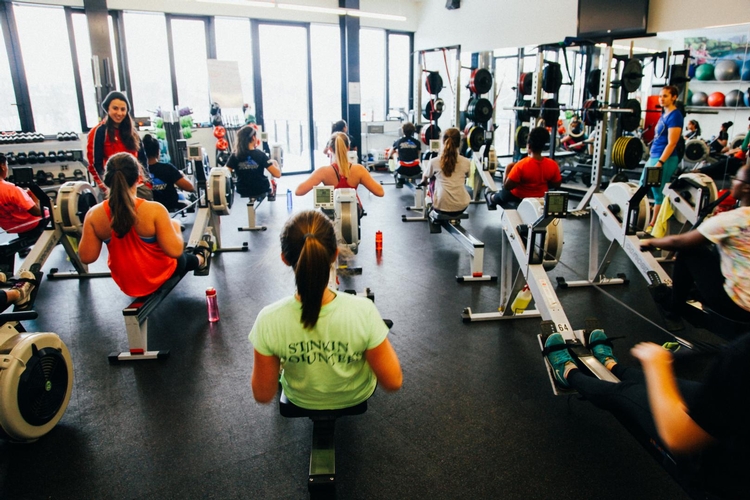 While seat racing can indicate the current moment in a rower's progress, building cumulative results over weeks or even seasons allows a coach to see a rower's overall trajectory. There are various methods to keeping track of a team, and most require day-to-day bookkeeping from coaching staff of training splits, 2K results, and races. This can be in the form of a tally system or a rolling average. The drawbacks of cumulative results mostly lay in its labor-intensive qualities.

For the Marina Aquatic Center Junior Rowing Team based in Los Angeles, Calif., Coach Zohar Abramovitz uses a scoring system to determine spring boats. The top eight ports and eight starboards are pulled from 2k test results, and then are put through a pairs matrix over a period of three days. If a rower wins a matchup, he or she earns one point, second place earns two points, and so on. The ports and starboards with the lowest number of points are put together for the first race of the season's varsity boat.

The program's lineups are rarely status quo for the rest of the season, though. While some coaches prefer to keep a boat together out of the gate in order for them to gel, Abramovitz believes mixing has its advantages, too. "I like the idea of being flexible and having kids that can fulfill multiple roles in case something happens."

The advantage of seeing rowers in different contexts, challenges and situations over time is a concrete and thorough representation of a team's abilities. "I joke with them that I'm not a coach, I'm a scientist, and I run experiments. I have a theory and the theory is that Sally is going to make the boat go faster than Betty, so I test that theory. But like with any scientific inquiry, the results need to be demonstrable and repeatable. My tendency is to stick with what I can show."

An integral part of Abramovitz' experiments? Those erg times. A strong time will often afford a rower the chance for a different boat. "The erg is like your resume. You're not going to get an interview for the job if your resume stinks, but you're also not going to get a job on the basis of your resume. You're getting the job on the basis of the interview, and that takes place on the water. You've gotta kick ass on the erg, or otherwise we're not going to talk to you. But then you better show up and be correct on the water." 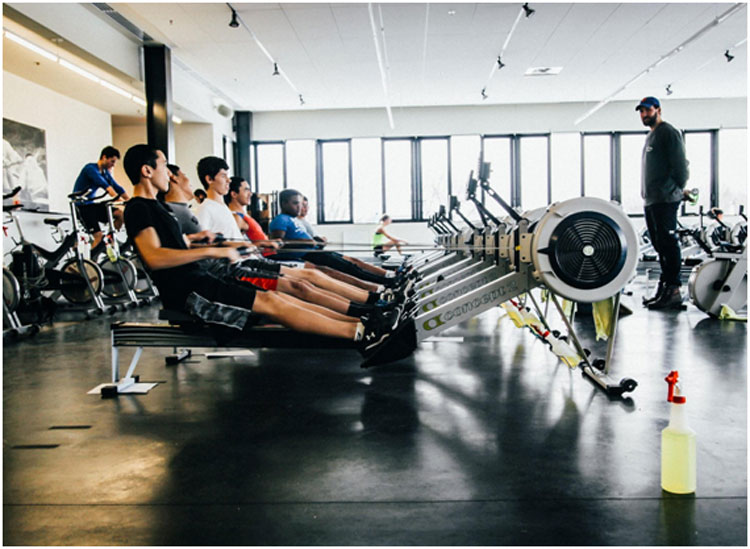 Other options for selection procedures are available to coaches in the form of the rapidly expanding world of rowing technology. Software such as smartOar allows an exact data collection of an individual's rowing. The oar records a force curve feedback, which can be used to more cohesively match a boat's stroke force or see how each seat is contributing. Peach Innovations has a similar power-output technology, pairing it with video analysis of technique.

Rowing instrumentation can sometimes act as an assistant coach in the unrelenting breakdown of a rower's abilities, and has the advantage of providing concrete numbers in aspects that can't otherwise be measured. However, such technology is often expensive and requires a careful integration into a program. Most software is real-time, which can mean limitations on post-processing abilities. Rowing finds itself in a unique crux of being a strong team-based sport with emphasis on individual growth, and if the right matrices are used, both aspects can be balanced in a way that cultivates a successful team. Within the Training Plan Design course at CRI's Institute for Rowing Leadership, teaching the selection procedure process is fluid. All methods are emphasized and taught, but ultimately, the program allows fellows to find the style that works best for them and their team, be it coach driven selection or a combination of methods. No one method is the answer to all problems; teams are dynamic, as are individual rowers, and it's important to reflect that when putting lineups together.

What is essential across the board? The buy-in. It is vital your team has faith in the coach's decisions and understands when and why choices are made. Finding balance in transparency and personal judgment will inspire confidence in the coaching staff and foster a healthy and friendly sense of competition throughout the team. According to Abramovitz, this is most crucial because it creates cohesiveness. "It's important that we [as coaches] think we have the right people, but it's ultimately more important that they think they've got the right people, that they believe in each other and that they have faith that the people they're out there going to war with are deserving and belong."

Building Enthusiasm Within Your Novice Program