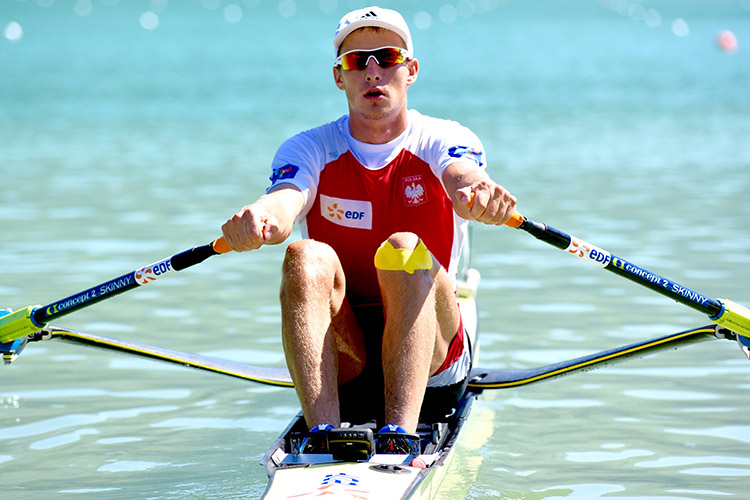 This week row2k interviews Natan Wegrzycki-Szymczyk, a sophomore at Cal and the current single sculler for Poland. We chat with Szymczyk about how me got to Berkeley from Poland and his very busy plans for this spring and summer.

row2k - How did you get your start in rowing?
Natan Wegrzycki-Szymczyk - I started rowing when I was 10 years old, my dad used to row and he brought me with him to the rowing club in my city. At first it wasn't anything serious, more for fun and to hang out with my friends.

row2k - You’re in your second year at Cal, how did you end up in Berkeley?
Natan Wegrzycki-Szymczyk - I never expected that I would end up studying in the US. After the 2013 Junior World Championships when I won the single scull event, I was emailed by coaches who expressed interest in me coming to the United States to row. I came to Berkeley because I thought that Cal had both a great rowing program and strong academics. I had heard before about coach Teti, and I had good contact with the recruiting coach, which made the decision easier.

row2k - You have quite schedule for the spring, what races are you attending and how has coach Teti helped you to prepare for the season?
Natan Wegrzycki-Szymczyk - This spring season will be very busy for me. My first race will be at World Cup I in Varese in the single. I will leave Berkeley for one week to go to Italy and then I come back and race for Cal until the IRA's. After IRA's I will probably race at World Cup III and later in August at the Olympics. Coach Teti has been very supportive of me and has worked with me to make staying at Cal this year possible while still pursuing my Olympic dreams. He is pushing me so I do my best on and off the water. 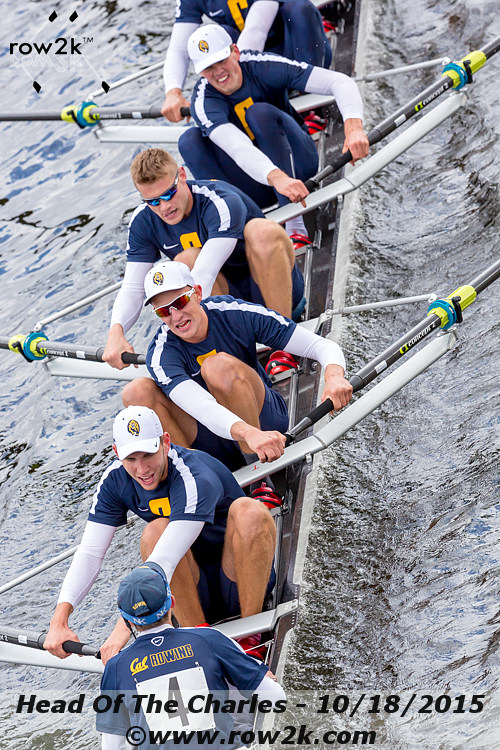 row2k - You’ve had international success as a sculler, how has that helped you transition to sweep rowing on a large university team?
Natan Wegrzycki-Szymczyk - I was always a sculler, before I came to Cal, I never swept. The transition went pretty smoothly, I didn't have any major problems. One month after I started sweeping I was already racing at Head of The Charles. It was fun to learn something new, and discover another side of rowing that I had never experienced before. Being on a team like Cal is very different from what I was used to back home. At home I train alone, now I row with other people which is a much more competitive environment. I learned how to cooperate with others and how to be more of a teammate. It is fun for me to train on a large team, and is one of the main reasons I didn't want to take a year off from Cal.

row2k - Your father has coached you as well, what is his background in the sport and what's it like having him coach you?
Natan Wegrzycki-Szymczyk - My Dad has coached me since 2010 in the single. He used to row and now he came back as a coach. He is coaching a group of athletes in my city including national team members. It is not an easy relation as it is possible to imagine when a father coaches his son. In the end we have the same goal and I know that he wants the best for me, so it makes it much easier.

row2k - What do you like most about the sport of rowing?
Natan Wegrzycki-Szymczyk - I enjoy rowing for many reasons. It is a very complex sport which demands skill in many categories like endurance, physical strength, mental toughness and technique. For me its something in my life which gives me joy and makes me happy. It is the best feeling when I go out and have a good row. I like to see how my work during preparation season pays off in races.

row2k - What has been your most memorable race and why?
Natan Wegrzycki-Szymczyk - My most memorable race was last summer at the Senior World Championships when I finished 9th in the single scull event which gave me the Olympic qualification spot. It was my best performance, I had my best races and I achieved my fastest time. I had improved a lot from the previous year. At Cal I got much stronger physically, which was the part I was always lacking. 2015 was a rough year, I was injured in the winter, then, I had 3 months in the single after I came back from IRA's. In France I could compete with the best single scullers on a similar level. I had the opportunity to race guys who a few years ago I was watching winning medals for many years. It was amazing and made me believe that nothing is impossible.