row2k Features
row2k features > Equipment & Hacks
Ask the Boatbuilder
Rigger Holes
Why do boat builders drill several sets of rigger holes, and where should I put my riggers? 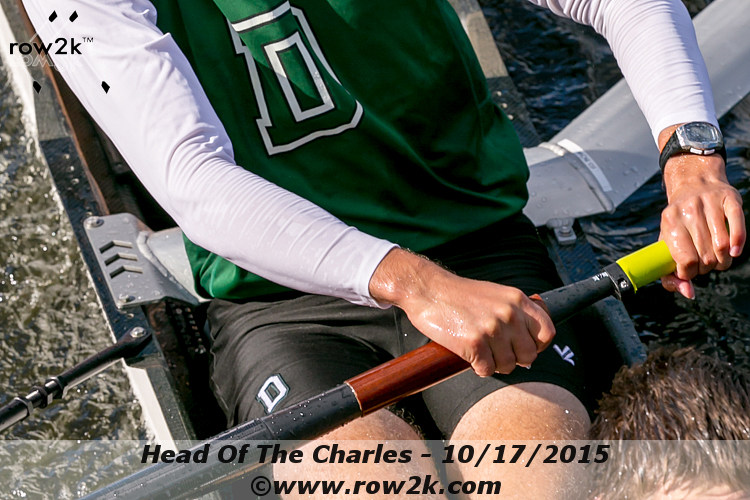 Boat builders provide options for the rigger along the gunwale for one primary reason: different holes allow fore and aft adjustment of the pin relative to the athlete. This is one of two ways to adjust work-through. The other and more common way is to adjust the footstrechers fore or aft, and change the athlete relative to the pin.

This adjustability comes in handy when matching up an "outlier" athlete's arc angles, especially if they are running out of track on their footstretchers. If you have an athlete who is taller than the rest of the boat and getting more catch angle, you could move their rigger stern-wards. If you have an athlete with a short torso or reach relative to the rest of the crew and you want them to match up at the catch, you could move their rigger bow-ward. But remember: any changes you make to the catch angle will evidence themselves in the finish angle, and vice versa.

It is an appealing fallacy of physics to think that moving the rigger sternward or bow-ward will have a measurable effect on the trim of the boat.

Actually, it is a basic hydrodynamic principal across all eight person racing shells that a one-inch change in trim fore or aft requires a torque of between 1300 and 1500 foot pounds.

So, if an 8+ with a crew averaging 200 lbs. per athlete moved their stations an entire foot, the result would be a trim change of a little over one inch. In the world of rigging where coaches obsess over fractions of centimeters, to move a crew an entire foot is a considerable adjustment.

Smaller boats scale out such that moving the rigger fore or aft has a greater impact on trim than the big boats, but the impact is still limited. In a single, the torque needed to trim an inch is between 100 and 125 foot pounds. That means that a 200-pound athlete moving six inches fore or aft will change the trim one inch.

Given that data, along with the fact that the natural heave and pitch of the rowing motion causes the boat to move two inches or more due to the forces at play of the athletes and the oars through the stroke cycle, we can see the act of moving a crew's rigger holes a few inches to bow or stern has a negligible impact on trim.

As with everything in the realm of rigging, there is no "optimum" setting, just a series of trade-offs. For the majority of coaches and athletes out there, put the rigger on the middle hole, make sure it's tight, and forget about it. Once lineups are set, revisiting the rigger position to establish uniform angles might be worth the time. And if the shell is not trimming properly, it sounds like you need a new one! 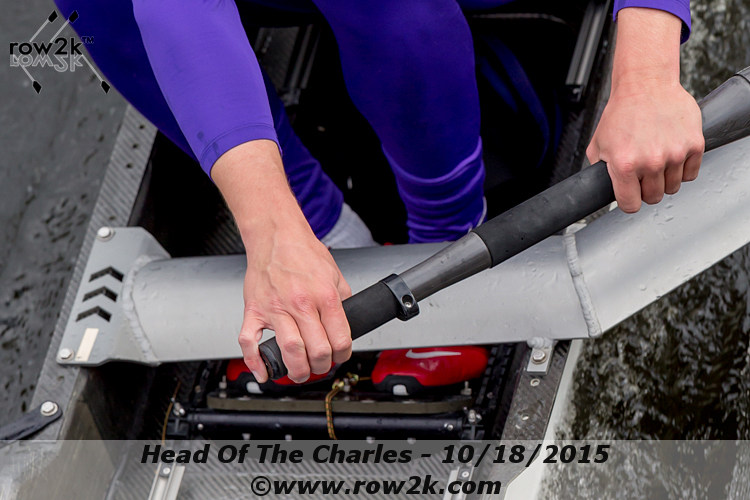