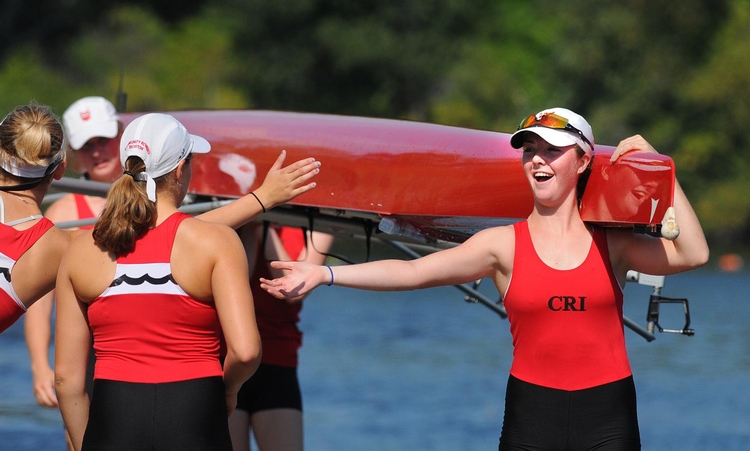 “It was actually one of the girls who came up with it,” Bode recalled. “I sat back realized that absolutely rang true.” T-shirts with the new motto followed, and even the varsity squad adopted the alliterative phrase.

“That is exactly what I try to do with the novices,” Bode said. “I want to win and I want to go fast and work hard, too, but at the same time, kids are already insanely over stressed, over booked, and over scheduled. I’m glad we can provide an environment where they can learn and have fun.”

With the fall season having just begun, many young people are now in the midst of their first opportunity to “have fun, go fast, and make friends” on their own local rowing team. Yet with so many other extracurricular activities competing for their attention and devotion, how do coaches convince kids not only to give this weird, wonderful sport a chance, but also to stick with it?

Talk, talk, talk…
“As simple as it is, word-of-mouth is the greatest avenue to getting kids in the door,” said Chris Chase, coach and regatta director at the Saratoga Rowing Association. “If you have a good product, people will be interested and talk about your program.”

A good product doesn’t necessarily mean simply racking up podium finishes. Rowing programs generate fantastic word-of-mouth from both participants and their parents as a result of quality coaching by smart and healthy coaches who also serve as role models, or simply because the kids are having fun in a safe, trusted environment.

“When kids come to their first practice, we want them to have fun, be comfortable, and have a good enough time that they come back tomorrow,” said Chase. “If you can get them to stay for a couple weeks, the sport will do the rest.”

Even then, the noise created by the myriad of activities competing for the attention of young kids can be deafening. With an increasing trend in sports specialization at younger and younger ages, it becomes more difficult for rowing programs to rise above the cacophony of options to get kids in a boat.

For Saratoga, the process of getting kids interested in rowing starts early, with a middle school sculling program that is more about learning to love the sport than how to win races. Chase says they have to start that early: though it’s a small town of only 20,000 people, there are three hockey leagues, three soccer regions, two Little Leagues, eight martial arts gyms, a YMCA, a basketball league, and Pop Warner football all vying for the time and attention of area youths. “If you don’t get these kids before ninth grade, you’re not going to get them because they’ve already committed to something," he said.

Get to them first…
When building a novice team at the college level, there could be hundreds of other clubs or teams in which college freshmen could participate. As soon as potential rowers arrive on campus, they are inundated with all the opportunities available to them. It can be overwhelming.

“Timing is critical when trying to attract guys to the team,” said University of Michigan head coach Gregg Hartsuff. “You need to get to them before the barrage of clubs and rec sports gets in front of their face, or you don’t stand a chance.”

The key to Michigan’s strategy is very much like Saratoga’s: get in their head early. They send out information to the athletic directors of Michigan feeder schools to give to potential freshmen athletes in the spring, mail simple post cards mid-August, and give incoming students more material when they move into their dorms. “By the time freshmen start classes, they’ve had these little pulses of information coming to them for months,” said Hartsuff.

The Michigan squad is made up of about 85 percent walk-ons, so it’s vitally important to get to that 6-6, 220 lb guy before the other clubs do. “You don’t want him to end up in the Michigan Pops Orchestra,” said Hartsuff. “You want him pulling an oar.”

Bring them into the fold…
The sense of belonging that is so deeply ingrained into the fabric of a rowing team doesn’t always weave its way through a new squad as effortlessly as coaches may hope. Integrating novices not only into their own group, but also into the already established team as a whole, is a delicate process. A novice coach must continually have their hand on the pulse of their athletes, and know when and how to challenge them as their development in the sport progresses.

“If novice integration is done well, coaches can make lifelong devotees of the sport,” said George Munger, Men’s Novice Coach at Tufts University. “If not, then you get severe amounts of attrition.”

A 2015 graduate of the Institute for Rowing Leadership, Munger and fellow classmate Dan Harrison researched novice integration, and best practices in creating high performing, cohesive teams with common core values and unified goals during their time as fellows.

“The whole novice year is just an arc of getting people to love the sport while simultaneously preparing their body to row at a varsity level,” said Munger. “Integrating novices into the team and making them feel like they’re part of the group gets them invested in that process.”

The integration process happens in stages, evolving with the athletes’ understanding of the sport, the cultural framework they need to develop within, and their own role on the team. Citing an outline from legendary British athletics coach Frank Dick, Munger put forth seven key steps of the novice integration model:

Each stage of the integration model is designed to build upon the last to guide new rowers to a personal connection with the sport and with their team. With every month that passes, new rowers are presented with challenges that precipitate growth in self-efficacy, increased familiarity with the dedicated hard work the sport demands, and solidifies bonds with their coach and teammates.

“When novices are fully integrated, their stake in the team is huge,” said Munger. “Now they have some skin in the game, and are intrinsically motivated to take responsibility for themselves, how they act, and how they perform.”

Build a culture of challenge…
For most novice squads, that first year isn’t about winning medals, but about fostering a love for the sport that can weather the hardships inherent in it. Nothing can be more influential to a novice’s first year experience than a passionate coach. It could be argued that it is more important for a novice coach to be able to electrify their squad and generate a love of the sport than it is for their squad to win any races. Even if learning occurs, rowers who are disengaged, disconnected, and simply not enjoying that learning process will not develop the beautiful relationship with rowing that it so often begets.

When he was Community Rowing, Inc.’s Novice Boys Head Coach, Will Congram was intentional in his effort to teach his athletes more than just good technique. “I tried to generate a strong enthusiasm for the brotherhood of rowing,” said Congram. “They left the year connected to a higher purpose, seeing rowing not only as a cool sport, but as a lifestyle.”

Congram, now the Head Coach for the Varsity Boys at CRI, challenged his rowers at the end of their novice season to share that new-found lifestyle. “The parting conversation was that they had one last job before they moved to varsity, and that was to go out and find one guy that they thought could be faster than they were,” he said. “It not only got new guys interested in the sport because their friends were bringing them in, but they were being brought in and challenged to be fast.”

The opportunity to row often comes at times in a young person’s life where they are looking for a place to belong. Whether that point in time is the first year of high school or their freshman year at college, the social benefits that rowing offers are arguably the most convincing ones for young athletes.

“Belonging is one of the deepest human instinct we have,” Congram said. “When recruiting a potential rower, they have to know that the team is a place for them to belong and contribute, and to be a part of something special.”

“I don’t just talk about [CRI] being a really good program; I say that this program is moving in this direction and it needs you,” Congram said. “You could help build this year’s novice class.”

“It’s so hard to be a teenager these days,” Chris Chase echoed. “You’ve got magazines telling them what they should look like, crazy-ass rap songs telling them how they’re supposed to act; it makes for really insecure kids.

“But you can be the lowest person on the totem pole on a team, but you’re still wearing that uni,” he continued. “And you’re damn proud to wear that uni and be a part of that team.

“They just want feel like they belong somewhere. Rowing allows that.” 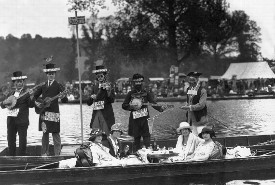 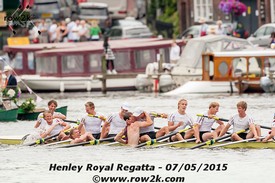 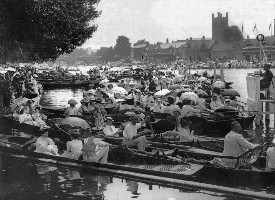 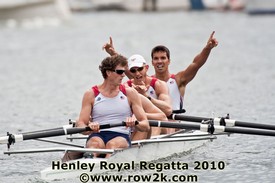 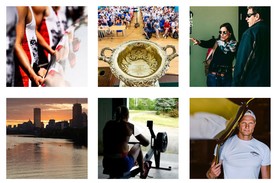 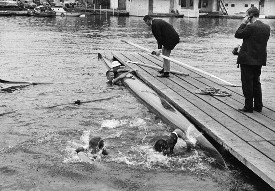 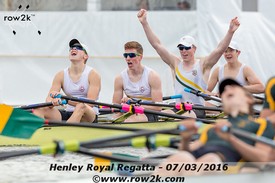 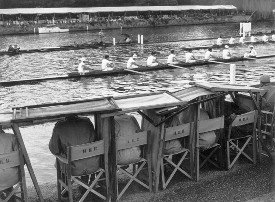