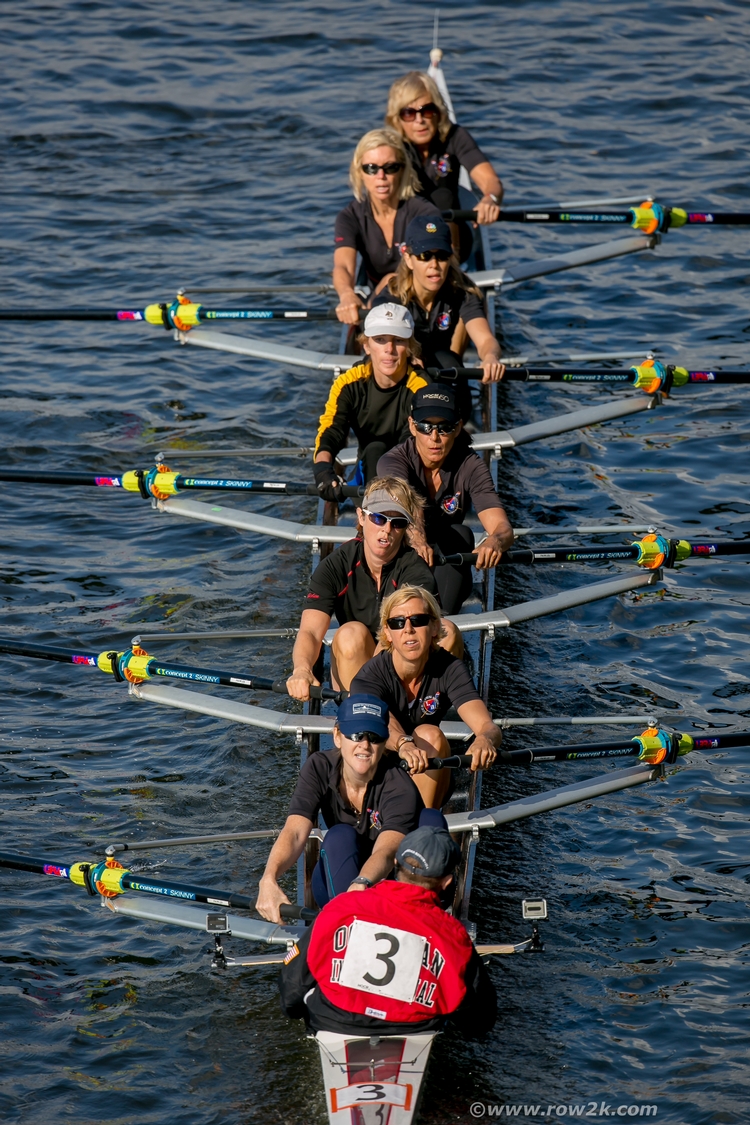 Where do you start with Joan Lind Van Blom? You could start near the beginning, when she was among the most decorated female scullers in the United States, a multiple-time national champion and one of only three US women to win two Olympic medals in the early days of women's rowing in the US, winning silver in the single in 1976, and silver again in the coxed quad in 1984 - and that even with having missed the boycotted 1980 Olympics. All told, Joan was on 11 US teams from 1972 to 1987, including two stints as a coach.

A true pioneer of women's rowing in the US, her 1976 silver was the first Olympic rowing medal ever won by an American woman. She was also one of the first four members of the Long Beach Rowing Association, where she remained a member.

Or you could start in the middle, where Joan crushed the erg (by crushed I mean she currently holds 10 World Records) and won heaps of races well into the years when a lot of us are just happy if the boat is set up, and always with an upbeat approach, even moments after a full pull (which often resulted in world record times).

Or you could start nearing the end, in the past two years after Joan was diagnosed with glioblastoma, an aggressive and incurable brain cancer. After her diagnosis and throughout her treatment, Joan and John, her husband since the 70s, showed up at rowing races, erg races, parties, rowing events, seeing visitors from all over the world, appearing in interviews where she indulged the press writing about her illness, and in regular folks' email boxes, never showing even the slightest sign of sorrow, despair, or worry. She sent us a photo from the stern of her single this past winter, which was posted as the Photo of the Day in February.

She even rallied to row in senior women's eight in the Head Of The Charles this past fall, which she and her crew won – it was Joan's six win in the eight with LBRA at the Charles (read more at Defying Odds, Smashing Records; HOCR Saturday 2014).

And then, five months later, she raced in the Crew Classic and won again.

After three weeks in hospice care, Joan Lind Van Blom passed away yesterday morning, August 28 2015. Rowing has lost a great athlete and even greater person; the rowing community will be pulling hard for Joan's friends and family, and especially for John.

Joan rowed her race out to the last stroke, still an inspiring model for us all. The US women's double will row in the Joan Lind Van Blom in Aiguebelette 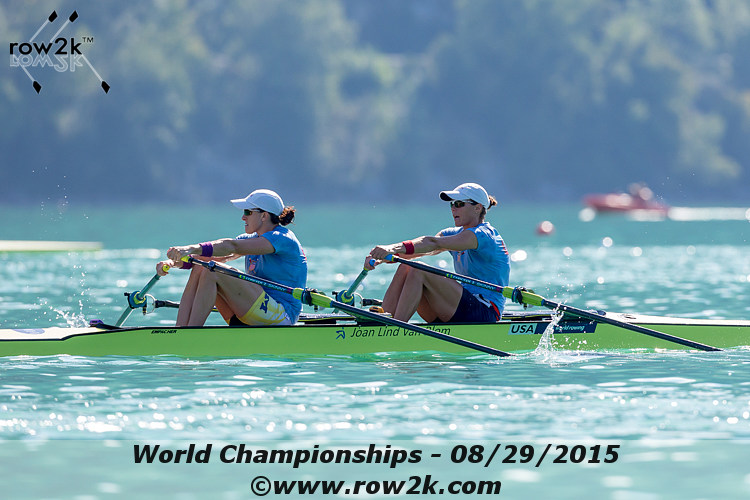 
To read more about Joan, see the following: