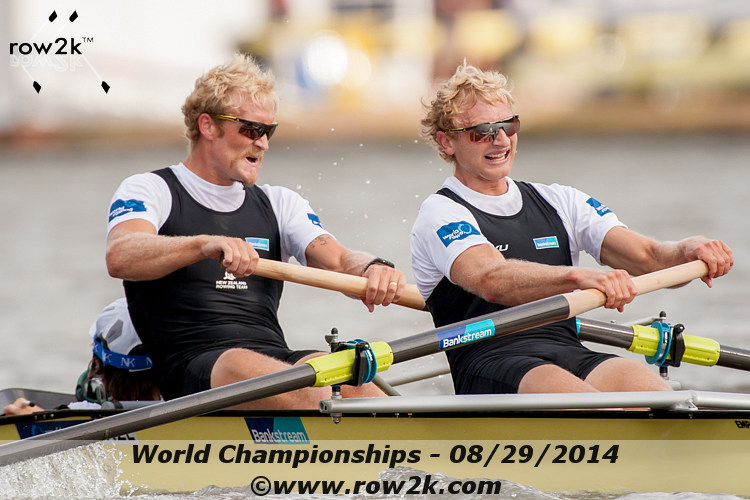 Last month we talked about three basic principles of sound rowing. Today, in layman’s terms we will try to explain some of the physics of rowing. For those who want a more in-depth explanation, see http://www.atm.ox.ac.uk/rowing/physics/.

It is very easy for a rower or coach to talk about power – common language includes a power 10, raising the power from paddle to full power for a given length piece, or a steady state piece at 60% power. But for most people, there is a lack of understanding of how to be most efficient in making the boat go faster and that is really the goal for the recreational rower right up to the Olympian.

We have to start with what is the resistance that we are trying to overcome in order to move the boat forward. A small part is air resistance. In riding a bicycle, air is the major component but not so much for rowing. Depending on headwind/tailwind conditions, air resistance is about 10% of the total.

The main component is water resistance against the hull of the boat. This can be called skin drag and will account for approximately 80% of the slowing force. The skin resistance is equal to a drag coefficient times velocity squared. That drag coefficient varies from hull to hull and is one of the major components that boat manufacturers are trying to design around. So if this is the force of resistance then the power to overcome this force is Power = a (the drag coefficient) times velocity cubed because we know Power = Force times Velocity.

What does this all mean? To double the boat speed you need to supply proportionately eight times more energy/power. Come race day this means that to get a lead early in the race is going to cost you. The best race plan to maximize energy use is to go a constant speed.

The crew that is doing this best is the New Zealand pair of Hamish Bond and Eric Murray as they have set new world best times in both the 2- and 2+. You can see here that the crew arrived at the first 500 meters in sixth place in their 2- final in 2014, and very nearly negative split the race, with splits of:

How do we want to develop this power? We know that another equation for power is Power = Work over Time. In this instance, Work = Force times Distance and Force = Mass times Acceleration. So to develop power to move the boat, we need to accelerate a mass through distance over a period of time. The important things to consider are:

1. What is the Mass? You are the mass and it is best to consider your center of mass. The mass is a constant.
2. What is the distance? Distance is the length of the stroke. This is why having a longer stroke can make the boat go faster.
3. What is the time? Time is time on the drive. Because we are dividing by time, a smaller period of time on the drive will generate more power on that individual stroke.
4. What is the acceleration? The rate of acceleration is the factor that changes the most to increase power.

There are a couple of other things that need to be considered. First, the stroke rate: if you can maintain the power output that you produce on one stroke and then increase the stroke rate, you will be able to produce more total power.

The final point is that on the recovery, you are not generating power. Important things are happening here which we will discuss in more detail next month, but the boat as a whole, shell and crew, is still being influenced by the water drag forces and therefore slowing down. At a later point, we will discuss time on the slide vs. time on the drive.

John and I have been coaching together for over 20 years. What I feel makes us a good duo is our different perspectives. John has an engineering background and is comfortable talking about the physics of rowing - force, mass, power, etc. I’m the liberal arts major and describe my coaching as more touchy/feely - flow, rhythm, relaxation. Between the two of us, we cover all the bases.

Disclosure: John did take four semesters of college physics but there’s a reason he became a rowing coach and not a physicist.

Charlotte Hollings and her husband John Dunn run Calm Waters Rowing, a sculling school in Lancaster, VA. While these articles will hopefully include something for everyone, they are often written with the single sculler in mind.