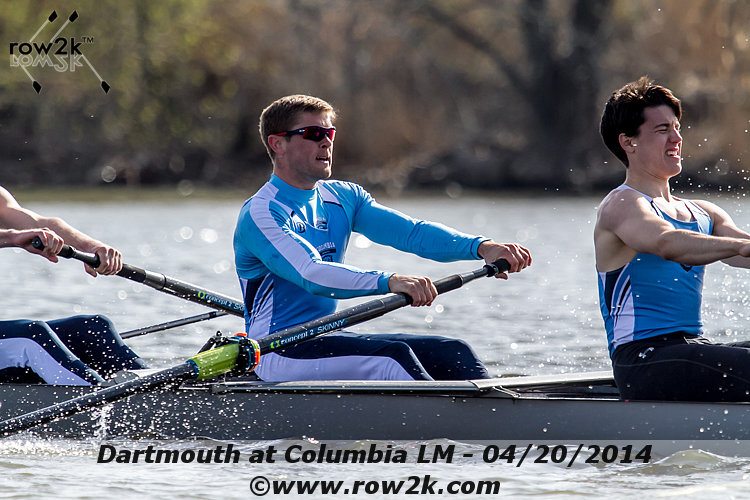 row2k kicks off our preview of the 2015 spring collegiate racing season this week with an interview with Columbia Lightweight Junior rower Andrew Bartholomew. Bartholomew came to Columbia via three tours of duty with the Marine Corps in Afghanistan and chats with us about his service, transition back to civilian life, and the world of rowing.

row2k - Prior to enrolling in college, you served in the Marine Corps. How did you decide to serve and what was your role within the Marines?

Andrew Bartholomew - Serving in the Marine Corps, or more generally in the military, was sort of a life-long dream of mine. I decided on the Marine Corps in November of 2004 when I was a Freshman in high school. At this particular time there was a Marine-lead assault on the Iraqi city of Fallujah (Operation Phantom Fury), and the front page of almost every newspaper had images depicting dirty, exhausted, and sometimes bloody Marines fighting to take that city from the insurgents. I wanted that. For reasons I still do not fully understand myself, I wanted to be those Marines. In fact, I was so eager to enlist that I actually attended summer school and completed online courses so I could graduate high school early.

Over the course of my four and a half years and three deployments I served as an Infantry Assaultman, responsible for demolitions and rocket launchers; a Joint Fires Observer tasked with coordinating aerial and ground units as well as executing indirect fire and close-air support; and as a junior member of a Scout Sniper team. Because of this mix of roles I was able to come away with a unique, varied infantry experience and I had the chance to work with and learn from some of the best guys I ever have or ever will meet.

row2k - Do you have any lasting impressions from your tours?

Andrew Bartholomew - I think it goes without saying that my experiences in Iraq and Afghanistan were impactful and invaluable. I learned a lot about the importance of brotherhood, of enduring strenuous and exhausting conditions to accomplish a mission, how to work under pressure, and how to maintain a positive mindset under adverse conditions.

War also taught me to focus on being happy. Not to sound cliché but life really is too short and too fragile to care about what other people think. I try to surround myself with positive people, and I'm a completely different person for it. I'm much happier now than I was during or even before my service.

row2k - How did you get your start in rowing and how did you find your way to Columbia?

Andrew Bartholomew - Again, serving in the military was my childhood dream so college was never really a plan for me. Though I loved being in the Marines, I learned very quickly that it was not something I could actually spend the rest of my life doing. The lifestyle of constant deployments and training exercises wasn't conducive to the kind of environment I wanted for my kids. I was only 21 at the time but I had learned enough about myself to know that, when I have kids, I won't want to miss anything. I also made this decision in the middle of the most miserable of my three deployments, which definitely helped me make up my mind.

I remember in May of 2011, while I was in Afghanistan's Helmand Province, a resupply convoy entered our small patrol base and my Gunnery Sergeant stepped out to check on the Marines. I was sort of hiding in a corner of the small base trying to escape the blistering heat when he approached me and asked what my plans were for when I got out of the service. At the time I had hoped to move back home to attend a local community college or a state school, but Gunny Kimball didn't like that answer. He seemed unimpressed and even let down. A few days later he showed me an article about three Marines graduating from Columbia University, and in November of that year I submitted my application. Columbia was the only school I applied to. I have no idea what I would have done if I hadn't been accepted.

With my mind made up and the application submitted, I realized that I wasn't quite ready to let go of my childhood dream yet. Without consulting my family I voluntarily extended my contract half a year and transferred to the next deploying infantry unit for one final combat tour. There, back in Helmand Province, I received my acceptance letter on April 13th, 2012.

I returned from that deployment at the end of May and immediately began checking out of the Marine Corps. I separated from the service on August 24th and started classes at Columbia a little more than a week later. Nick Hesselgrave, a fellow Marine veteran and possibly the most positively influential friend I've had, suggested that I try out for the rowing team with him. It seemed like a good way to keep myself busy, so I went for it.

row2k - How has rowing helped you transition back to civilian life?

Andrew Bartholomew - Rowing provides structure and purpose, which obviously help, but the biggest benefit I've seen from the sport is actually social. Rowing helped me open myself up to the greater student population. I love this team and now count many of the rowers among my best friends.

Some veterans struggle with school after service, but not at all for lack of ability; the atmosphere and environment are completely foreign and it may sometimes seem like they're on their own, which sharply contrasts the military's working environment. It's very hard to adjust. Rowing helped me get around that by reconciling my need for a strong social group with my wish to branch out from the veteran community. Veterans will always be my family, and I also have all of the guys on my team to turn to if I'm struggling with anything.

This is perhaps less pressing at Columbia, because we do have a pretty strong veteran presence, but I think it is very important advice for any veterans studying at a school that does not have a large veteran population: get involved, open yourselves up to new things and engage the other students. I guarantee that many if not all of those students want to get to know you, they just don't know how.

Andrew Bartholomew - Ask me this after a 2k and I'll tell you that there is absolutely nothing redeeming about this sport at all. I remember telling Nich Parker in my Freshman Spring that this is the hardest thing I've ever done, and I absolutely stand by that. I've never felt this challenged before, both physically and mentally. It blows my mind how fast some of the guys on the team are. I have a lot of respect for their devotion to the sport.

Accessibility is another great aspect of rowing. It isn't unusual for a walk-on without any prior rowing experience to become competitive at the college level after a couple years of training. If you're willing to put in the work, you'll do well. My coaches and teammates have all been very supportive.

I also really enjoy being a part of the rowing community. It's one of those "everyone knows everyone" environments, so making friends and talking to people is easy at every event. I'm proud to be a veteran because I'm proud of what veterans are accomplishing. I see veterans at Columbia doing great things every day, and I'm proud of my peers. Rowing is no different.

Andrew Bartholomew - Last year's Sprints race, definitely. I was stroking our 3V and the morning heat didn't go well. Our timing was off, no one was getting connected, and our frustration made everything worse. We barely made it into the grand final. We took the time between races to relax at the hotel and reset. In the afternoon, everything came together. As soon as we came off the line I knew we were going to win. It may not be an IRA gold, but it was huge for me. That was the first time I saw a return from all of the effort I had put into rowing, and it made me love the sport even more.

Andrew Bartholomew - The Fall could have been better! I spent the first half of the summer learning how to scull with Margot Shumway at Riverside, and I was really looking forward to competing in the Championship Doubles event at the Head Of The Charles with Fredrik Aasaaren but I injured my shoulder two weeks before the race and ended up missing almost a full month of training. Once I was cleared to row again I got back out on the water and started trying to make up for what I had missed.

Winning the 3V event at last year's Sprints was great, but it's just one step in the direction I'm trying to go. I'm hoping to spend winter training improving my fitness so I can compete for a seat in the 2V for this year's dual season, and I'd like to be competitive at the 1V level my senior Spring.

Individual goals aside, I want to see the team keep improving. We have a strong team dynamic and high morale, so I'm excited to see how we perform this year.

row2k - What are you studying at Columbia and do you have any plans yet for after college?

Andrew Bartholomew - I'm studying Political Science, focusing on American Politics and International Relations. I chose Political Science because I initially hoped to go to law school after graduation but I have since decided that finance is a better fit for me. I'm working on getting an internship in investment banking for this coming summer, so we'll see how things go! All I know for sure is that I want to stay in New York City. I grew up in California, but New York is my new home.

Also, be sure to check out Andrew's blog on Huffington Post. 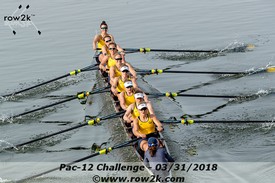 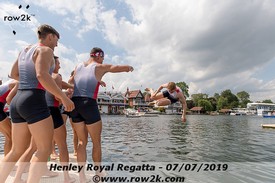 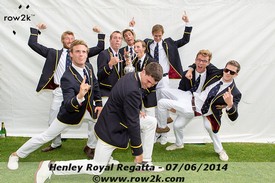