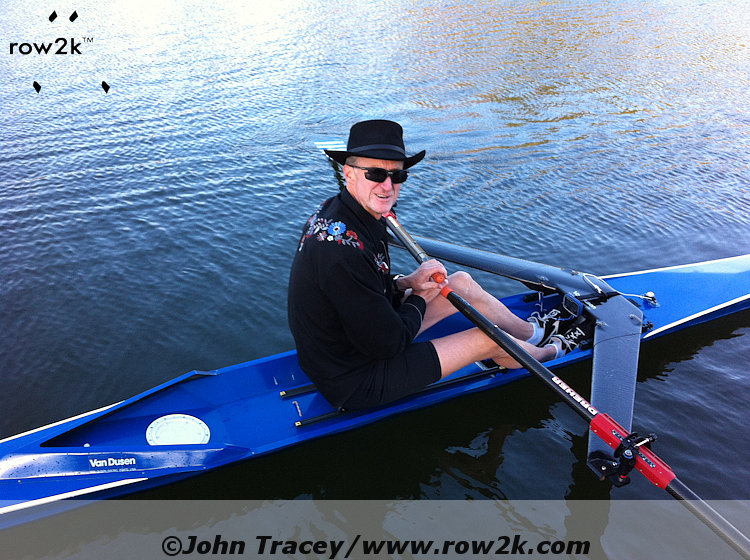 I'm sitting here on a tarp, next to a fire, in the darkness of a KOA campground, watching an almost-full moon rise over the Northern Georgia woods. I'm stunned and amazed that I'm doing this, and I'm enjoying tremendous peace and serenity as I take in all that I've seen and done for the past several days.

This car-camping experience is a far cry from the cushy condo life, that's for sure. Ask anyone who knows me – I'm a man of routine, if ever one existed. I have my evening bowl of cereal before bed. I have my morning oatmeal, set up the night before so I have less work to do, with raisins and bananas and brown sugar, followed by two strong cups of Peet's Major Dickason coffee. The coffee is also prepared the night before, so all I have to do in my morning stupor is push the button.

This morning I woke up early, having gone to bed late. It was cold and the car smelled like fire smoke. Hmmm... need to rethink the fire thing before bed. I was cold and tired and didn't smell very good. Fortunately, my campground ticket included a hot shower, and for that, it was worth every penny. I tried to reorganize my car many times in the cold dark of the early morning, only to conclude that I just have too much stuff. Maybe I'll buy a tent after all!

Recapping the past few days.

Last Sunday, I woke up in my hotel room in Philly – it was The Morning Of The Storm. My rib still hurt, but something inside said, "You must race!" My boat was down at the river, in the parking lot of a high school boathouse not far from the starting line.

Still, I deliberated. I finally got moving around 8:10. My start was 8:50. Needless to say, after some frenetic driving, parking and rigging, I made it to the line just as the boats in my event were crossing the line. I had enough time to sip some water and zero out my stroke coach to self-time. Perfect. My rib hurt while rowing, and I definitely couldn't push as hard as I would have liked, but I finished fourth and was fine with it, except that it wasn't the best idea for my injury.

The real story, however, was the storm, and I had a job ahead of me to outrun it. I finally got out of the hotel room around noon, and I had planned on going to Louisville, Kentucky, because it was far enough west to keep me out of trouble. However, when I got to the exit for Gettysburg, I couldn't not go, even if it was only for a quick stop. I'm huge into the Civil War and did the full Gettysburg tour years ago, but I had to pay homage and at least see Baltimore Street, where the Confederates chased the Union soldiers out of town on the first day, and where so much of the action throughout the battle took place. I got my fix – bought some cool, inexpensive antiques (an 1860s razor, with its original case, and a shell fragment) – but the best part was talking to an elderly resident of the town, who told me about a house with an unexploded artillery shell still stuck in the brick wall. It took some doing to find it, but seeing it and taking pictures made the visit for me; see photo of my single in front of the house, and a close-up of the embedded shell.

Then it was off again. My detour south changed my destination – I was going to go to Nashville after Louisville anyway, so I decided just to make for Nashville. But that was a long haul, and I had to stop in Roanoke, Virginia for the night. It was a little windy and rainy, but for the most part I was still ahead of the storm.

On Monday, I made for Nashville, having gotten a very good sleep in pretty much of a flea bag of a Quality Inn just off the highway in lovely Roanoke. I drove straight through West Virginia, through the Shenandoah Valley and over the mountains. It was just beginning to snow as I crossed the mountains, but there wasn't any accumulation. As I continued, the snow stopped and I realized I was just on the edge of the storm. I had no idea that those few flakes would accumulate to the two- to three-foot depths that would be part of Frankenstorm's headlines.

After stopping at a Starbucks in the University of Tennessee neighborhood of Knoxville for a break and my afternoon coffee, I continued through the overcast skies toward Nashville. As the afternoon wore on, the skies cleared and I saw a gorgeous sunset with incredible mountain views. After all my anxieties over the storm, I now felt like I was entering the Promised Land. Plus, earlier in the day, I had talked to my old friend Randy Veatch, who I hadn't seen since high school, and he gave me directions to his house. He couldn't have been more hospitable and welcoming on the phone, and knowing I had a bed, shower, and dinner waiting for me, combined with finally having outrun the terrifying storm, gave me a very happy feeling indeed.

My trip is just beginning, but if it ended right now, I would be content simply with what I experienced in Nashville. Randy and I weren't close friends in high school, but we had known each other since we were about 10 years old, having played for the same little league football team. We reconnected through Facebook, and I could tell by his pictures, status updates (very infrequent, as opposed to mine…) and his comments on my posts that he was a great guy. I ended up having the most amazing time in Nashville.

Randy has a tremendous knowledge of music and musical history, and he knew every cool thing to do in Nashville. We toured the famous bars, and he knew every story there was to know. He took me to the legendary Gruhn's guitar shop, where, if you have the money, you can get any vintage guitar imaginable. He took me to Ernest Tubb's record store, which hasn't changed since the 1940s and which hosted the Midnight Jamboree after the Grand Ole Opry. Legends such as Johnny Cash, Patsy Cline, Loretta Lynn, Elvis Presley and Hank Williams all played on this small stage in the back of the record store, and it was broadcast on AM radio. He showed me the side door from the Ryman, across the alley from Tootsie's Orchid Lounge, where Hank Williams, Patsy Cline and many others would go to and from performances, and then back to the bar for a drink. Next up was Layla's Bluegrass Inn, which featured a rockabilly band with the fastest guitar-pickin' guy I ever saw, and then the infamous Robert's Western World. All of the clubs had their own unique, and very rich heritage, and all had amazing bands playing all the time, day and night, seven days a week. We ended the night with the best music of all, across town on the "other side of the tracks," where the music was as good as anything I've ever seen, and it was happening about six feet away from me.

But the rowing?? Oh yeah, the rowing. Randy took me to a put-in, with a dock and everything, on Old Hickory Lake, a giant horseshoe-shaped lake formed by a dam on the Cumberland River. Johnny Cash's house just happened to be a few houses down from the put-in. The water was great, the lake was enormous, and I was able to row on the very water shared by one of the greatest music legends of all time. I had the lake to myself and saw one of the most incredible sunsets ever. I get chills thinking about it.

The three days and nights in Nashville will be etched in my memory forever. I discovered a new soul mate in my old friend Randy. He gets the road trip thing (he and his wife took not a month off, but a whole year, and travelled the country in an RV). He and his wife were the most relaxed, enjoyable, fun people to be around. I'm still in awe. Oh yeah, and I never even mentioned seeing Andrew Jackson's plantation or Waylon Jennings' house. Oh well, time is short and I'm behind on my timetable to get to Florida! Oh hell... maybe I'll tack on a few more months to the trip. Wink.