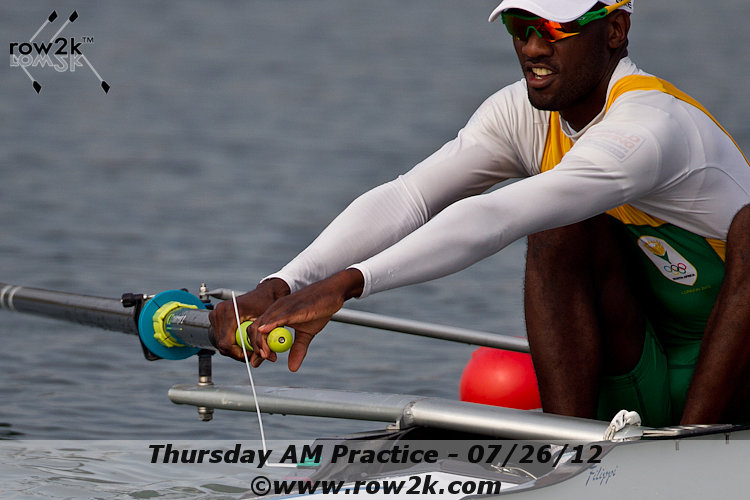 Want to keep things long and strong in your crew? The hack for that is a coach's trick that may well be nearly as old as the sliding seat itself: the reach straw.

Before we get into this week's hack, let's just take a moment to say, "Yep: we know you've heard this one before." There is nothing radical or ground-breaking about the Reach Straw, and that is exactly what makes it a great hack. Tricks don't really rise to the level of a true hack unless they have been around a while and are being put to good use in boathouses all over the place.  As we see with this week's entry--and last week's Double Button bit--the best hacks are in use at all levels of the sport, too , right up to the finals of the Olympic Games. Knowing that a crazy trick or two you once saw used or heard of is--literally--helping folks win Olympic gold medals is pretty cool, if you ask us, and the more folks hacking away with a given Hack, the better it is, full stop.

So, the Reach Straw: this was another hack we caught in action at Dorney during the 2012 Olympic Regatta and--while it seemed a curiosity even to us when we saw the South African light four rowing with Olympic caliber reach straws during the practice outings--there was no denying that the crew with the extra length in the closing meters of the LM4 final had the advantage: South Africa, reach straws and all, sprinted from a close fourth to an Olympic Gold in the last 100 meters or so…and we are betting they hit the straws on every one of those sprinting strokes.

Okay: there is way more to winning the Olympics than attaching four bits of hollow plastic to the gunwales of your racing shell, but here is what this hack is designed to do:

By placing a drinking straw on the gunwale to mark the full reach you want in your crew, you give each rower a tactile way to know they've reached full compression: hit the straw as you make your catch, and you are rowing full length. The hack works just as well with zip ties or a length of narrow, round insulation foam; the idea is to have something lightweight that will stay vertical, and hittable, as the rowers come to the catch. Drinking straws really are pretty much ideal for this, and truly miserly hacks can even outfit their crews for this trick for free, by just grabbing extra straws the next time they hit the convenience store.

The install is pretty simple, too: the straws can just be taped to the inside of the gunwale in just the right spot. (We've seen more complicated set-ups, to be sure, from using the bolts on the backstay in front to zip-tying the straws to those little square cable tie mounts with the adhesive backing that lots of folks use these days to keep the coxbox harness tacked down.)

The Reach Straw can be used in a bunch or ways, too: for a single athlete who rows a bit short at the front end, it is an easy-to-install--and subtle--reminder so you can focus on other things; for a whole crew, it is a simple way to set a uniform catch angle; and for a boat whose race plan depends of staying long in the closing meters of the race, a set of well-attached reach straws can be there when the sprint starts, to keep even pretty spent rowers reaching long enough to pull out the win.

Have a great way to keep folks focused on technique in your crews? Share your tips--and hacks--in the comments below.