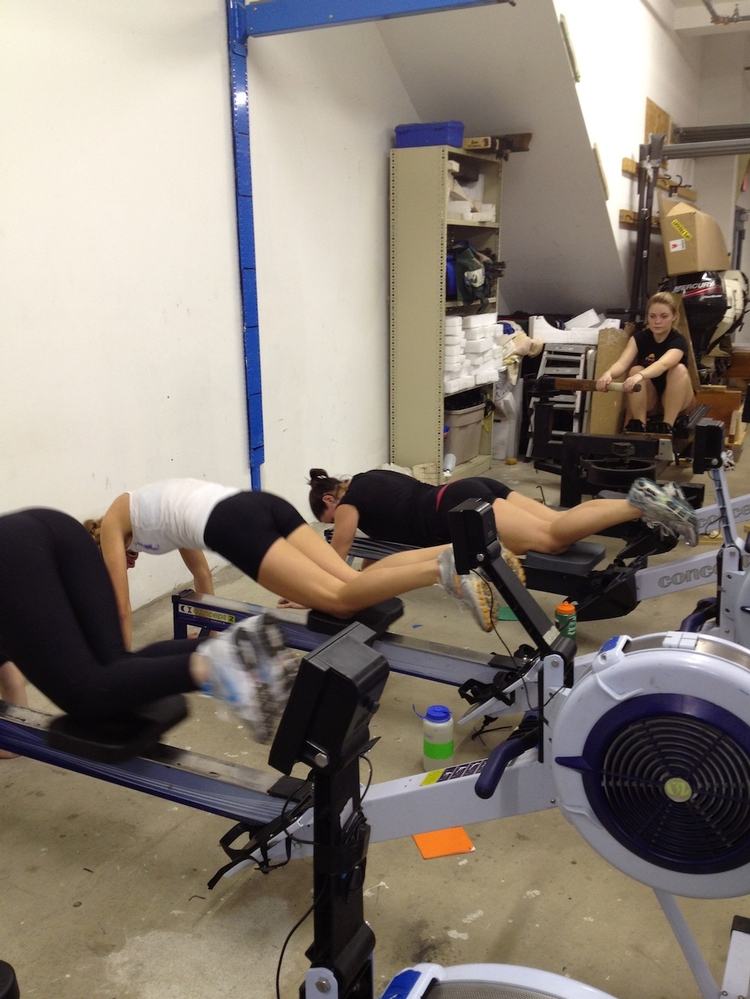 The Erg Ab-Roller may not be a hack in the strictest sense--no tools or assembly required with this one--but long-time Saratoga juniors coach Eric Catalano sent in this unusual way to re-purpose your ergs the next time you want your team to get serious about their abs.

According to Catalano, Saratoga's athletes have been rolling this way (pun intended) since the mid-nineties, starting on old Model B ergs. The inspiration, he recalls, was simple: "I was looking to put a little more danger in core training." Plus, he laughs, there is something hardcore about the "look of slide grease running down the center of the athletes shirt, or face." Indeed.

The exercise must do the trick, if the "nervousness and laughter" Catalano hears each time he announces that it is time to roll is any indication. He says a typical Erg Roll workout for his group would be 3x20 "rollouts." He usually pulls this trick out just on core work days, but he's not above throwing in a few ab rolls during rest intervals on the days they use the ergs as actual rowing machines. (And why not, if your athletes are just sitting there on what turns out to be a perfectly good ab roller?)

Can you try this at home? Sure, says Catalano, noting that the only trick to the exercise is correctly getting all the way into the fully extended "superman" position. Getting the speed of the roll right takes a bit of practice, too, but a little extra slide control work never hurts, right? Athletes can face either way, but Catalano added that facing the foot stretchers can help shorter athletes, who can rest their hands there if the rail is too elevated to let them touch the floor.

Catalano likes the Erg Ab Roller trick so much that he has considered suggesting it to Concept 2, so they could incorporate a hand grip at the top end of the slide, near the handle rest. So, if you see that on a future model of everyone's favorite training tool, you'll know who to blame.

So there you have it: the Erg Ab Roller--a great way to work those cores and do something other than trip over the ergs when you are trying to multi-purpose your erg room.

Have a cool erg trick that you use at your place? Let us know if the comments below.