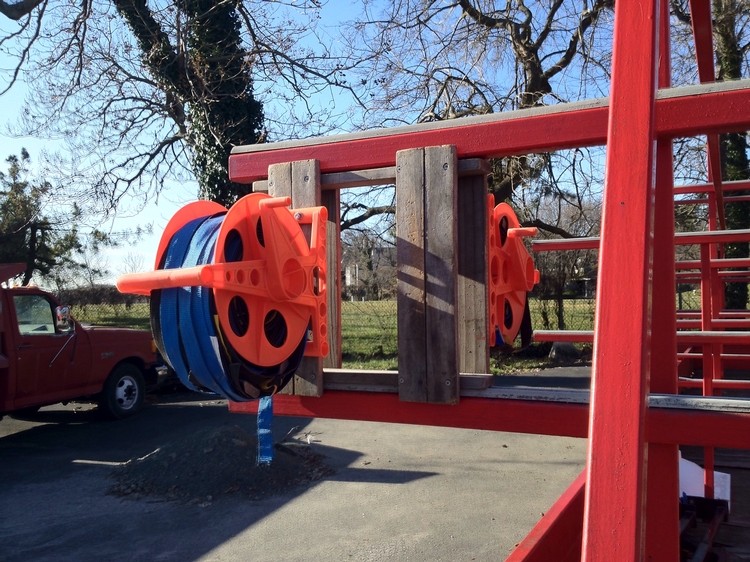 This hack is good enough that you see it all over now: power cord reels (or hose reels) used to store boat straps when they are not in use. No doubt, we could trace this hack down to the exact moment that Home Depot started selling plastic extension cord wheels, but row2k has it on good authority that one of the first examples of this was actually made using a garden hose wheel.

"Strap-o-matic 2.0" also features an improvement we've started noticing that makes this hack, well, twice as good: using two of these smaller wheels, originally designed for extension cords, is a great way to separate your 9 foot and 12 foot straps, which saves time hunting down the right length as you tie down your eights after the regatta--assuming that the straps were sorted and "wheeled" correctly.

[Of course, if anyone have a good system for automating that sorting step, THAT would probably be the greatest rowing hack of all time.]

We do miss the original version, though: the huge garden hose reel was perfect for storing lots of straps--and pretty fun to spin around. We once spotted one of those big reels mounted permanently on the front of one midwest college's trailer, just above the spare. Well-hacked!

Are you a Strap-o-matic convert? Or do you have an even better hack for storing (or sorting) straps? Let Rowing Hacks hear all about it in the comments.