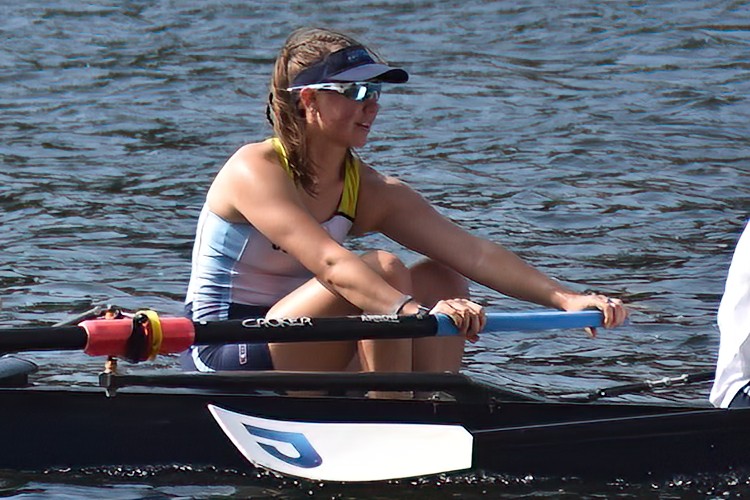 row2k starts off our 2023 spring collegiate racing preview with an interview with Jefferson junior Lily Rodgers. We chat with Rodgers on finding the sport as a novice, training abroad in Costa Rica, and more.

row2k - You started rowing as a novice at Jefferson, what was your athletic background prior to enrolling and how did you in up in Philadelphia?

Lily Rodgers - I played soccer my entire childhood and into high school. I have always enjoyed running and actually skipped my senior soccer season to train and run my first half marathon with my dad. I ended up in Philadelphia specifically because of the accelerated PA program at Jefferson and the fact that it was only an hour from where I grew up.

row2k - How did you find your way into the rowing program?

Lily Rodgers - Once I arrived at Jefferson in 2020, I found it a bit isolating during online classes and living alone in a dorm during the pandemic. I had heard of a lot of former high school athletes joining rowing for the first time when they got to college, so the minute I saw the poster for the walk-on novice meeting, I knew I had to give it a try. At that point, I didn’t really know what I was getting myself into, but that was the beauty of it. I am always eager to try something new and the competitive culture of rowing enticed me.

row2k - You are currently studying abroad in Costa Rica, tell us about that.

Lily Rodgers - Studying abroad in Costa Rica has been a life-changing experience. I have become fairly advanced in my Spanish understanding and speaking skills living with my host family, who only speaks Spanish. I have been learning medical Spanish and can adequately perform a general exam, patient history and vital signs in Spanish which is a skill that could be unbelievably helpful in my future. In addition, Costa Rica has such a deep culture in sustainability and environmental awareness, which is one of my passions. 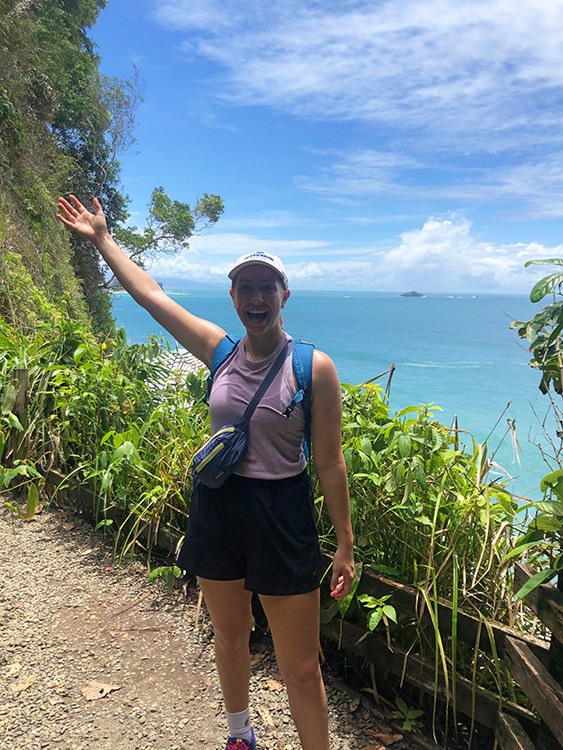 Being away from the comfort of home and my team has been hard, but nothing will replace the cultural knowledge that I have gained from my travels. I have seen sea turtles lay hundreds of eggs, swam in bioluminescent water, learned about the healthcare system that Costa Ricans are so proud of, and adapted to be able to communicate in a language I didn’t fully know just four months ago. I am coming back to the U.S. with an entirely different outlook on the learning potential that traveling can bring you.

row2k - How challenging has it been to keep up with your rowing training while away?

Lily Rodgers - In some ways it has been very challenging. My resources and time are limited. It has been the rainy season for the majority of my time here and therefore running outside is often dangerous, especially in an unfamiliar city. I have found a local gym to maintain my endurance with some stationary bikes and weights, but no erg. I travel almost every weekend, so I have taken to some new forms of exercise; steep hikes to volcanoes and waterfalls, a pick-up soccer game once in a while, and my host uncle even tries to teach me Taekwondo occasionally. In general, my goal has been to continue my strength training and maintain my endurance through whatever means I can. It’s not perfect, but I am working hard with what I’ve got.

Lily Rodgers - I think the accountability in the sport of rowing is unmatched to any other sport. The precision and determination each rower needs in the boat is something I have never experienced before I came to this sport. There are no off strokes in a race; the mental and physical exertion that rowers go through amazes me each day more and more. When I came to my team and saw the precision and technique in addition to the strength needed to move a boat in unison, I wanted it. That feeling of taking a stroke in perfect unison and pulling the blade through the water together, it’s a magical feeling and that’s what keeps me coming back.

row2k - What has been your most memorable race and why?

Lily Rodgers - My most memorable race was the grand final at the NCAA championships this past May. It was a very surreal race for me to have come so far. From being a novice rower to competing in the top boat with the best of the best in the country at the grand final of the DII NCAA’s was an emotional feeling for me. With such little experience, I had never been in such a tight race with three other boats. It was a heartbreaking race after being ahead at almost each 500m mark and falling back to third in the last 250 meters. For many of my teammates, this was our last race together and to go so hard and make history for our program at the NCAAs, winning in the heat the day before, we had high expectations and motivations, but fell short in the last leg.

row2k - What are you studying at Jefferson, and do you have any plans for after graduation?

Lily Rodgers - I am studying health sciences for my undergraduate right now in the accelerated 5-year Physician Assistant Program at Jefferson. Once I graduate PA school I am thinking of pursuing a surgical specialty or working in functional/holistic medicine. My time in Costa Rica has had a big influence on what I see myself doing once I graduate. Learning medical Spanish has inspired a side of me that wants to become a travel PA or work in developing countries, especially Spanish speaking, to provide healthcare to these populations.