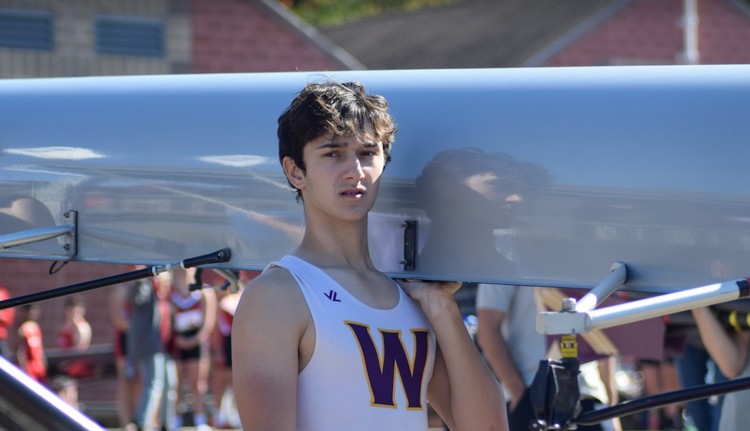 The third installment of our limited-run look at a few newly-minted collegiate rowers who found themselves 'In the Novice Seat' this past fall.

Next up is Brij Howard-Sarin, who walked on at Williams College this fall.

We hope you enjoy reading about Brij's recent experiences-—and maybe get to remember a few of your own—-of hopping In the Novice Seat.

row2k - How did you find out you could walk-on to rowing at Williams?

Brij Howard-Sarin - I first got put on to rowing by one of my friends from high school who got recruited to row at Wellesley College.

Rowing’s main draw, for me, was that the injuries that I was suffering from the jumping impact of basketball, such as the wearing down of cartilage in my knees or repeated sprained ankles, would not be a risk in rowing.

My other motivation was my floor advisor at college. At Williams, they assign every frosh floor a Junior Advisor, and one of mine is a rower on the team. He also walked on as a novice, so he was able to explain the process to me and ultimately convinced me to try out.

row2k - What is the best part of the sport—-or your team—-so far?

Brij Howard-Sarin - The conditioning and the attention towards personal improvement from coaches to coxswains to teammates.

I’ve had coaches reach out for multiple meetings to make sure I’m hitting my goals while taking care of myself and my academics. I know most of the coxswains pretty well, and they constantly encourage me to be better both on and off the water. 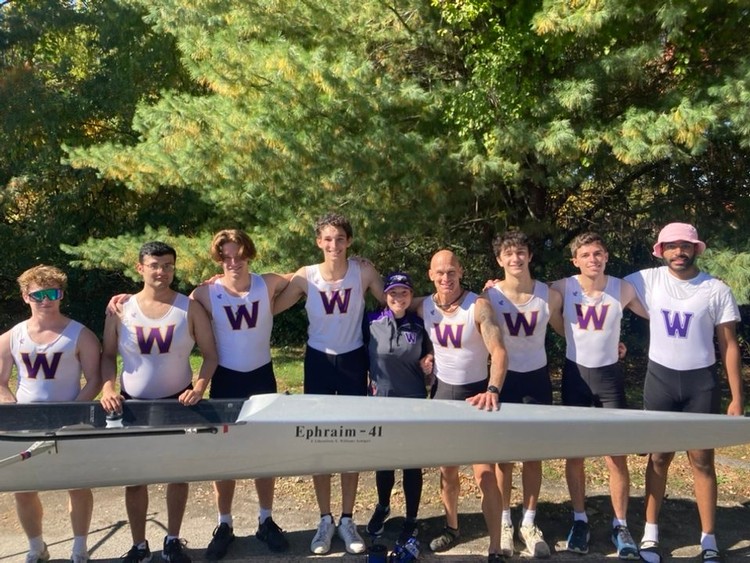 Howard-Sarin, third from right, with his new teammates

row2k - What has been the hardest thing to learn or 'get right' so far?

Brij Howard-Sarin - Placing consistently well at the catch when rowing at higher paces. At more controlled rates, I have time to focus and think about the catch before doing it. During race pieces and races themselves, though, I simply lack the time or the capacity to think about technique like that. I think that’s why I lack consistency with my technique. There will be stretches during races where I place well, and then something breaks my rhythm, and I fall out of sync.

row2k - What has been your favorite workout in rowing, and what has been the hardest rowing workout you’ve done?

Brij Howard-Sarin - My favorite workout so far has been steady state rowing. It’s a type of cardio I’d never done before, having played basketball in high school, which is primarily sprint-focused. I also feel better after completing a steady state workout than sprint workouts.

The hardest workout so far has been a 3x10’ workout, increasing pace after 4’, 3’, 2’, and 1’. It was easier to get faster during each piece, but negative splitting between pieces was really mentally challenging.

row2k - Can you tell us a bit about your previous sport(s)? What is the biggest difference about rowing?

Brij Howard-Sarin - I played basketball all four years of high school. Unlike rowing, I was responsible for far more mental decision making. I would describe basketball as more of an art when it comes to scoring, whereas rowing technique is far more scientific. Basketball requires quite a bit of physical creativity but less mental fortitude.

Similarly, I tended to gain more motivation from trash talking and direct competition with my defender, which doesn’t exactly exist in the same way during races in rowing, where the motivation is much more internalized. 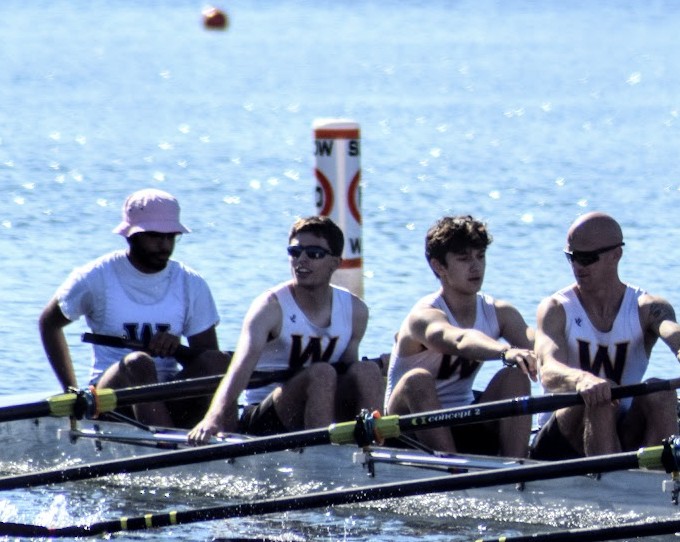 Howard-Sarin, third from left, on the water

row2k - What is the weirdest thing you’ve encountered in the sport that rowers find “normal”?

Brij Howard-Sarin - For me, it’s been the separation between the mental and the mechanics.

The lack of decision-making on the water has been an interesting experience; I’ve never played a sport where instructions and situations required no individual interpretation and that everything is done as a team. The lack of individualism in rowing does facilitate a better team dynamic and cooperation in my experience.

Thank you to Brij--and the Williams coaching staff--for taking the time to share what it's like to be In the Novice Seat, and we wish Brij the best through the winter and into his novice racing season this spring.