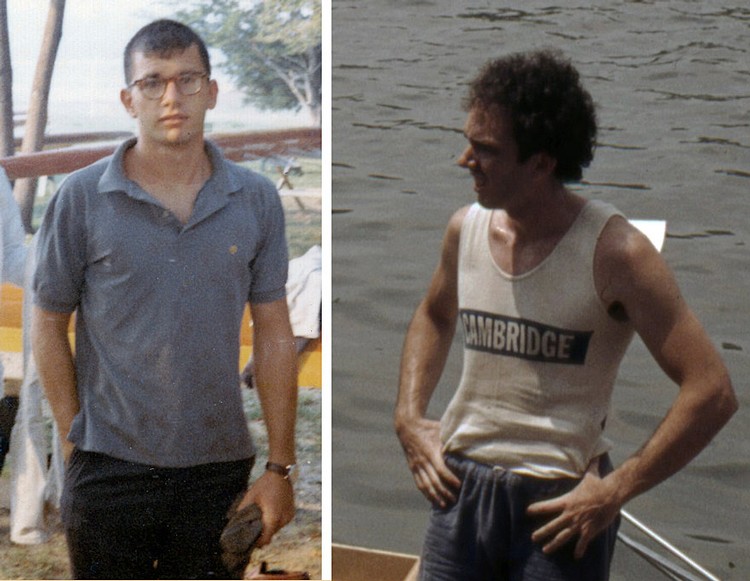 At the end of the first week at the Lightweight Selection Camp, the boatings are announced, Pete Maxson in the 6-seat of the U.S. National Eight going to a race-off with Canada and Mexico in St. Catharines for the right to go to the European Championships in Moscow, Mark Davison and Eric Aserlind in the National "Jayvee" that would race at the Royal Canadian Henley Regatta.

The two eights hit the water for their first workout in their new combinations, and guess what? Right. I've already told you what jayvees love to do to varsities. This jayvee kicks the National Eight's a** up one side and down the other. Three times over 1,000 meters, the margin never less than two lengths of open water.

A joke. But nobody's laughing. At least there is justice on the water. The ignored seat race results are vindicated.

But as I watch from the launch, I am as astonished as everybody else. Despite everything I had seen, how could the First Boat be so uncompetitive? They are a true celebrity crew: 100% from Eastern Sprints schools, four returning from the 1972 team in Europe, the Harvard stroke, the Yale captain, the top erg in the country, all-stars from bow to coxswain . . . and still double butt slow.

The words of Jim Moroney come back to me. Pete Maxson, with his explosive catch that shakes the entire boat, is the antithesis of what Jim has described as effective East German rowing, but I know the technique well. It's the way Fred Leonard taught me to row. As far as I knew in college, it was the way everybody was supposed to row. Pete Maxson was my ideal, my hero. Nobody does it better than Pete Maxson.

A thought forms in my mind. Could this be why I lost my own seat races last year? Is Pete Maxson displaying the classic symptoms of Pete Mallory's Disease?

I think back to my own brutal summer of 1972. We were halfway through our European journey, and I had been getting my butt kicked all over the place in my lightweight single. There must have been seven or eight guys faster than me in Western Europe, and at every finish line I felt like telling all my fellow competitors how lucky they were that Bill Belden or Larry Klecatsky wasn't there to show them just how fast an American lightweight could really be in a single.

When we got to Klagenfurt, Austria, I got to take a week off from my single when teammate Chuck Crawford, a fellow Philadelphian and Rutgers grad with a charitable soul, offered to row in a lightweight double with me. (Or pair. Chuck remembers double, I remember pair.)

One day as we were practicing alone on the Worthersee, I asked Chuck if he had any idea why I had lost all my seat races. I'll never forget what he said. He told me you could tell whenever I moved into a boat.

"We could tell whenever you moved into a boat, Pete. We could really feel your explosive leg drive. There was no question you were one of the strongest guys on the team . . . Just like Pete Maxson." 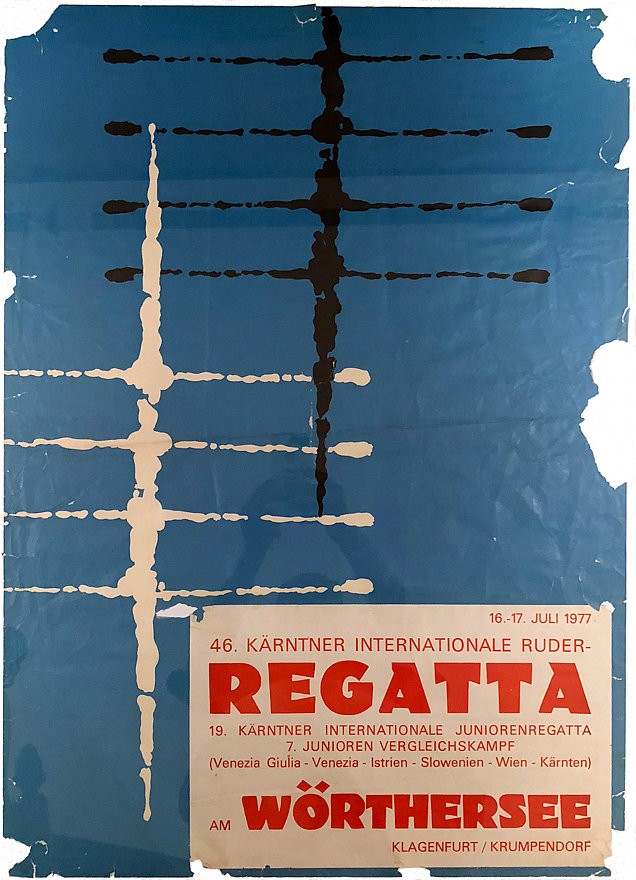 Incidentally, of all the regatta posters I have collected over the years, this tattered Klagenfurt poster is one of my favorites. They used the same design year after year, each time slapping on an updated word panel in the lower right. I have understandably bittersweet memories of rowing in this regatta with Chuck in 1972 - we did NOT do well - but then when I go back five years later coaching my team of junior women from ZLAC Rowing Club in San Diego, we notch an historic win - keep reading for six more chapters - and snag a poster of my own to take home and treasure.

Chuck Crawford was trying to pay me a compliment in Klagenfurt, but years earlier another teammate had also commented on my thunderous drive . . . and he didn't mean it as a compliment.

His name was Bill Wark. He rowed behind me in the bow seat of that Undine eight that played "Whack-a-Buoy" with Detroit Boat Club on Hunter Island Lagoon in 1965. 'Bout my size, short haircut, glasses like Fairthy's, quiet on a team of show-offs.

I had never met him before that summer, and I think I rowed in a double with him exactly once in early June. Barely knew his name when I read it on the bulletin board: Bill in bow, me in stroke.

In 1965, Undine was a team of good double scullers, and there was a lot of jockeying for position every day in practice. I usually rowed with either heavyweight Jack Barclay or lightweight Don Callahan, and we would usually come second to Manno and Walsh, who were consistently the fastest. Rick Manno had been one of Fred's golden boys at the Haverford School, where he had coached prior to Penn. On this particular day, Bill Wark and I couldn't keep up with anybody! Of course, I assumed it was Bill's fault. Couldn't be me! I was a stud! (The Curse of the Jayvee Scar still lay nearly two years in the future.)

Suddenly Bill exclaims, "Now I know what's wrong! No wonder the boat's going so bad! You're exploding with your legs at the catch!"

Well, duh! As if that were something bad.

I explode back, "I have been working my butt off on leg explosion in my collegiate eight for an entire year and more, and there is no way I am going to, all of a sudden, change just for you! So there!"

I cringe just thinking of it now. Luckily for Bill, he never had to row in a double with me again after that terrible day. Unluckily for me, as it turned out, for I missed the chance to learn an important lesson from Bill Wark.