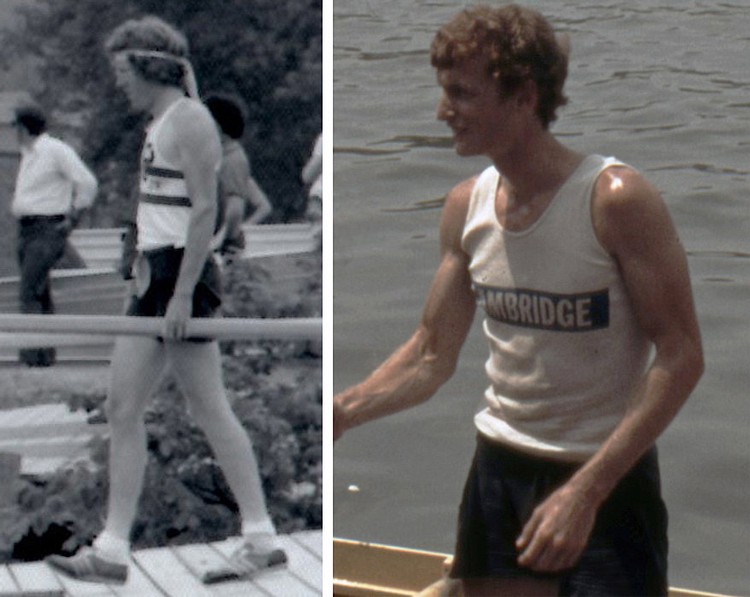 Wonderful news! There is to be an exhibition men's lightweight eights event at the 1973 European Championships in Moscow, and, after his Herculean efforts organizing the 1972 Lightweight Team Tour of Europe, my mentor, good friend and fellow Quaker F. Fairthington Farthington has been the obvious choice for the U.S. National Lightweight Men's Coach!

So after a couple of weeks settling into my new home in Long Beach, California, I bid farewell to my new friends and return to the East Coast to assume my role as Fairthy's U.S. National Assistant Coach. My destruction in seat racing the previous year has convinced me that if I ever want to achieve greatness, it will have to be as a coach and not as a rower, and here I am already on the U.S. staff and going to my first international championship. Fairthy Farthington will be my Captain Ahab, and I and the crew we assemble will follow this man to the other side of the world in search of our destiny. Life is good.

Selection camp will take place at Dartmouth College in Hanover, New Hampshire, immediately after the U.S. Nationals on the Cooper River in Camden, New Jersey. The first problem is that there are way too many athletes who wish to attend. We have to cull the herd down to fewer than thirty. Slyly, I suggest we automatically invite anybody who has just won at the National Championships and test the rest on the two new Penn ergometers in nearby Philadelphia. Fairthy agrees.

What Fairthy doesn't realize, and I of course do, is that the best guy on my Penn Freshman Lightweight Crew from that very spring, undefeated until that line squall, destined to go to Henley in three more years, my best guy, Mark Davison, has just been part of Fred Leonard's National Champion Intermediate Heavyweight Coxed-Four, so he is a National Champion, so he gets an invitation, and Fairthy only finds out that he's been invited when we all assemble a couple of days and a few hundred miles later on the dock at Dartmouth.

Fairthy is not amused. To his mind, a freshman with less twelve months of rowing experience under his belt does not have the seasoning suitable for inclusion in a National Team effort. Surely we have left behind in Philadelphia many athletes more deserving! Too late to do anything about Mark, but my own reputation with Fairthy is fast eroding. My proverbial goose is cooked.

Seat racing begins immediately, two sessions a day for what seems like a week. Time constraints prevent every single individual from actually getting a shot on the water at every other. Even in two weeks, a selection camp coach has little time to spend distinguishing between 7th and 8th and 9th on the ladder for the port side or the starboard side, and little interest in distinguishing between 1st and 2nd. What counts is the boundary on each side: who is 3rd and 4th and makes the boat and who is 5th and 6th and doesn't, and so quickly Fairthy focuses his attention on just a few rowers.

Trouble is F. Fairthington Farthington is all too human. He arrives at camp with his mind made up about just about everybody. And why not? Enough guys to make a great eight are already well known to him. They have already proven their excellence through collegiate rowing and during the previous year's European campaign! All that is required is confirmation, coronation.

Similar . . . yet so different. Pete's confident, competent, fully muscled, incredibly aggressive, a real head-shaker and oar-bender, a member of Pete Billings' undefeated European Eight in 1972, and already a 1973 Eastern Sprints Champion and Thames Challenge Cup Champion at Henley Royal Regatta for Princeton University with Fairthy as his coach. Pete is a true role model.

Mark's strong, has a great erg, but compared to Maxson he's a stylist, and nobody's heard of him. Nothing to hear. Who cares about a line squall?

With all the experienced talent at the camp, Fairthy has no intention of sending a first-year rower to do battle with the world at the European Championships in Moscow. Sure that's prejudice, literally pre-judgment, but isn't it also sound judgment?

So, to eliminate Mark from consideration right off the bat, and perhaps to personally pimp me as well, Fairthy seat races Mark against one of the several Harvard boys present, an English major, a favorite of Fairthy's, a stud.

Must be some sort of mistake, right? Try it again against another favorite. Mark wins again. Horizon job.

There's only one thing to do, right? Open your mind. Change your preconceptions. Celebrate the identification of an unexpected new bona fide talent, right?

Fairthy keeps looking and finally finds someone to beat Mark: a kid from Frostbite Falls, Minnesota named Eric Aserlind. Rows heavyweight for Wisconsin. But who's ever heard of him? Not an Ivy bone in his body. He's a cheese-head, a Badger, for Heaven's sake! No lightweight rowing worthy of notice west of the Appalachians. Harrumph!

So Fairthy has his excuse. Mark is set aside and never seat raced again. Out of the boat. Eric, too. He has served his purpose. 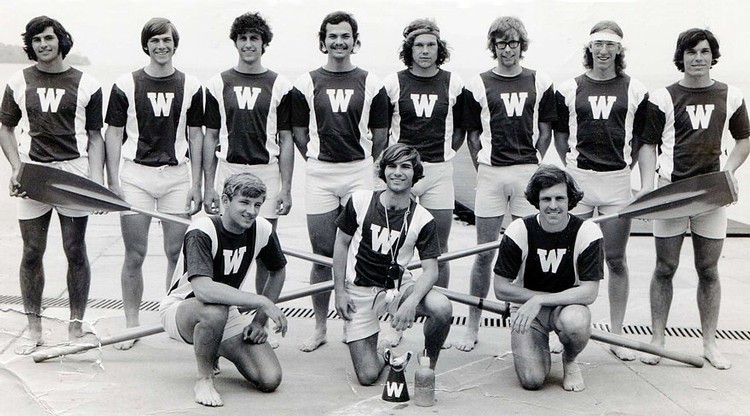 Turns out Eric Aserlind has just returned from Henley Royal Regatta as a member of the IRA-Champion Wisconsin Jayvee, a little detail he was too polite to mention to Fairthy or to me. Isn't life grand?

How about Pete Maxson? Pete loses big in his first seat race. Open water big. And his second. Disneyland big. And so he, too, is never seat raced again.