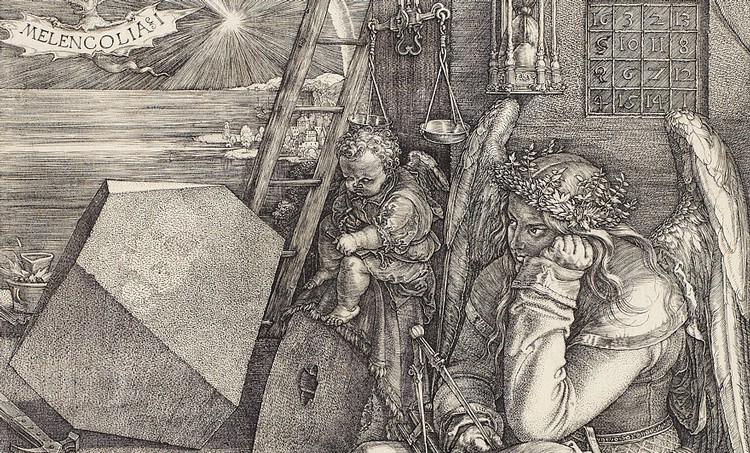 Three weeks have passed since the '73 Sprints, my last as a Penn coach, and I again find myself unstuck in time, mentally steeling myself to load my beautiful Stämpfli single, etc., etc., onto the top of my little dark blue FIAT Cento Vent-Otto.

It is Friday, June 8, 1973, one of those indescribable late spring / early summer days in Philadelphia, I sit outside the boathouse and stare across the river, waiting for the day I will head west to seek my fortune and visit Galen. The sun has regained its strength, and the pungent smell of blooming flowers dulls my senses. Tree branches hang heavy with new foliage, and leaves rustle in the gentle breeze. The Schuylkill River oozes past Boathouse Row, and bugs buzz by in lazy circles.

It's beautiful, but today I hardly notice, way too busy still feeling sorry for myself. 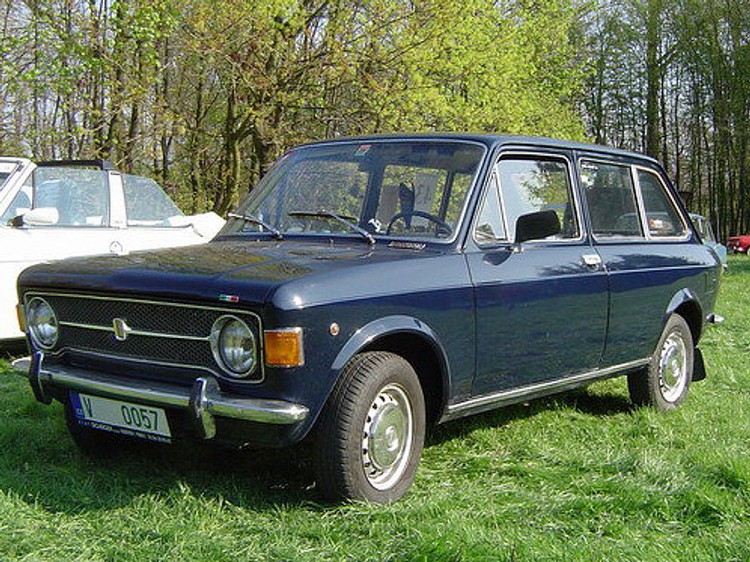 "It is a damp, drizzly November in my soul."
- Moby Dick, Herman Melville

The first year I coached, we lost two races during the season. The second year only one. This year we have finished undefeated . . . and yet we have come in second at the Eastern Sprints for the third year in a row! In a line squall, for Heaven's sake! How could such things happen? I am overwhelmed by missed opportunities.

My kids, including Galen, have gone home for the summer, and I am alone . . . sitting on a bench overlooking the Penn docks, feeling as empty as the locker rooms upstairs . . . The loneliest times of my coaching career have always come in the days after the rowing season has ended, and I am left without purpose in my life.

Some old guy in a suit walks by me, stops and stares out across the river. Never seen him before. Businessman, distinguished, a touch of class in his stature. He's really old, probably in his forties, maybe six feet two inches tall, trim, maybe 180 pounds. I don't know.

Wait a minute! Did he just say he wished he could go out for a row? In a pair? With me? Does he think I'm out of my frickin' mind? Come on! I wasn't born yesterday! Rowing in a good boat really is better than sex . . . but rowing in a bad boat is . . . well . . . and a pair worst of all! The most unforgiving of all boats.

No. Not a double. No Catherine Deneuve. Quel dommage! A "pair", two athletes, each with a big, clunky sweep oar, one placed far in front of the other, asymmetrical, ungainly. I imagine Madame Defarge looking up from her knitting, spitting tobacco juice on the Paris cobbles, pointing at me and passing judgment: "Deux en pointe!" She puts all her derision onto the final "t" sound, and it grates my ear as I am led to the tumbrels.

A pair. God-awful boat to steer, to balance, to row. God-awful. If I end up in Hell, which seems a perfectly reasonable presumption on this particular day of my life, I fully expect to be directed to the bulletin board at the River Styx Boathouse, and if I'm very fortunate, I will be sent to the still-water tanks for a millennium of steady state . . . or maybe I'll be chained to a noisy rowing machine with a handle studded with broken glass and the guy from the Ben Hur movie beating his drum and cracking his whip at me for the next thousand years. That is, if I am very, very fortunate . . . If I'm not . . . I'll be assigned to row in a pair with a total stranger. Simple as that.

All this flashes through my mind as this lonely man with a kind face smiles down at me and suggests we go rowing . . . in a pair. Him and me? Him . . . and me . . . ? What the Hell . . . Literally. Wouldn't this be the perfectly appropriate end to a perfectly horrible day in the midst of a perfectly horrible year in a perfectly horrible life? I deserve this! My mouth forms the words of acceptance as I listen, detached, from somewhere far above, from a great distance across the river.

I'm having another OUT-of-boat experience.

His name is Dewey Something-or-other. Now what the hell kind of first name is Dewey, anyway? We shake hands. (He has a firm grip, I notice.) I find Dewey some really dirty clothes in the lost-and-found box. We pick out a couple of oars and put them out on the dock. Get this. He has never even seen modern Mâcon blades close up before. Why am I not surprised? We pick a coxless-pair off the rack, set it in the water, step in and push away. Just like that.

As we sit and tie in, Dewey asks me what technique do I row? I look back over my shoulder and smugly tell him I can do them all: Conibear, Harvard, Wisconsin, Lake Washington, East German, West German, Russian, accelerated slide, steady slide, decelerated slide, explosive power, steady power, one hand, two hands, fast hands, slow hands, gradual roll, snap roll, no pause, pause at the catch, pause at the finish, I can do them ALL! In short, I'm being a total and complete jerk . . .

Nevertheless, soon we are gliding upriver deep in conversation and actually doing all those techniques. And having fun. You know, the boat feels okay for having some old fart in the bow-seat and my sorry a** at stroke.

Soon we are three miles up the river. We discover we actually have something in common. He tells me he had rowed at Stanford University, and Jimmy Beggs had been his coach. Gentleman Jim Beggs? Why, he was my freshman coach here at Penn! Is this a small world or what? We swap affectionate stories. I never knew that Jimmy had coached at Stanford. I'm starting to figure out this Dewey guy is okay after all. The boat is flying, and I've never enjoyed myself so much.

We are just about back at the dock when he lets slip that he once actually rowed in a pair with Jimmy Beggs as his coxswain - yes, pairs come with and without coxswains, just like fours - so I guess that explains why our boat is going as well as it is. This guy has a bit of experience . . . 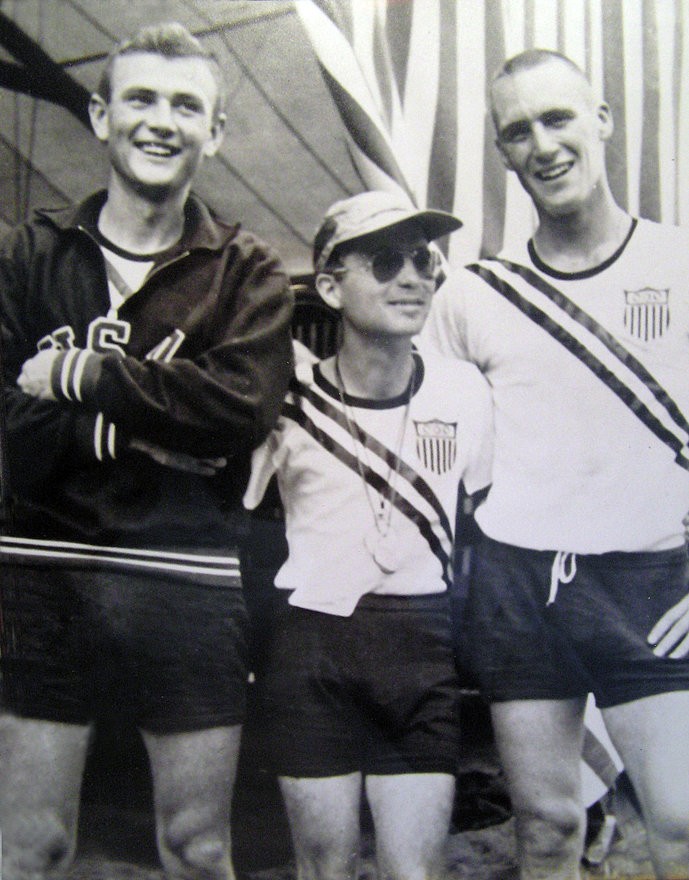 Alright, I have to admit it. This has been downright wonderful. This is the best pair I have ever rowed in, maybe the best boat I ever rowed in . . . Can you imagine? Deux en pointe . . . Wait a minute! Where did you say you and Jim rowed your coxed-pair? Helsinki? As in 1952 Finland Olympics Helsinki? That Helsinki? 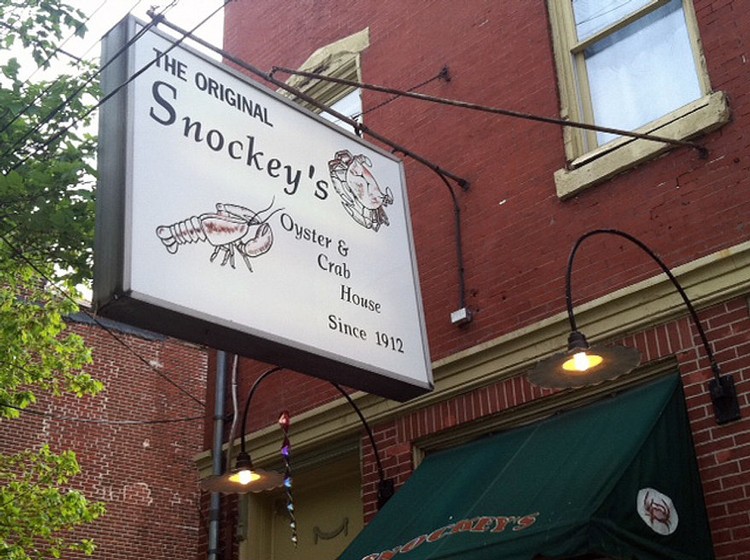 Too soon we are back at the dock. Dewey is all aglow. Magical afternoon. Can he buy me dinner? You bet he can! I want to hear more about Helsinki. I suggest Snockey's, a South Philadelphia institution since May 3, 1912, three weeks after the Titanic sank, or so I read in the menu.

There we are in a booth sharing a huge pot of steamers, and Dewey continues his story. Seems their boat ran into some bad luck at the Olympics, but he and his partner - I never caught the other guy's name - they came away believing that they might actually have what it took to be competitive the next time.

Dewey continues. Trouble was that Jim Beggs was moving to Philadelphia to become the paid Freshman Coach at Penn, which made him a professional ineligible to compete at the Olympics. When they graduated from Stanford, Dewey and the other guy became fighter pilots, and they end up being stationed 700 miles apart. So, on weekends they would fly and meet somewhere so they could embark on another four-year Olympic odyssey, this time in a coxless-pair, and coincidentally spending the last few weeks before the 1956 U.S. Trials rowing out of the Penn Boathouse while Beggsy gave them a final tune-up.

"So," I ask . . . "what happened?" They went to Melbourne in 1956 . . . and they won. They won? The Olympics? Holy cow! I have just spent the day rowing a coxless-pair with an Olympic Coxless-Pairs Gold Medalist? I nearly faint. 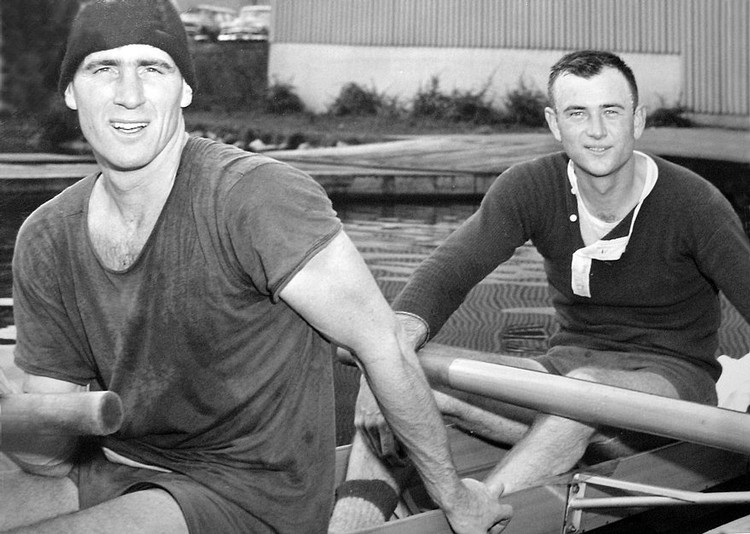 I imagine dying . . . and somehow I'm going to Heaven after all. I go to the bulletin board at the boathouse along the river that flows through the Elysian Fields, and Sy Cromwell has put in a good word for me. I've been assigned to row in a pair with Duvall Hecht.