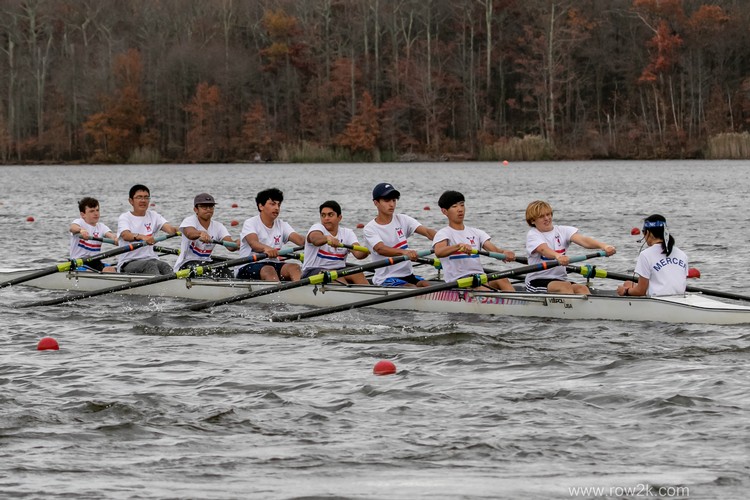 To learn more about this series and the topics we plan to cover, please visit the Youth Coaches Corner's index page. Youth coaches are invited to contact row2k to get involved in future columns.

This week, the answers we received to the next three questions we asked about Bringing Kids to Rowing, about ways to set novices up for success.

Do the novices in your program train and compete as a separate group? If so, what makes a given novice year’s class successful, in your estimation?


At OARS, our novices train as a separate group up until about December, so they have a couple of months to gain strength and knowledge of the rowing stroke before assimilating into our varsity, which allows them enough space to grow. The novices compete as a separate group for the majority of the season.

A given novice year's class can be successful by being mentored by older seasoned rowers currently on the team, a slew of coaching staff supporting them throughout their learning, much more time on the water than on the erg, and constant reminders of what they are training for: states, regionals, and nationals!

Most importantly, though, novices need the capability to make mistakes and learn from them. 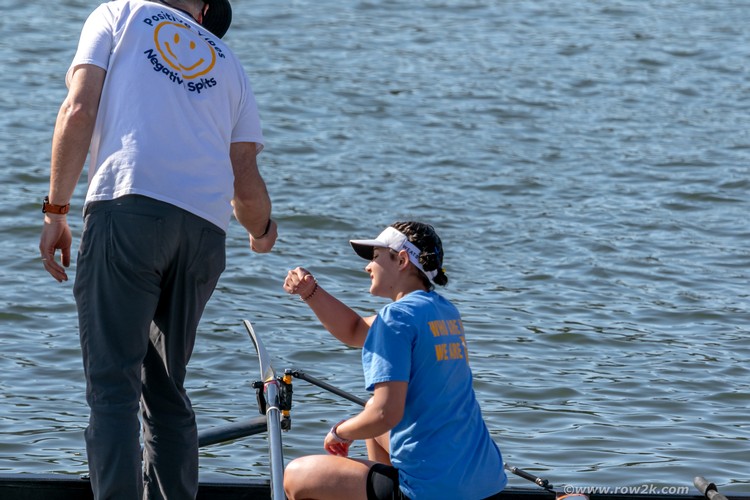 
Since we are a scholastic program we do not get the athletes until they are in 9th grade. Also by school rules, we have limited opportunities in the fall. So we do rudimentary learn-to-row sessions with experienced athletes showing up and forming stern pairs (and sometimes 3/4s) for them to follow. During winter training, the novices start as a separate squad but we integrate them as much as possible as we move into late January and February. Once we get on the water in the spring they have their own coach and train as a separate squad.

If a non-freshman novice is making enough progress to make it into an experienced boat, we will give them an opportunity to win a seat, as there are no novice events at Stotesbury or SRAAs, but we tend to keep the freshmen together unless someone is so outstanding they can make the 1st 8.

I warn them if they are prioritizing 4 over 1, 2 and especially 3, it will hurt the program in the long run. On the other hand if they handle 1,2 and 3, the 4th goal generally takes care of itself.

I was a big fan of “Freshmen Rowing” at the collegiate level. I think building strong classes was so important to sustained success. Yes, there are absolutely novice athletes big and strong enough to row with varsity team members. And at times they can be mixed in when a situation calls for it. However, a class coming through their first year together is that rite of passage that binds them together and also gives them the same type of experience the class before them had.

We scale the work a bit for the learning curve, but the Rookies do the same type of work that the Varsity does each day. Teaching them the craft first on the water while pushing them on land will bring the worlds together in the middle of the fall season, when strength and technique meet each other in the shell.


We separate our novices for a good portion of the year, but once they get the hang of things, they join in with the more experienced kids. It is great fun when you have a good class of novices. I think that culture really plays into making a novice class successful.


Our novices train on the water and compete as a separate group. However, for land workouts and team building, we mix everyone. Having all the groups train and have fun together builds team camaraderie. The most successful novice groups are those who buy-in to the team goals that we set up at the beginning of the season. 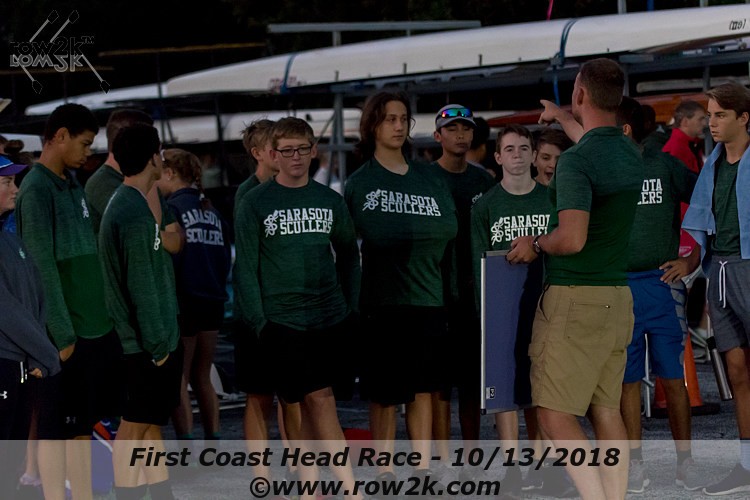 If you mix novices with your more experienced rowers in your program, what would you say are the keys to integrating the newer athletes successfully?


We do mix our novices in with experienced rowers and, especially with COVID and skipped racing seasons, that has been necessary for the growth of our program. I try to make it very clear that we are a program and, while a varsity rower can and should be a great role model, a novice can also challenge for your seat.

We start each season with about a week of full integration. We will mix experienced and novice rowers in boats and on land, offering novice rowers greater stability, empowering experienced rowers to lead, and also allowing everyone to create more connections with students on the team. It’s been helpful in both getting novices up to speed (and stability) a bit quicker and in building team culture.


I like to mix crews in the early fall/spring seasons and in the summer sessions. We usually start with an 8 that has 6 Varsity members and 2 rookies. Over time we will change the mix a bit more to include more novice athletes in the lineup. Understanding the more advanced boat feel and working with varsity coxswains is so important to their development. It’s great to see the veteran girls welcome, encourage, and help the newcomers—-like a minor leaguer getting a “Cup of Coffee” in the big leagues. It always seems to have a positive effect.


When we mix our novices into our varsity lineups, we remind everyone that it is a necessary part of the training plan, and the novices need the varsity team's support to create an entirely faster team for years to come. This integration is as successful as it has been in the past due to communicating the novice training plan with the varsity coaches to make sure their strength and knowledge are consistent as the novices grow into varsity rowers.

More importantly, having the entire team warm up and stretch at the end of practice together from the start of the season, even when novice and varsity are following separate plans, as well as speaking to them as one team, assists in creating our "one-team mindset." 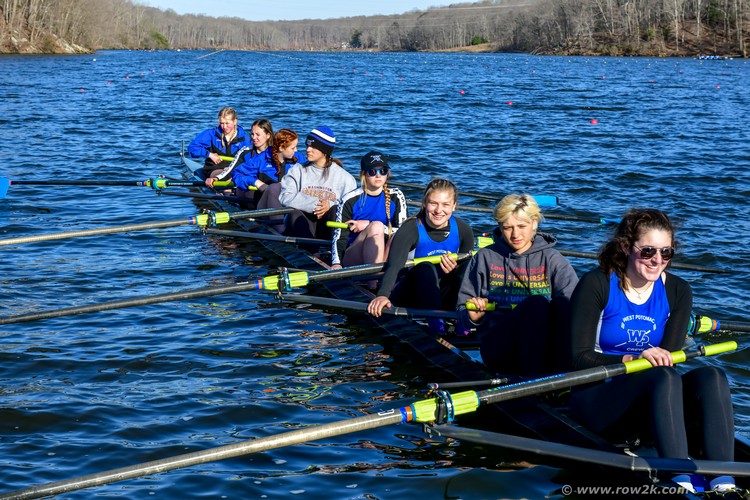 Have you found it more effective for novices to have their own specific coach or an ‘all hands on deck’ approach?


Novices need some individual attention and a "go to" person. This helps them to feel safe and able to develop at their own pace.


When novices have a separate coach, they get the individual and consistent attention they need. We do see the value in having a different set of eyes on the boats, though. One of our goals this year is to have other coaches rotate on occasion.


OARS has found it effective for novices to have their own coach while they are following the novice plan: this allows the coach to be focused on what needs to be taught and trained each week, and creates lasting bonds with the athletes.

As a novice coach, I have found that I enjoy calling in our Assistant and Head Coach to a novice practice to have more eyes on the growing athletes, especially if something I am teaching the novices has not clicked yet, because other coaches may turn on a light bulb in a rower's brain that I have not been able to. Bringing in other coaches, specifically our varsity coaches, allows novices to become more coachable, and comfortable with their future coaching staff.


I think it is very important to have a Head Novice Coach. Good Novice Coaches are so unbelievably important to the overall success of the team. They are the first person the athletes get to know and work with. They make the rookies feel like a part of the team from day one and teach them the game on and off the water. The Varsity Coaches should be there to check in, introduce themselves so they don’t seem unapproachable and see what the future holds, but I really like giving the Novice Coach his/her room. A good Novice class should be up to speed, enjoying the process and ready to take that next step when their first racing year is over. 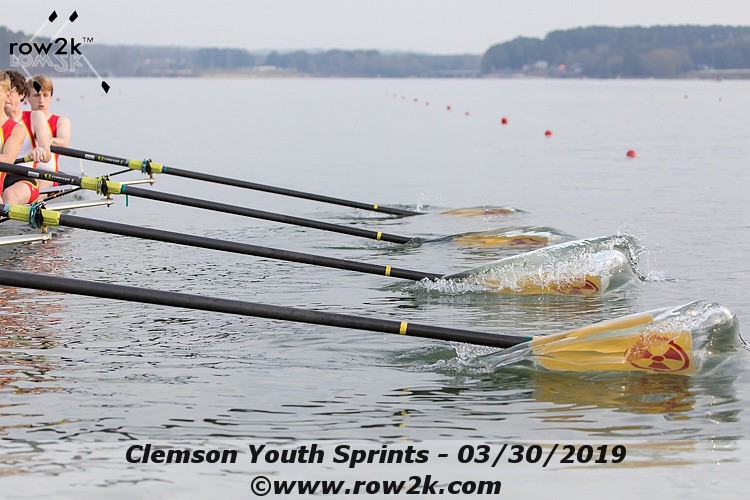