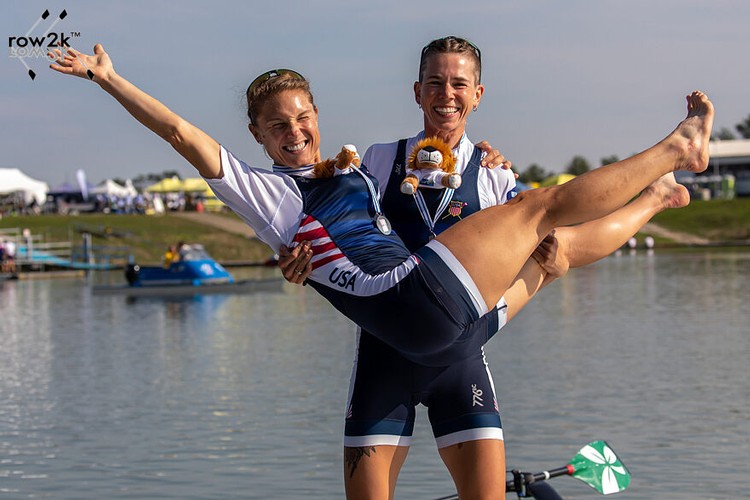 Molly Reckford and Michelle Sechser of the USA LW2x had an epic 2022 season. The double kicked off the year with a win at World Cup II in Poznan, POL. Next, they won the Stonor Challenge Trophy at Henley Royal Regatta. At the World Championships in September, the double won the silver medal behind Great Britain. Then finally, Reckford won the both the Lightweight Women's Single at the Head Of The Charles, and Reckford and Sechser placed 1-2 at the Pan Am Trials to qualify as the Pan Am double. Well rowed!