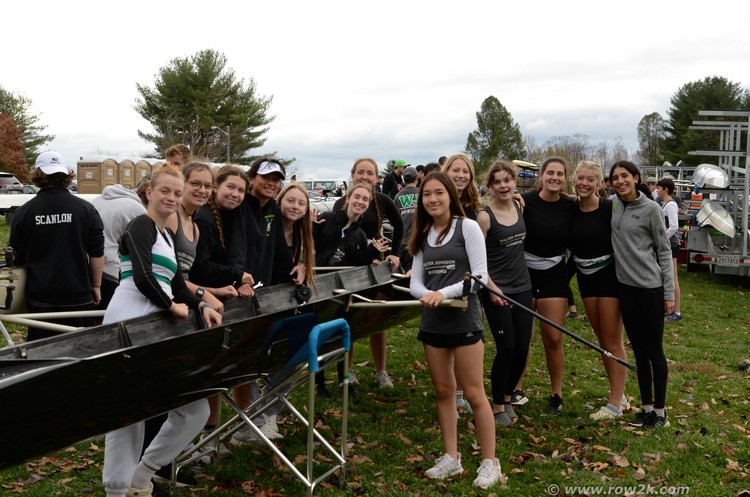 To learn more about this series and the topics we plan to cover, please visit the Youth Coaches Corner's index page. Youth coaches are more than welcome to contact row2k to get involved in future columns.

This week, the answers we received to the third of five questions we asked youth coaches about Program Building and Team Culture:

What are the most important factors in maintaining a positive team culture over multiple years?

CHRIS RICKARD - JACKSON/REED HS - VARSITY WOMEN
Positive culture builds on itself, but it doesn’t continue automatically: it takes constant maintenance and intentionality. An important element is being proactive about building bridges between the returning varsity members and the new members joining the squad.


Having a coaching staff that understands our mission and vision. Consistency in coaching is really important, but difficult to do at the high school level with so many coaches being young and at a stepping stone point in their careers. Maintaining traditions has helped. We've got silly, fun events that our kids look forward to each year and keeping those fun things year after year are important. 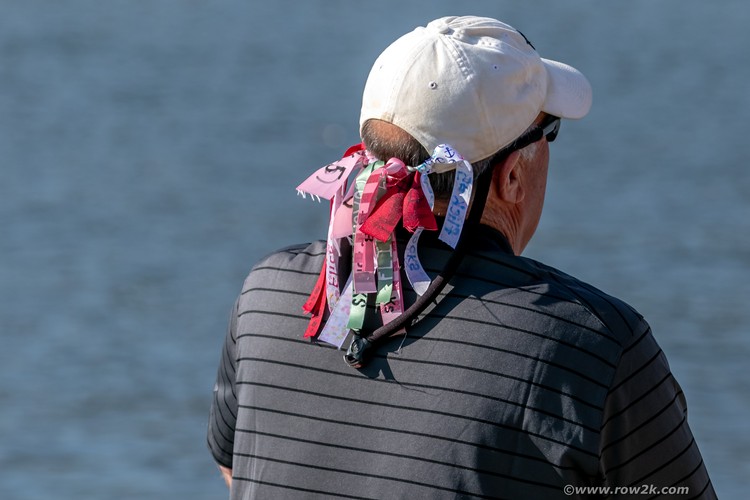 The Race Day Ribbon tradition: strong at the Flicks

ROB WELSH - ROW NEW JERSEY - DIRECTOR OF ROWING
At Row New Jersey, we do not focus on one particular opponent or race. Rather we focus on creating the circumstances where success often happens. You can't control what an adversary will or will not do on race day but plenty of books have been written in and out of the sporting world about building a winning environment. Do your best to bring about such an environment, have fun, and let go of the outcome!

CONOR FEARON - BOSTON LATIN SCHOOL - VARSITY WOMEN
Consistency, learning year to year, and positive leadership from the right people. Maintaining a positive team culture is something that never stops. Every action that everyone on the team takes has an impact on the culture. Every choice we make has the chance to increase the quality of connections between people and build trust within our squads. As they said in Harry Potter: “It is our choices that show what we truly are, far more than our abilities.”

When a top rower decides she is above the team, that is a choice that creates a division between her and the team. That girl is no longer contributing to making the team as fast as it can be. Just because someone is the best doesn’t mean the team operates at its best with her on it. If a girl loses a seat race and lets that affect her attitude toward future practices (beyond the initial frustration), then she is no longer making the team as fast as it can be. If we’re criticizing each other instead of assisting each other, we are not working towards our goals. I would rather lose than win with a group of girls who cannot operate as a positive influence to those around them. The best players in any sport make those around them better.

We also need to be consistent with what we do and how we handle situations. Self control is huge and one of the hardest things to achieve in our lives: many adults never figure it out, let alone teenagers with raging hormones. When we inevitably lose track of ourselves we need to address it immediately. Oftentimes that means having direct and open conversations that may be uncomfortable, either individually or as a team. Those conversations ultimately create a closer bond, when we are able to trust each other with being that open and honest. We need to take those lessons and learn from them every chance we have. If your team is constantly having the same issues, then you are not learning year to year or getting better at the things you need to work on. 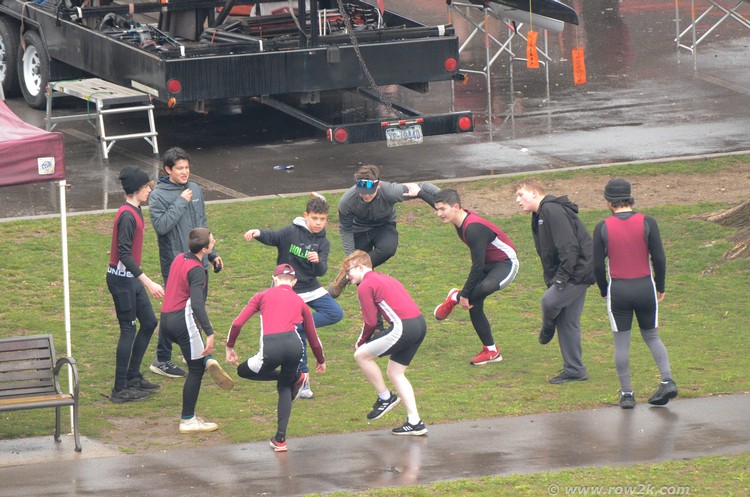 Giving people a platform to be positive leaders is a large key as well. It can’t just be your team captains: every person deserves the opportunity to be a leader on your team. Give them chances to use their voice and you’ll be pleasantly surprised at who steps up when they feel safe, supported, and comfortable to do so.

PARKER WASHBURN - DEERFIELD ACADEMY - VARSITY WOMEN
I think it comes down to having the right kids in the program. Ultimately, they are the ones that must sustain the culture, so attracting the right kids is a good first step. I have found that it is important to have students who are competitive, committed to hard work, supportive of their teammates, and able to bring joy into what they are doing to be the most important kids to have in the program.

Coaches can facilitate the development of culture, but my role is to empower the students. So, I find myself asking for input, goals, and feedback so that the athletes, especially the leaders, play an important role in shaping the team each year. What I have found is that each year the team wants to make progress from the year before.

DAN ENGLER - BETHESDA-CHEVY CHASE HS - VARSITY MEN
Team culture requires constant attention. I set our program's ethic on working hard, sticking together, and caring more about others than we do about ourselves at the start of each season. Then I remind the athletes about that ethic whenever we need to decide something as a group, and hold individuals accountable to the ethic when they act in ways inconsistent with it. I articulate this ethic to the athletes, other coaches, and our governing board at the beginning of each season and use it as the goal for every decision we make as a program.

The kids very quickly understand that we are about the business of being the best people we can be for others in this program, and those who are not stand out rather quickly as not being the right fit for our team. 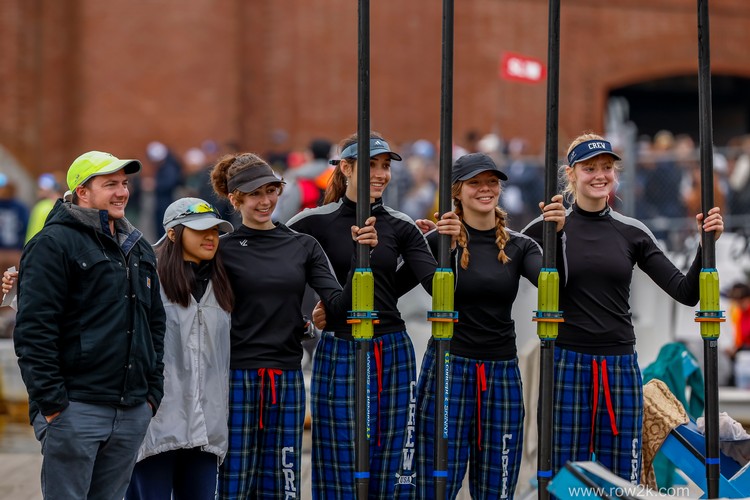 JOHN THORNELL - STONINGTON CREW - VARSITY WOMEN
For us, I think our leadership is critical to maintaining culture. Captains and varsity rowers set the tone for the rest of the team. It's great to see new rowers gravitate to the culture set by their peers. Of course, our rowers want to work hard and want to succeed. At the same time, they want an environment that is welcoming and supportive, as well as a team that is respected in the community. Because our current leaders were once new rowers and had such positive experiences on the team, they want to provide similar experiences for their younger teammates. The senior rowers are active in maintaining our culture, whether it's a single incident that needs to be addressed or a team planning meeting.

ROB WELSH - ROW NEW JERSEY - DIRECTOR OF ROWING
Now for the nuts and bolts of such theoretical concepts: if seeing competitive success is one of your junior program aspirations, remain reasonable about what will be required to achieve such a goal. No matter your geographic region, sooner or later you will run into large, well-coached, well-resourced juggernauts standing between your team and its competitive goals. Such opponents will not row poorly, at least in the upper tiers. They will not be poorly trained or equipped—and inferior coaches do not last long at the ultra-cutthroat junior level with parents paying top dollar and looking for results quickly. We all only have so much time to utilize after the school day ends so telling your kids "goshdarnit they are just have to out-row or outwork such opposition" is naive at best. As a coach you have to make your crews understand the quantitative and technical standards required to match their goals. Then build or go find the athletes who can actually achieve such standards in the facilities and window of time you have to operate.

Finally—-and this is probably the most important and under-discussed part—-if you train or push your kids particularly hard, you better have a way to show them a payoff for their work or you will struggle to have them put forth such an effort again in the future. 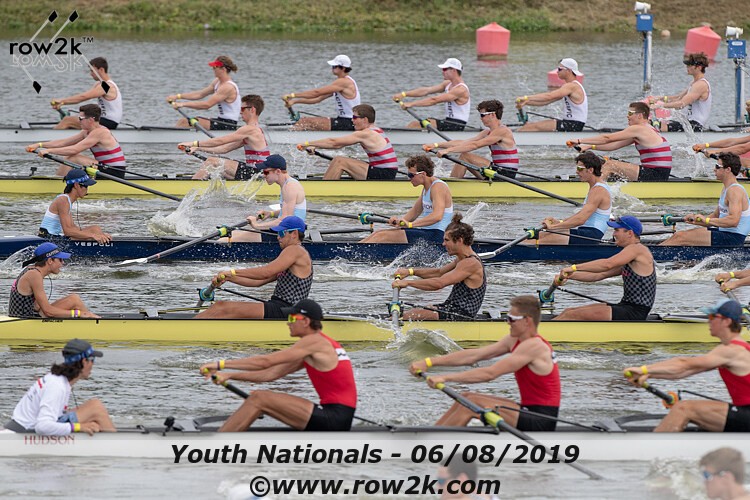 In other words, if a team is simply far too lacking in physiology, depth, talent, etc., to win a championship, don't push them to the physical and mental brink as if they are. That's a great way to get yourself replaced by participants and families who want to see more tangible rewards for the commitment. Too many well-meaning coaches will erroneously think and tell their crews they won't know how far they can go until they try or are truly pushed to try. While that's true, in the real world of American youth sports you have to live with the fallout of how far they actually went.

Remember, we are trying to build a program/culture here. Countless hours on the erg and icy, frigid spring mileage to go from the back of the time trial leader board to somewhat higher but still easily eliminated will not inspire a critical mass of American teenagers to pour their heart, soul, blood and tears into a potential repeat performance. Ditto losing yet again but by somewhat less to the same regional or national powerhouse up the road. Instead, schedule and prioritize easier races first so your kids can feel true satisfaction of progress: the thrill of crossing the line first or even just racing a similarly skilled crew all the way down the course without significant separation. You can test yourself against the top tier once in a while when the timing is right. But constantly racing top-level programs when your team is not at such a level will only add a sense of malaise and blunt momentum. Such negativity will hinder the roster growth you need to eventually have too many rowers competing for too few seats in your most competitive boats—and it is that critical mass of depth which will vault your program speed to the next level by forcing the participants to up their game. It's the larger roster that raises the minimum standard within your team, solving many team culture issues for you without lifting a figure.

Don't plan a race schedule not conducive to roster growth when building a program or you will never achieve the "circumstances where success often happens" that we look to create. After all, as many a coach in every sport will note: the coach leads the way but ultimately it is the athletes who determine if the whole process works! 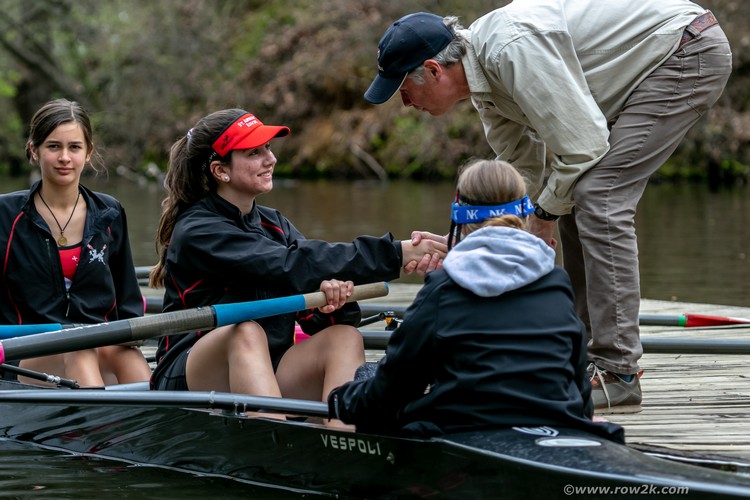