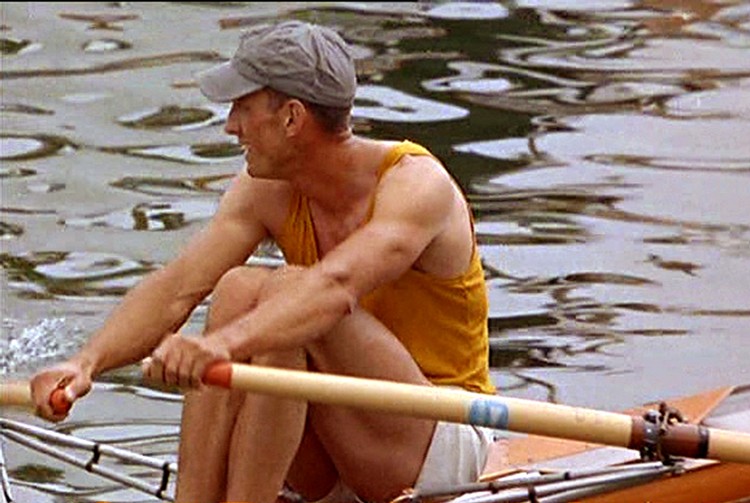 When Fairthy Farthington's 1972 lightweight composite team camp convenes at the Harvard Boathouse in Cambridge, Massachusetts days before my 27th birthday, I am the oldest, most experienced, most versatile athlete present. My ergometer scores are more than competitive. And after 1971, I'm in a class by myself on stadium stairs. I'm comfortable on port and starboard, experienced from bow to stroke, pairs to eights. And after a spring battling it out with Iverson/Meek/Hartigan, I'm even one of the country's better single scullers - to be sure not as good as Bill Belden over 2,000 meters, but please let's not dwell on that any more than necessary.

By the time I get there, the early arrivals have done a head count and suggest I shoot for the starboard side. There seems to be an overabundance of superstars who have stroked their college varsities on the port side. Fine with me! Every morning I row starboard in an eight under an interim coach while we all await Gladstone's arrival back from Henley Royal Regatta, and every afternoon I practice in my single with a group of local Charles River scullers led by Ben Jones and 1964 Olympic Doubles Silver Medalist Sy Cromwell.

Have you ever met Seymour Cromwell? A gentleman. Sadly, he died of cancer just a few years after we rowed together in 1972. The world's loss. I really didn't know him all that well, and I still miss him terribly.

The great love of Sy's life, besides rowing, was Gail Pierson, but she wasn't yet his wife when Sy and I sculled together on the Charles that summer. Coincidentally, Gail and her mother would be counted among my absolute best friends in the weeks just after team selection in Cambridge that summer of 1972, Gail and I the two American single scullers at a series of European regattas so far from home. Gail is now best known for having rowed 7-seat in the U.S. Women's Eight which won a Silver Medal at the 1975 World Championships in Nottingham, England, "The Red Rose Crew," as it is now fondly remembered, thanks to Daniel J. Boyne and his excellent book. 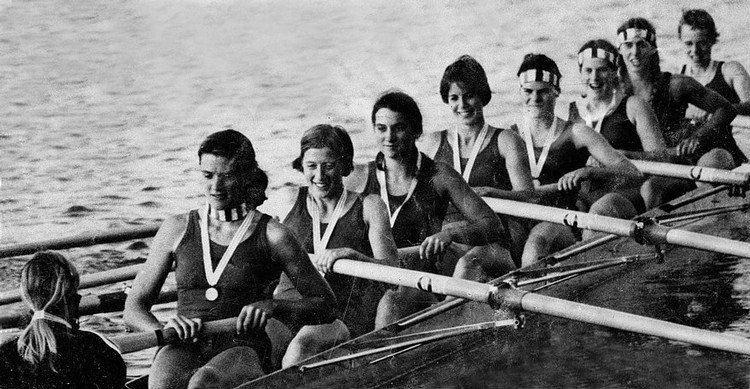 That boat was full of pioneer woman rowers who would soon become legends in rowing history - I am so very fortunate to have been able to call most of them my friends - and their coxswain, high school sophomore Lynn Silliman, was from my program in San Diego! Is this a small world or what?

I last saw Sy at the 1976 Olympic Rowing grandstands on Île Notre Dame in Montreal. Gail was leaping all over my case because I hadn't been more grateful that the team I was coaching in San Diego was assigned some 50-pound Olympic Development Pocock fiberglass training single that nobody else wanted and I didn't ask for and had no use for, and because I hadn't dropped everything and driven 1,000 miles to pick the frickin' thing up. Sy suggested to his dear partner in life that their time together was going to be too short - they had already gotten the news about his health from his doctors - too short to waste any of it being angry. "Way too short, dear." Words to live by . . .

Friend Rob Lea: "Sy set about living the rest of his four score years in the months which remained. He married Gail, traveled and conceived a child while his health permitted, then returned to Cambridge to be among friends for the final stages of his cancer."

Seymour Cromwell, indeed a truly gentle man, died on May 2, 1977. Rest in peace, my friend.

Do you know how Sy first figured out he was sick? A couple of years after I rowed with him in 1972, he was training to make the 1976 Olympic Team at the age of 42, and he noticed his 500-meter times weren't coming down the way they should have. Now there's a man who lived life to the fullest!