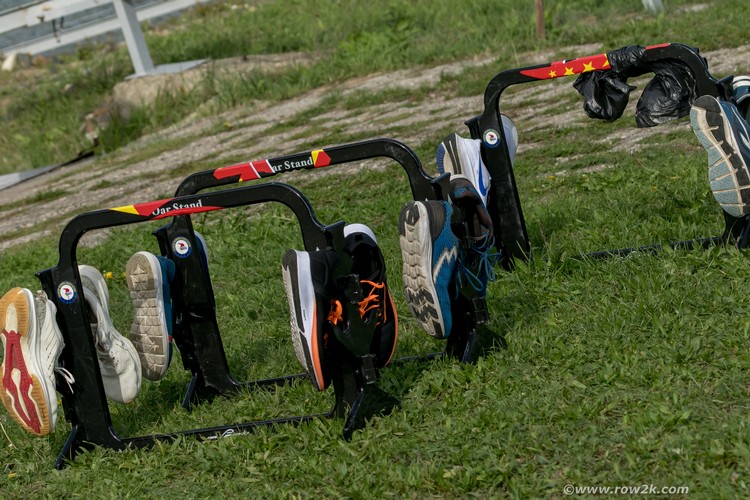 This one might not be so much a Hack as a trick, since has clearly become a "thing" nowadays: teams that have gone all in on the oar carrier craze putting them to work on shoe-duty while the oars, and shoe-wearers, are out on the water.

But, after all, most hacks start with some clever repurposing, so here it is, in all its glory: The Shoe Carrier. 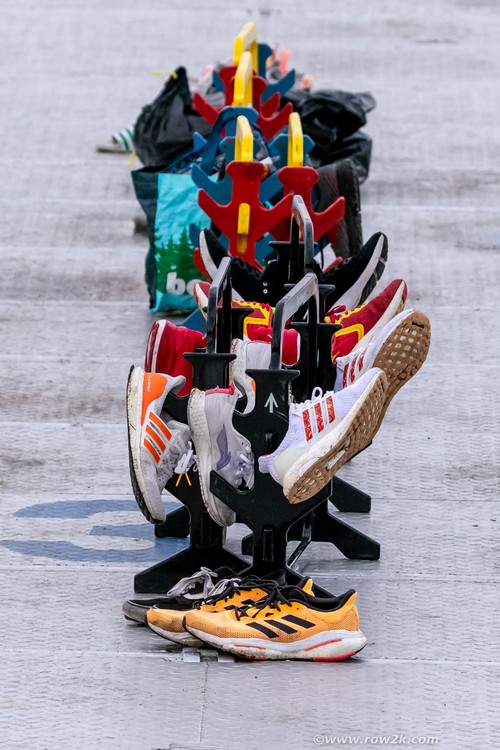 A dockful of this Hack

Even if the shoes are not a perfect fit--can the oar carrier be hacked to do both jobs seamlessly?--what gets carried to the dock does have to get carried back, so why not put the oar hooks to use gathering up the footwear your crew leaves behind?

In truth, this trick works best with certain types of shoes--slides for the win here--and certain sizes of boats: pair, double, quad? Sure. An eight with a coxswain who goes shoeless in the boat? Maybe not.

We also have to point out that this trick won't work as well in the rain as the repurposed tote bag, but it does mean you won't need to have any bulky shoe buckets or even a shoe cart taking up space in your trailer--and that is probably a good thing if you are packing it full of oar carriers.

By the way, while we are on the topic of oar carriers, which would be a cool hack in their own right if they were not already a product marketed with a slick name, it might be nearly time for a Rowing Hack Photo Gallery of the coolest oar carrier paint jobs.

Our leader in the clubhouse, so far? Probably Norway: 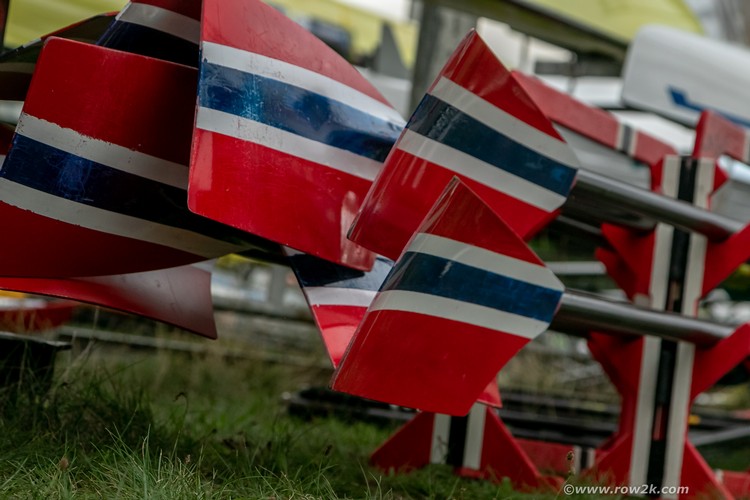 Though it might be hard to top U of M for bespoke design: 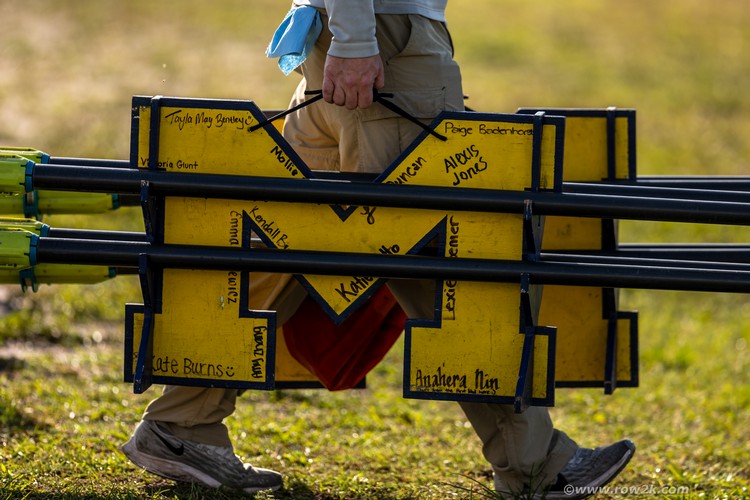 Both of these are a step up from this school's scheme, though we could probably award them extra credit for copious use of electrical tape, but that is a different Hack Hall of Fame altogether.

We are pretty sure we have yet to see it all when it comes to hacks for shoe-wrangling, so share your tips--and tricks--in the comments below. 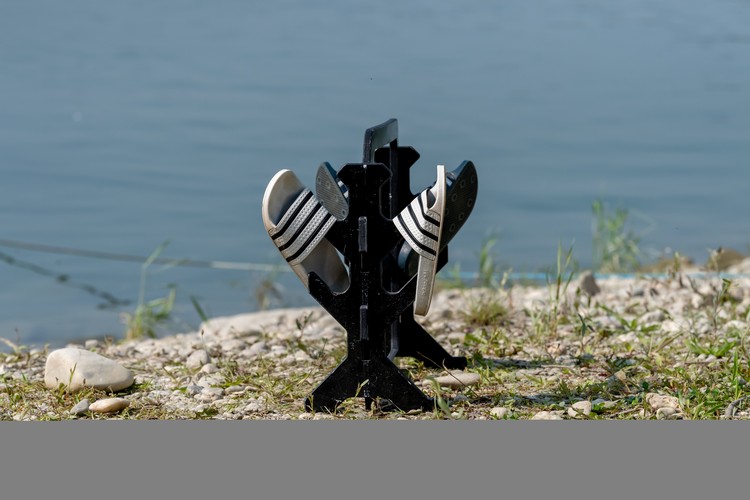 Spotted way back at Worlds in 2019