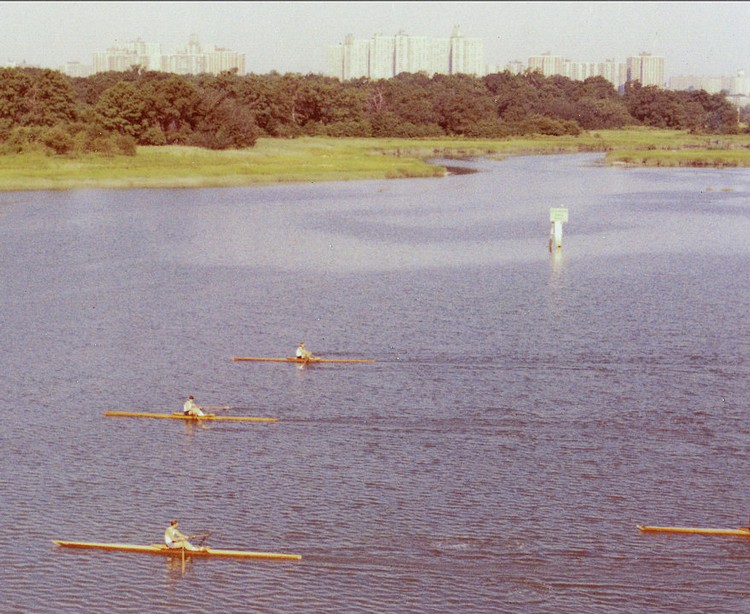 It's over. I've gone 58 strokes instead of the usual 57 to be absolutely sure I don't stop before the line. I let fall with my blades as the boat keeps gliding. I look around. There are only two of us left out ahead of the rest, Bill Belden and myself, the hissing sound of our oars sliding over surface of the lagoon the only sound reaching my ears, both of us looking at each other for the first time today.

He asks me, "Do you know who won?" I cannot comprehend the words.

We paddle over to the stands. My Dad. He's actually come to another one of my races, the first time since my Penn-Yale-Columbia race in 1966 (and the last time in my life, I can report with the benefit of hindsight). He takes my picture, the first photo of me in four trips to the U.S. National finals. Imagine that!

Jim Barker leans down from above. For years he has been Bill's coach, and in 1968 and 1969 he was my coach as well, and none too pleased about it. Jim never thought too much of me as a person, even less of me as a single sculler, and there wasn't much to think about . . . at least compared to Bill. In the dash, Jim thought he had seen my best on Independence Day. "Incredible race, Pete. I've got to hand it to you. Incredible race."

Bill and I wait for the results. They come. Bill first, me second . . . by two feet or so. Another Silver! That makes four at the U.S. Nationals. If they were rings instead of medals, then I've run out of fingers, and I'll have to wear the next one on my thumb! Oh my! 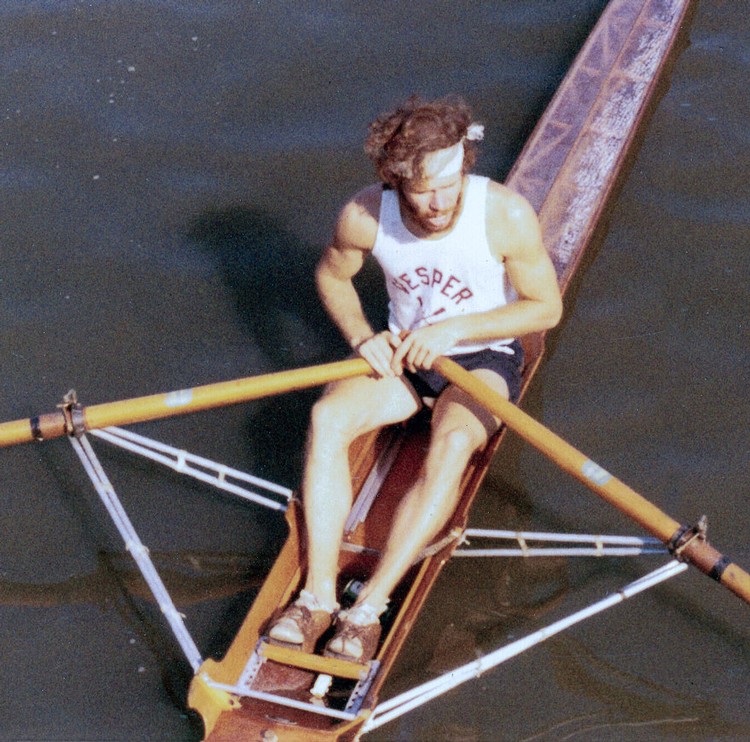 But, in the end, who else needed to know? It's the strongest and bravest I've ever rowed. Another U.S. National Silver . . . but a personal Gold. Perfect irony. Too bad it isn't enough to call a halt to my personal odyssey. Too bad nobody else noticed.

The following year will be the year I purchase my own brand new Stämpfli single from the factory in Zurich. It will become my pride and joy, the best boat made anywhere in the world, the Ferrari of racing shells. I keep thinking two feet! And with an old boat! Maybe with a new one I can crab and still win! I will name it "Argent", French for the money I will need to spend to purchase it, Latin for Silver, in honor of all the Silver Medals I have earned . . .

. . . and that is how my brother comes to play a role in my rowing career. 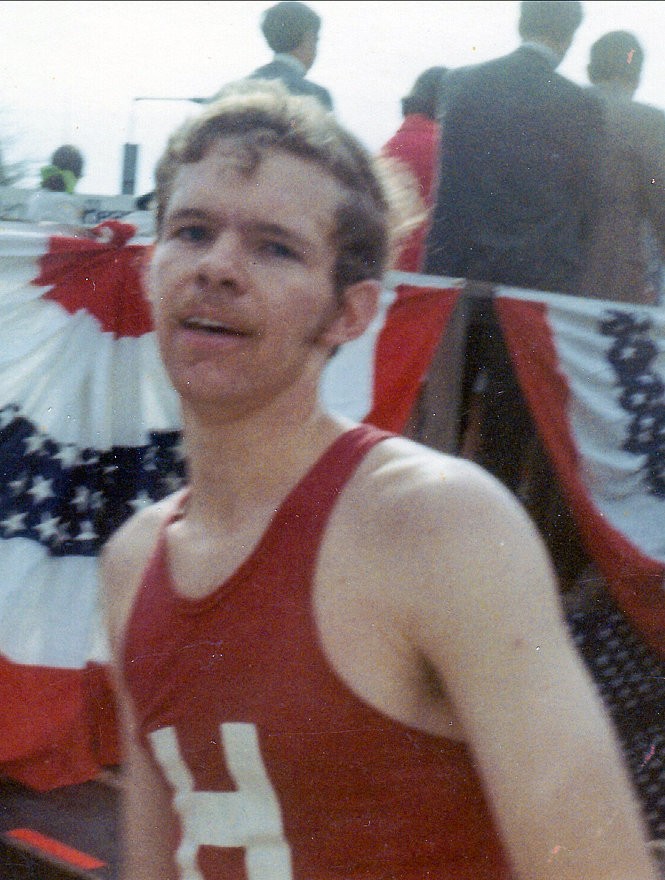 After having run in the Boston Marathon with me in 1969 and having graduated from Harvard in 1970, my brother George was living in the Bronx while attending Albert Einstein College of Medicine. In 1971, he took a required course in psychology. One of his assignments was to choose someone interesting and analyze him or her in front of the class as a case-in-point.

Well, you know where this story is going. It was me he chose. I became his case study: obsessed with winning, haunted by my destiny to forever finish second:

. . . as a coach, second in the end-of-season Eastern Sprints Championships - the first of three consecutive second place finishes, I can now report from the distant future,

. . . as the oldest son, but second in the never-discussed competition for the respect of our father. Oh yes! George the obedient child, me the rebel, he the graduate of Dad's beloved Kent School, me the son who skulked away from Kent in the middle of the night, George admitted to Yale, Dad's alma mater, even though he chose Harvard, me wait-listed at Yale but thrilled to go to Penn, George the physician-to-be, me only a coach,

. . . and on and on. Now I was even rowing a shell I have named Argent, for Heaven's sake!

When George told me about what he had done, I felt for a moment like my privacy had been violated, my brother dissecting my life in class as if I were crazy or something, sort of like I was a bug on a slide under a microscope. And I think he got some of it wrong, too. I love competition. I love to win, but I never resented losing. The essence of competition, indeed the essence of life, is the risk, even the inevitability of losing. Winning has never been my goal. It is the quest, the odyssey, that gives meaning to life!

An existential man, that's me. 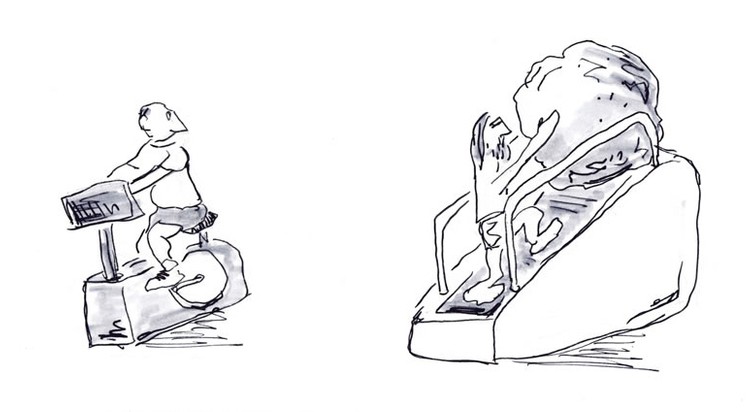 And while I was often disappointed that my father didn't appreciate me for who I was, I think that was his loss more than mine. And I was never bitter! Oh no, not me . . . And I always respected my brother, his temperament and his accomplishments, but I never particularly wanted to be like him either. Heavens no.

But, you know, I always presumed that I would have retired from competition after college if only I had kept my seat in the Varsity Eight my senior year. I would have retired from competition on the spot if only I had won just one measly U.S. National Gold Medal. As I look back, I'm glad I didn't retire, so I have to be glad I was indeed "crazy" enough to catch my brother's eye. So, bravo George!

And bravo me! Move over Sisyphus! Let me have another crack at that rock!