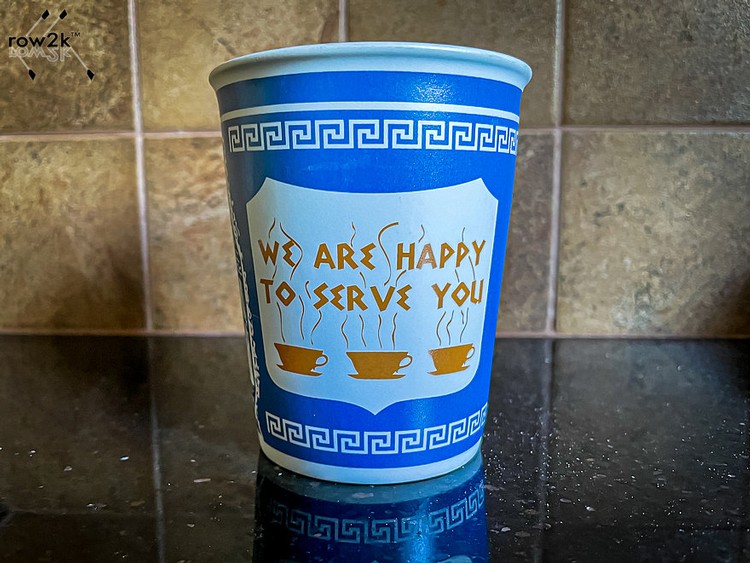 We come across sports science studies of possible interest to rowers all the time, here are a few for your consideration.

This one might surprise very few rowers, but a bit of affirmation never hurts - to wit that hard interval training leads to positive adaptations in cardiac function.

The study, titled Effect of Interval Training on the Factors Influencing Maximal Oxygen Consumption: A Systematic Review and Meta-Analysis, compared High Intensity Interval Training (HIIT) - let's say five minute pieces on 2-3 minutes rest - with Sprint Interval Training (SIT) of shorter, maximum intensity efforts with longer rest - let's say 15-20 stroke pieces with a few minutes between efforts. In a rowing boat, this could even be something like practicing starts, or lifts like the last 20 strokes of a race.

The conclusion - most of the adaptations we need for rowing - increase in stroke volume, increase in plasma volume, and increased heart muscle mass - were improved mainly via HIIT training.

However, capillary density increased most after SIT workouts. As YLMSportScience put it, intervals train your heart, sprints train your muscles.

Effect of Interval Training on the Factors Influencing Maximal Oxygen Consumption: A Systematic Review and Meta-Analysis.

There is a bunchof information here to wade through, but pretty much everything says that caffeine makes you faster (over distance), stronger, have better endurance, and perform better: International society of sports nutrition position stand: caffeine and exercise performance.

For rowers, the sections on 'Caffeine and Endurance Exercise' and the 'Caffeine and sport-specific performance' will provide the most payoff; notably the observation that cross-country skiers had a reduced time to complete a set distance and improved time to task failure. That same section does show a number of cases where caffeine does not provide as big of an advantage, in particular in anaerobic efforts such as the NFL combine, sprinting efforts, and some (but not all) maximal strength efforts.

It did, however, help basketball players to jump higher - so seems pretty reliable for Altius as well as Citius, if not always Fortius.

Nicotine, Maybe Not So Much...

A study of the effect of "Snus" use on athletic performance is a more mixed bag, but ultimately recommends against nicotine use, with negative effects including decreases in maximum force generation, slowed reaction time, readiness to train/wellbeing scores, and increased injury risk. Some studies did find increased muscle and cerebral oxygenation, but not all found improvements in perception of effort or time to failure.

Nearly all found that athletes who are already addicted to nicotine need nicotine to maintain baseline athletic performance. Then of course there is the cancer risk.

Here is one study titled Practitioner observations of oral nicotine use in elite sport: You snus you lose - or see this easy to read Infographic on second panel - or read this very complete and coherent look at the issue at ScienceDirect: The effects of oral smokeless tobacco administration on endurance performance.