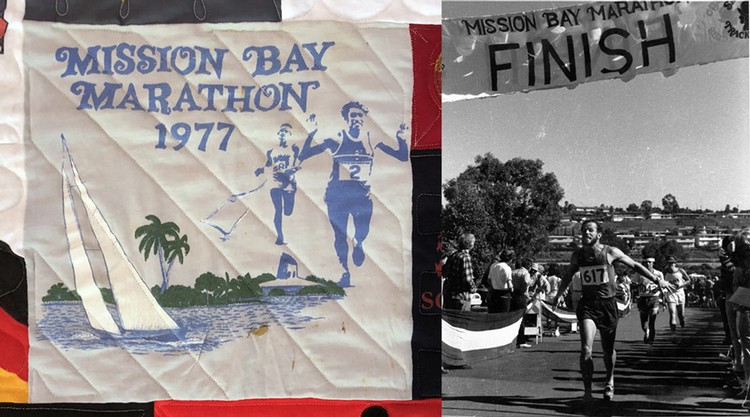 After the Boston Marathon in 1969, I would run only two more marathons in my life, the first being in Santa Monica in 1973, just weeks after I moved to California. When I found out about the race, I only had ten days to train - Stupid Idea Alert! - and I remember hurting so bad in the last ten miles that all I could think of was devouring a root beer float with vanilla ice cream when it was over. I determined that if the Baskin-Robbins I had spotted earlier near the finish was 10 feet short of the line, I would go there first.

Fortunately, I suppose, it was 10 feet past.

And then the Mission Bay Marathon in 1977, at the height of the renaissance in rowing I had brought to San Diego. I started surrounded by a whole bunch of my fellow rowing team members, but by the end we had all gradually drifted apart, and I crossed the line alone, a big smile on my face, lunging for the tape for the benefit of the camera as if the last tenth of a second was actually important.

Ironically, I ran all three of my "official" marathons, 1969, 1973 and 1977, in about the same time. So much for improving with age. Today my running days are a distant memory. So it goes. Poo-tee-weet.

Back to 1969. I returned once more to Undine that summer, but Fred's replacement as coach, Jim Barker, hated all of us Penn Lightweights, knowing we vastly preferred Fred, but he seemed to dislike me most of all - a man of rare good judgment, you might conclude with some justification - and after an embarrassing team performance at my beloved Royal Canadian Henley, I skipped the U.S. Nationals and took the rest of the summer off from rowing.

[In another clear indication that God is a rower with a wonderful sense of irony, during this week that I briefly mention the inimitable Jim Barker in my memoir, Jim has been called home to the Boathouse Row in the sky. Jim and I would cross paths many times in the years after 1969, the last time at the funeral of Fred Leonard in 2017. Jim held court with a twinkle in his eye. The two of us reminisced warmly as we basked in memories of the past. His like will rarely be seen again, on the water or off.]

The summer after that, 1970, at the age of 25 I hiked to the bottom of the Grand Canyon with my wife, gave my head a swirly in the Colorado River, and hiked back out in one day. Very pleasant memory, and, as you know, I am destined to tackle a similarly-ambitious hike with my son 25 years later.

Mission: go down the Kaibab Trail, picnic on the bank of the Colorado River, and then up the Bright Angel Trail, all in one glorious day. Back on the canyon rim with my first wife, Ann, by my side, we took a picture. Genuine smiles! Wonderful memory!

In the fall of 1970, just weeks after the Grand Canyon, I rejoin Fred Leonard at Penn, my alma mater, as co-coach of the Quaker Freshman Lightweights . . . and renew in earnest my odyssey toward redemption from the Curse of the Jayvee Scar.

That year I share coaching duties with my good friend, teammate and fellow Quaker and 1968 Undine Quad teammate, John Cantrill. In 1966, he had gone 155 in Canada while I had gone 145, and so he missed our perfect race, but he kept his seat in the Penn Varsity the year that Bob and Saul and I were ousted, so he went on to earn the Penn Varsity Blanket that I never did. He makes sure it's on the bed he prepares for me every time I visit him. How considerate . . . 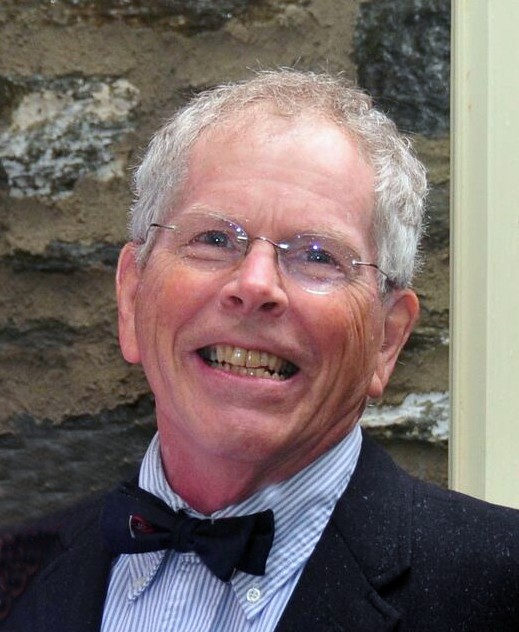 To tell you the truth, part of the motivation I felt in having a quilt made of all the souvenir shirts I collected over the years is to be able to invite John over for the weekend and make sure it's on his bed. Completing a circle of sorts.

Ever seen indoor rowing tanks? The idea is to provide water for rowers to train in during the winter months when rivers and lakes are icebound. In this era before ergometers, they are all we have when the weather turns really cold. Yale's tanks are in a monumental space in a cathedral of a gymnasium. Harvard's are right in the boathouse. Same with M.I.T. In all of them, the water actually moves by you and recirculates as you sit and row. Very sophisticated, with turbines and venturis and . . . You know, I have no idea how they work. Somebody turns the switch, and the water moves. They're awesome.

Not at Penn. As far south as it is, Philadelphia doesn't get enough ice to justify that much expense, so no moving-water tanks for us. Instead, still-water tanks.

Those three words cannot begin to describe the horror of still-water tanks. Like rowing with your boat tied to the dock. No. Like rowing in concrete, arms aching from the effort. At Penn, add the ambiance of a gymnasium basement, no, a sub-basement, low ceilings, rough concrete, permanently wet, musty smell, dirt floors, actually behind the ROTC rifle range . . . and then you enter the chamber itself, essence de mold and mildew. A Proustian memory is washing over me, and my crotch is starting to itch.

When 1960 Olympic Champion Ted Nash arrives at Penn to coach the Freshman Heavyweights - remember Dexter Bell? - Ted spruces up the tanks with paint and polish, with international flags and inspirational signs. It all seems a bit silly to us lightweights as we play our roles as boathouse court jesters. Ted takes everything so seriously, even the tanks. But, thanks to Ted Nash, great crews start emerging from these tanks every spring. No arguing with success. Nosirree!

But his signs . . . One day when John and I are alone down in the tanks, we notice that Ted has left on the blackboard the following saying:

"Pain makes cowards of us all. Take 10 hard ones and beat it!"

I turn my back for a second, and when I turn around it reads:

"Pain makes cowards of us all. Take a hard one and beat it 10 times!"

John has chalk on his fingers. We get the Hell out of there. (Sorry. We were kids back then.)