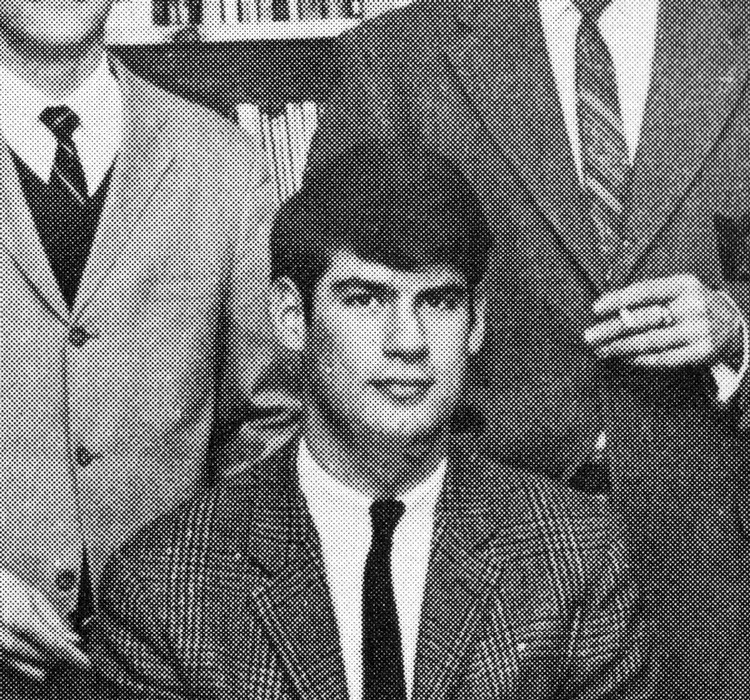 But Heartbreak Hill is not nearly all that I remember from the 1969 Boston Marathon, for it was running in that marathon which put the final nail in the coffin of my brief tenure at Mercersburg Academy, and it's a story that still makes my blood boil 50 years later.

My training partner that year had been Larry Thornton, a fellow member of a whole gaggle of Ivy grads - he was from Princeton - who joined the Mercersburg English Department in the fall of 1967 when our alternative had been immediate induction into the service and a possible one-way ticket to Viet Nam. Larry, the sweetest guy you'll ever meet, was also an assistant cross-country coach. We ran with the team and often ran extra miles after practice was over.

Now the running craze had not yet begun by 1969, and so running in a marathon was considered something extremely rare and extraordinary. For two years both Larry and I had really wanted to run in the Boston Marathon, the premier running event, bar none, in the country in those days, but it is run every year on Patriot's Day, the third Monday in April, a state holiday in Massachusetts but not in Pennsylvania, and so there would be classes for us to teach at Mercersburg on Patriot's Day in 1969. What to do?

Early on, we asked our department heads for guidance. My boss, Bo Burbank, not a hunter himself, reminded me that something like three-quarters of the entire faculty, including the headmaster, mysteriously called in sick every year on the first day of deer hunting season. It was something of an unwritten rule, an unannounced school policy, for Heaven's sake. And for killing Bambi's mom, for Heaven's sake! He suggested that Larry and I prepare lesson plans, schedule tests, appoint proctors, whatever was appropriate to make sure that the needs of the kids absolutely would not be compromised, etc., and he would take care that it all went smoothly. So that became the plan. We would leave on Friday after classes, drive to Boston, stay with my brother, check out the course on Saturday and Sunday, run the race Monday, gather our wits (and our exhausted bodies) about us and immediately drive the six or eight hours back to Mercersburg on Monday night so we could be back in the classroom on Tuesday morning.

By the time we were ready to leave, basically the whole school knew what we were doing. We were minor celebrities. The kids in our classes wished us the best, and the other faculty merely nodded, some of the younger ones wishing us luck under their breaths. It was kind of a conspiracy. They all thought we were nuts, not for skipping classes on Monday but for running 26 miles, and of course they were right.

We were going to drive to Boston in my car, but Larry had to drop something off and asked me to pick him up in front of the administration building. He came out, plopped down in the passenger seat of my car, and told me he was quite relieved. "Why?" I asked. And then he told me this story:

On his way out, he had passed by the Headmaster Bill Fowle's office, and Bill had motioned him in. They chatted about nothing in particular, and guileless Larry decided on the spot that he couldn't just leave without at least mentioning our plans. He said something like, "Peter and I are on our way to run in the Boston Marathon on Monday. The whole school is excited, and we will be back in time for classes on Tuesday," to which Bill had said something like, "I cannot authorize this, but . . . "

"But!" What a wonderful word! So said Larry Thornton.

Larry told me Bill Fowle hadn't forbidden us! He couldn't officially sanction our missing Monday, but he was going to look the other way, wise and thoughtful man that he was. So Larry told me we had nothing to worry about. Hooray!

Fast forward to Tuesday morning. All had gone according to plan, and I was back in my classroom surrounded by admiring faces. Sometime in the middle of the morning I was summoned to the Headmaster's Office. Bill Fowle told me he had already summarily dismissed Larry, and that as we spoke Larry was removing himself from the campus. I never saw Larry again. Ever. Nobody did. It was like he just disappeared. Further, Headmaster Fowle told me he dearly wished he could do the same with me except that Larry had made it abundantly clear to him that he had told me that we had indeed received informal permission, so he was stuck. I relieved him of his moral quandary. I immediately submitted my resignation . . . effective the end of the semester in June and told him I also dearly wished I could leave immediately, but that would only punish my kids, and no way I was going to do that!

"So why didn't you tell him what you really thought, Peter?"
- pretty much everybody

Actually, that's what pretty much everybody would have said if anybody had told them what had happened. But Larry was gone, and I kept my head down and my mouth shut and went back to my teaching. So I felt like a Dead Man Walking for a couple of months until in June I bid a not-so-fond adieu to Mercersburg Academy. "Goodbye! Good riddance! Hooray! Don't let the door hit your backside on your way out!" 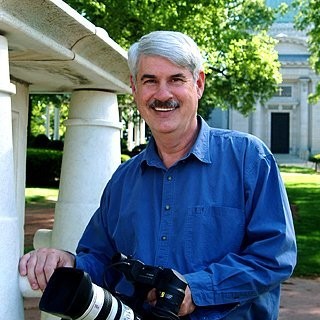 Today Larry is on Linkedin. Thank Heavens, he seems to have survived our misadventures.

Forty-six years later in summer of 2015, I was in Gettysburg celebrating my 70th birthday, and I drove over to Mercersburg to have a look-see. The campus had changed quite a bit, and yet the memories returned.

But I discovered that not a single soul from my time was still associated with the school. A groundskeeper had been there for something like 35 years, and that was the closest anybody could come. Missed me by more than a decade. I was history, ancient history, an old book forgotten on a shelf in the library.

Then two years later my wife and I were at Penn for my 50th Reunion. We were walking along, and there was this guy coming the other way . . . and he was looking at me like you do at reunions, trying to read your nametag from a distance and asking the eternal reunion question, "Should I know you?"

We stopped. His nametag read George Milnor, Class of '72, and since I was Class of '67, we figured we didn't know each other after all and resumed walking. Then he stopped, turned around and called back, "By any chance, did you go to Mercersburg Academy?" 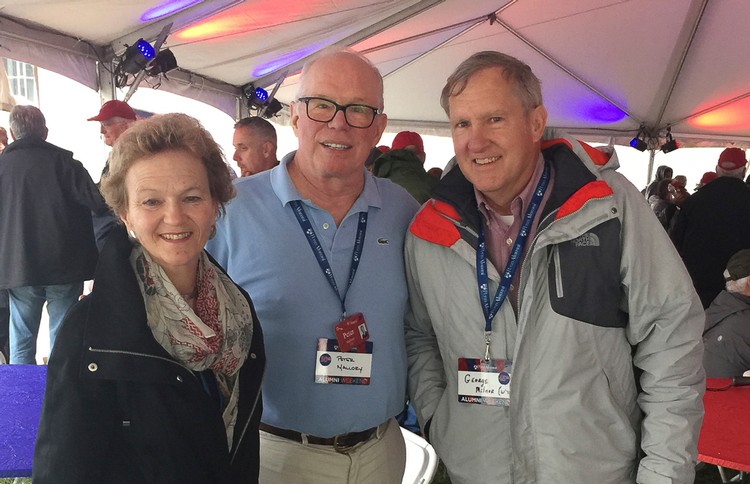 Yours truly, flanked by George Milnor, Mercersburg ’68, and his wife

Turns out he was in my Philosophy class his senior year. Hard as I tried, neither his name nor his face particularly rung a bell, but he certainly remembered me! "We have to meet again later today when my family arrives. I really want to introduce you to my wife and kids. I have told them many times how much you changed my life."

Kind words. I taught at Mercersburg during heady days. My students faced a troubled world. Mandatory chapel when organized religion seemed irrelevant to most of them. If there was a God, how could he possibly allow civil rights riots, assassinations, the Viet Nam draft, Nixon in the White House, hippies, marijuana in the air while their own parents, pack-a-day cigarette smokers and burgeoning alcoholics, were telling them all to say no to drugs.

Eternal questions . . . They were getting "advice" from all sides on all things . . . and all they wanted was for someone to listen to them when they asked why? And so they asked me.

In Philosophy class I introduced them to some of the issues that thoughtful people have been pondering since ancient times, and I tried to show them that doing the right thing was seldom obvious or simple and never easy, but their generation had the opportunity, indeed the responsibility, to ponder anew these questions and come up with their own best answers, their own unique personal philosophies to lead them to true happiness and fulfillment.

Moral relativism. Self-reflection. Responsibility to self and to others. Thoughtful, respectful, but pretty radical stuff for a Mercersburg Academy fighting a rear guard action against the gathering cultural revolution during the 1960s and '70s. I often pondered that it was a very good thing that the headmaster had never asked me for my syllabus or book list. I might well have been burned at the stake! 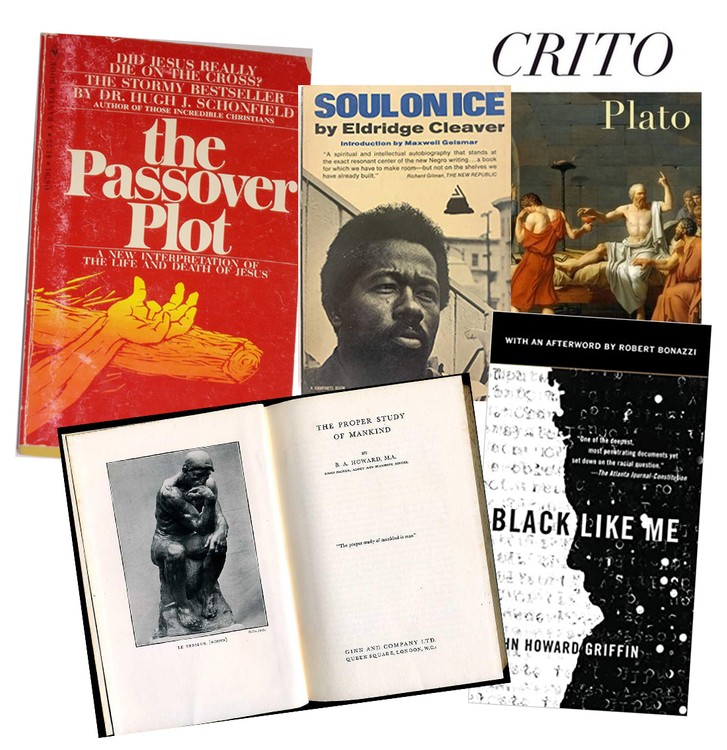 But it certainly made a difference in George Milnor's life, and I very much appreciate the sentiments he expressed to me that day on the Penn campus. The $4,000 salary I received my first year at Mercersburg was spent long ago, but the compliments I have received since then are still paying dividends.