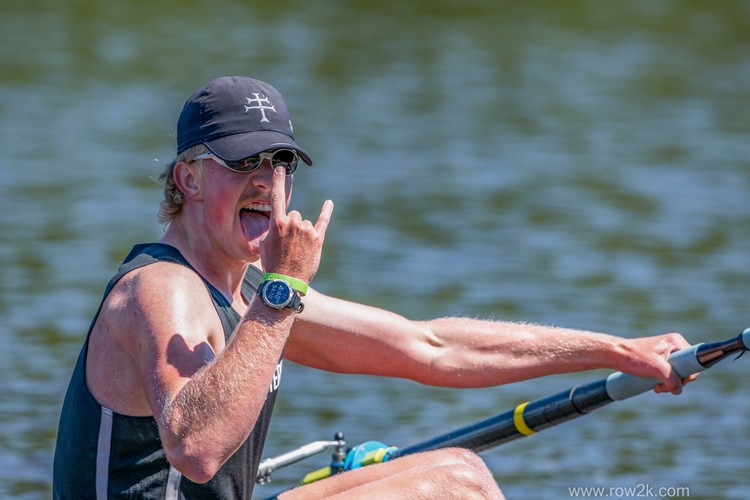 The IRA kids are alright, and ready to rock!

'Twas the 119th go for the IRA, and the Big Show was pretty much the only thing on the calendar, so here is your round-up of what we saw over the weekend at Mercer:

The Return of the Masses

Just like NCAAs, ACRAs, Sprints, and any number of junior races we've hit this year, folks are back en masse for sure: 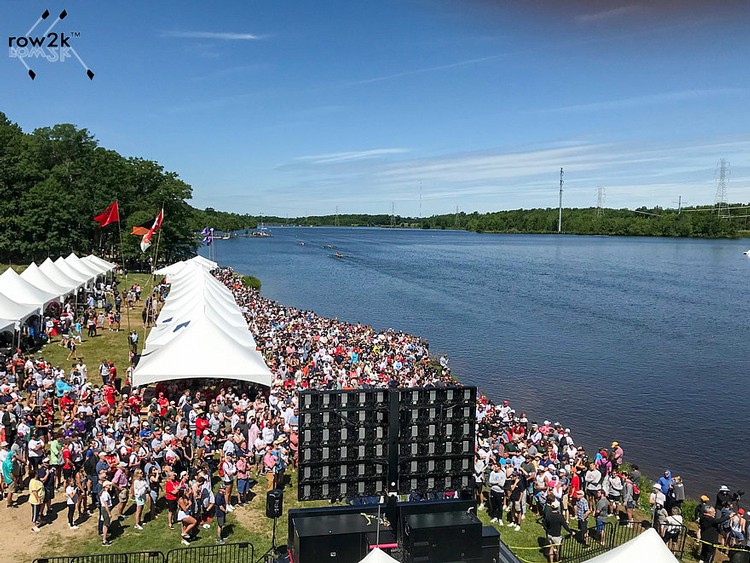 A bit of normalcy is great to see, but there was still at least one invited crew that was a COVID scratch, and coaches were almost universally agreed: 2022 was still a tough year full of treading lightly (and sometimes barely) due to the virus.

Everybody's aping the Dutch these days, but you have to hand it to these two water-phyllic Lions, swimming all the way out to Lane 3 to celebrate Columbia's Light 8 win: 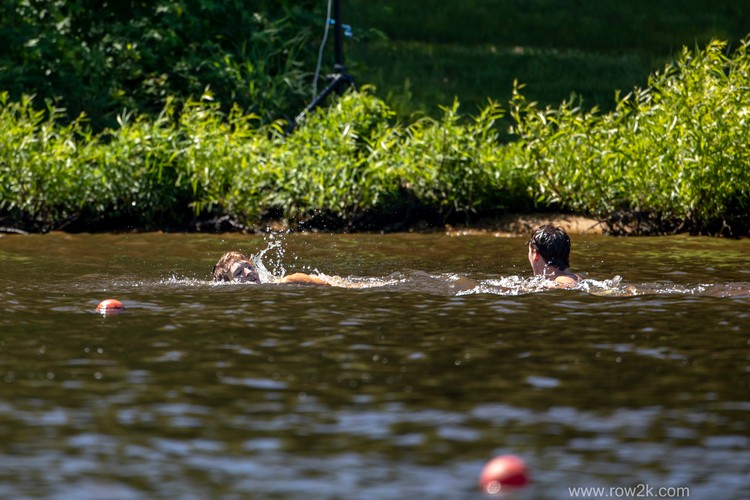 The rest of the team opted to wait for the shorter swim when the crew got beach-side: 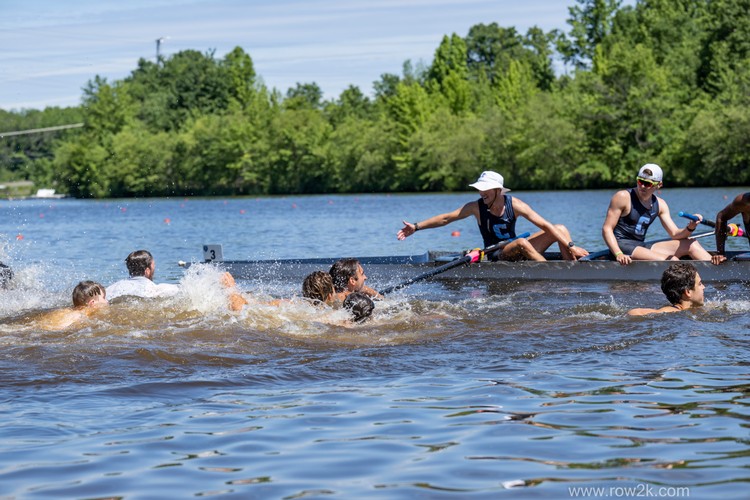 And, when you win the last race of the day--the Varsity Eight Grand--you can swim all afternoon long: 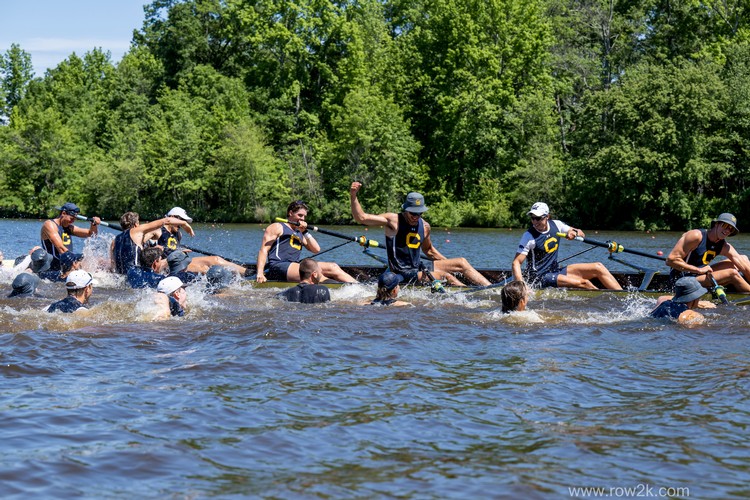 Or at least until it is time to hustle over to the awards stage.

Speaking of which, full apologies to the Light Women's Doubles, whose medal ceremony was so close to end of racing that we missed it entirely, despite a dead sprint from the launch dock to try and get there in time. 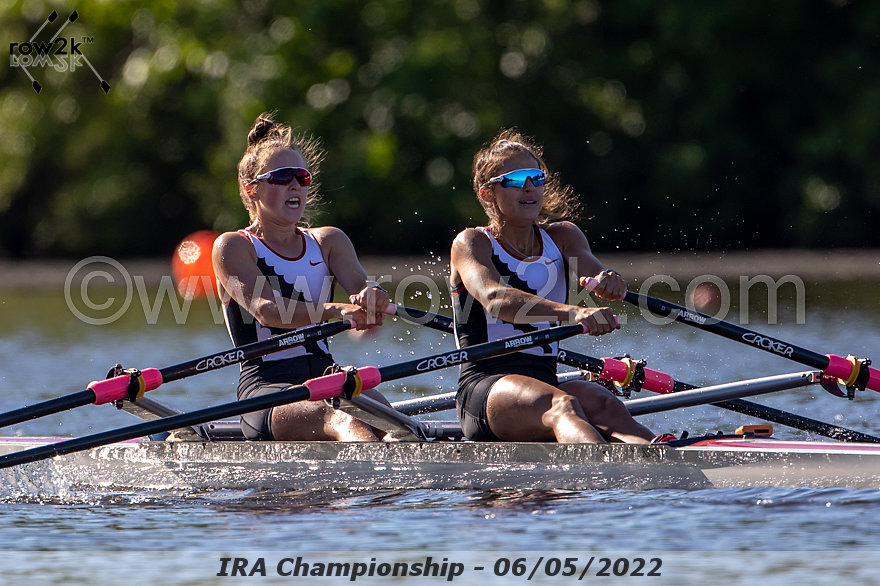 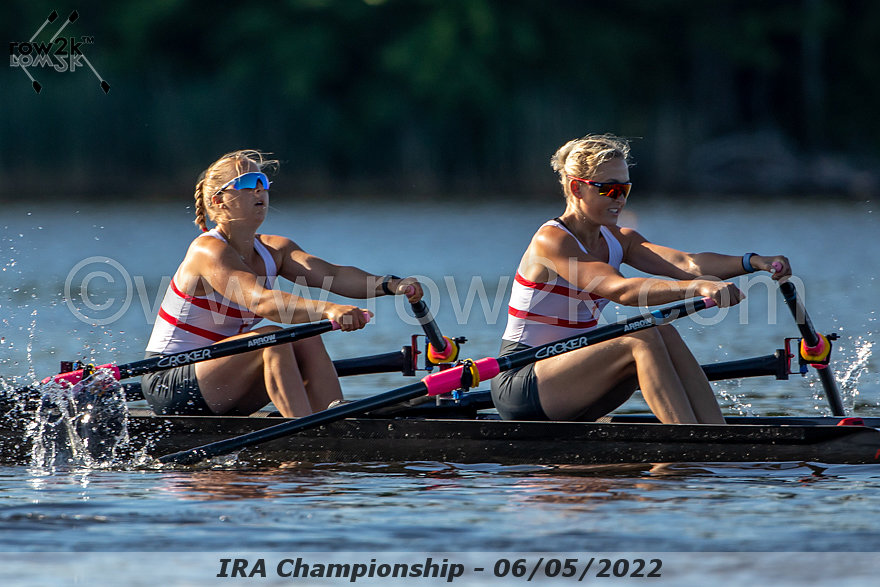 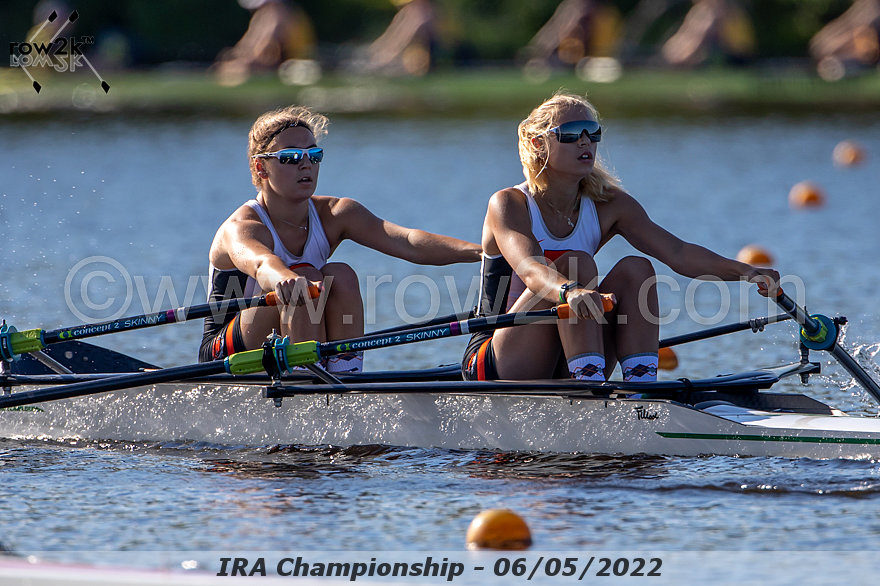 Since we didn't get them with their medals, here they are on the water: Princeton, gold; BU, silver; and Radcliffe, bronze.

A Strong Podium Game from UW 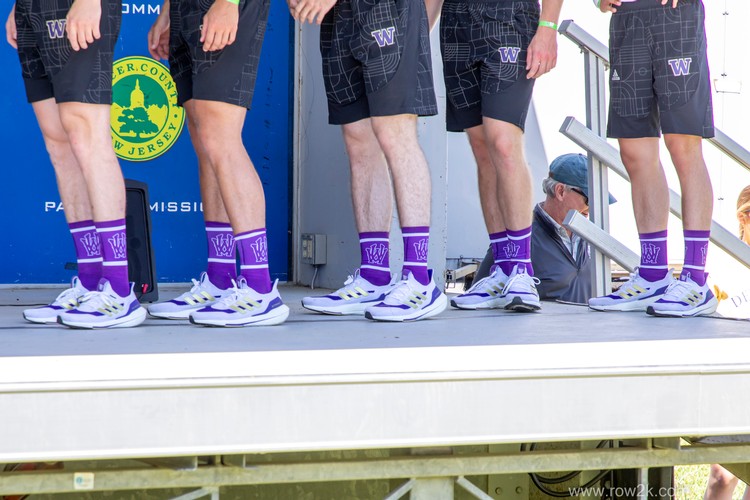 Matching socks? Killer -- and shorts over unis? Wouldn't be the worst thing if that caught on, when you "get to put on the podium pants"...

As @beantownkmd commented: "Snakey McSnakeface and Co. out here just trying to enjoy some rowing" 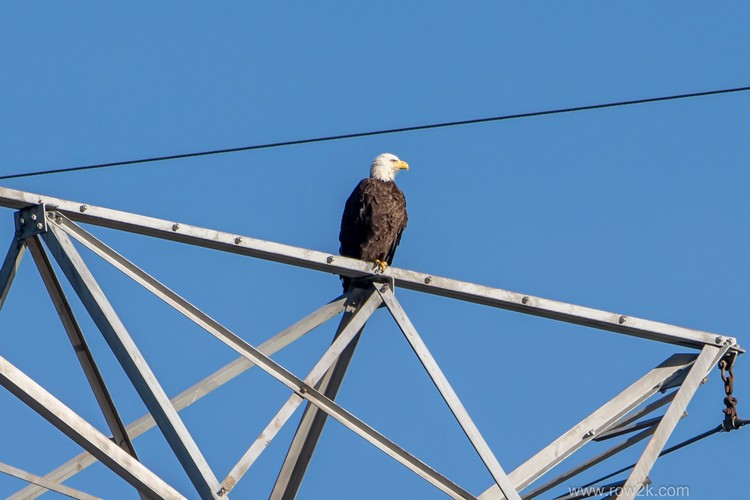 Just keeping an eye on the Natty.

Yeah, yeah, we know, but @fatsculler actually did all the math, so we'll let his numbers do the talking:

Of course, Oxford and Cambridge have been packing Blue Boats with internationals for years, and here's the truth: if you get paid to lead your team to wins for your university and your alums, then you go out and find the best talent in the world to do it, full stop. And for those lamenting the development of US athletes, there were enough US athletes in the grand final to field an eight, a four, a pair and a single--how big do folks think the National Team is, anyhow?

For sure, the internationals love it:

And if these countries are going to lend IRA schools their Olympic gold medalists to make the regatta better, why not? 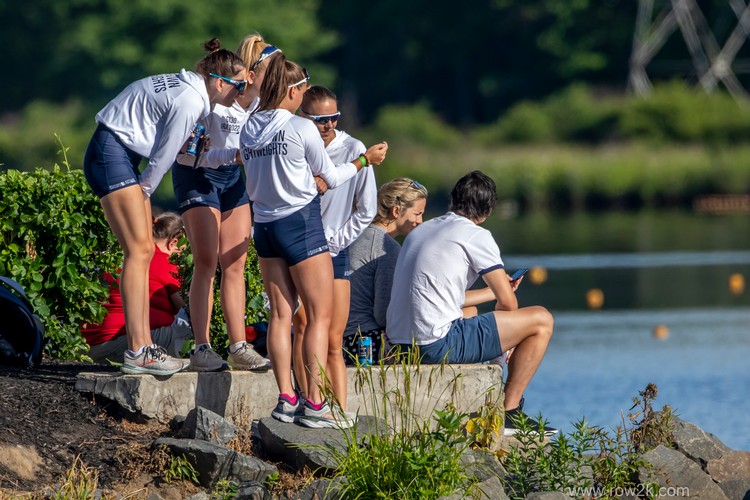 Need yer phone for the drone. 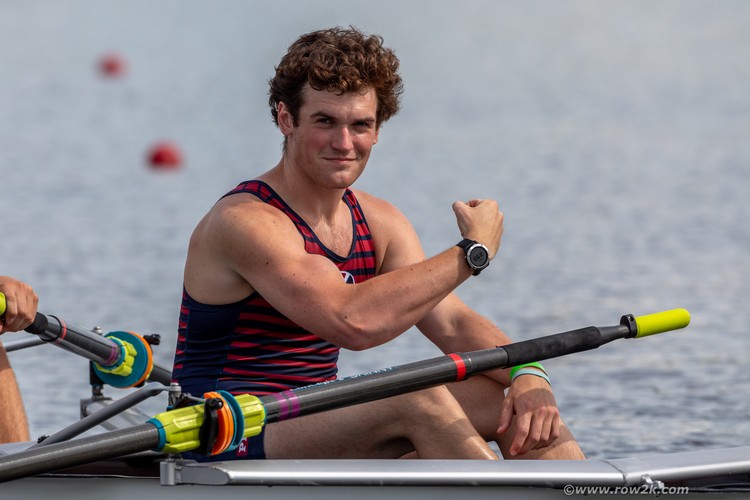 Best of the regatta by a mile. 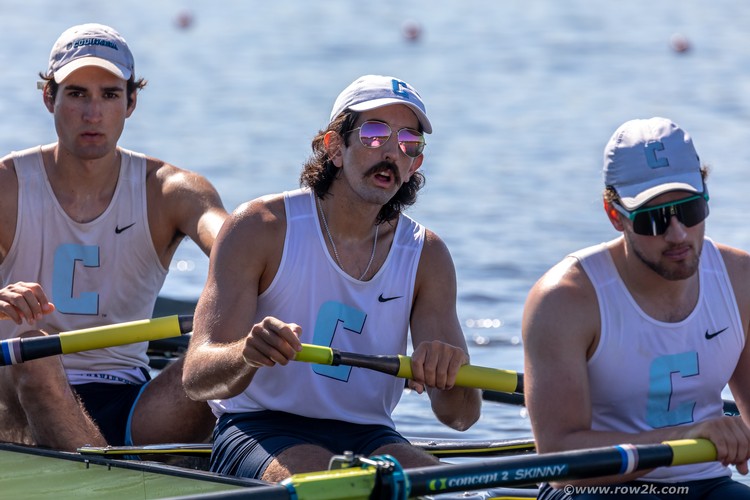 And, maybe a Hitchhiker's Guide reference?!? 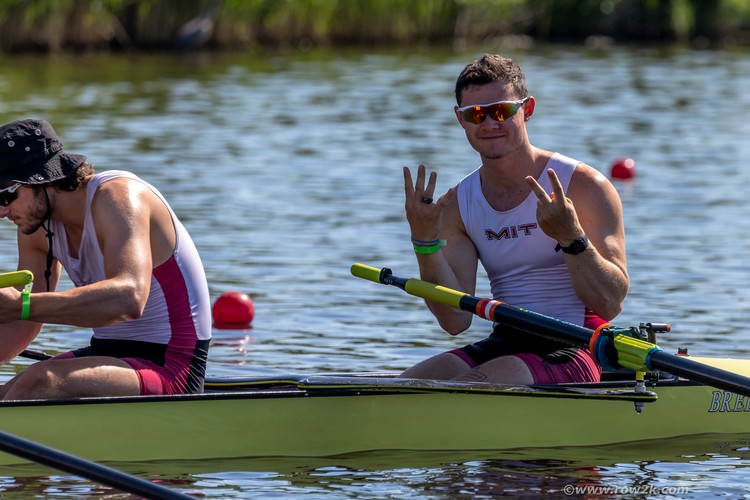 Yep: you see it all up at the start, to include this guy, who full on lost his lunch before getting down to the business of racing (if you are not squeamish re: projectile vomit, the hurling starts here.)

The Best "Next Best Spot" To Be

Sure, every team wanted to visit the podium, but Hoagie Haven definitely a pretty yummy second-best spot to hit.

And, Some Planning Ahead 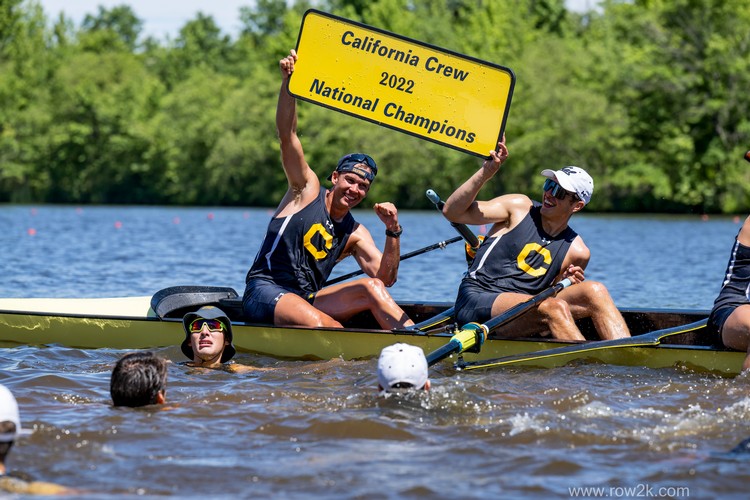 Pretty confident move, for sure--and fully backed up, no question.

Rumors & Hearsay from the IRA that Was

Besides the big winners at the IRA, we also saw a few cool firsts and notable accomplishments:

One Last Thing Before Your Head Home: 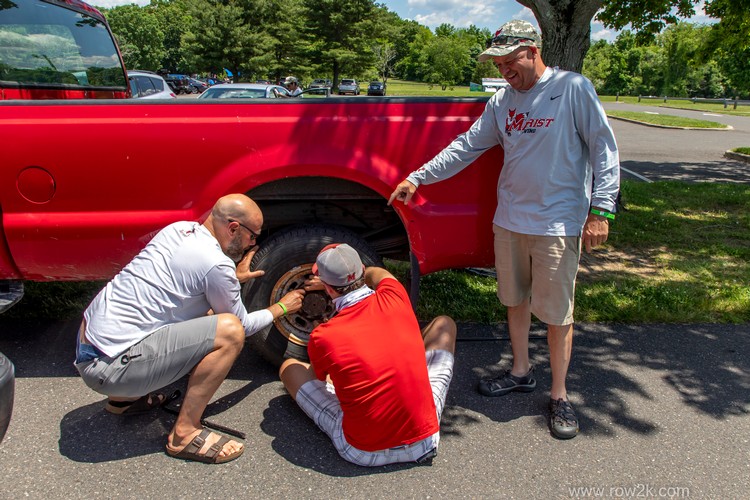