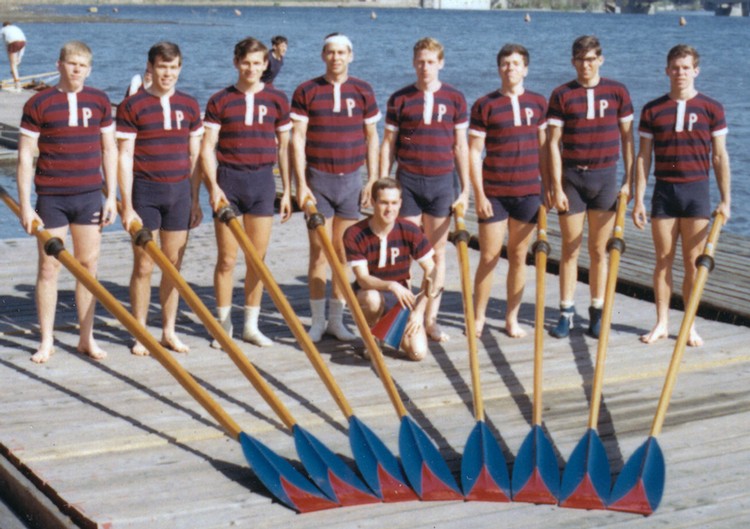 My Heavens, we were fast, that 1965 Undine Lightweight Eight of ours. None faster that year. That day on Hunter Island Lagoon we were the best that we could be, the fastest in the country, in all of North America, in fact, and yet we didn't win. In the ensuing decades I would discover it's by no means easy to be the best that you can be in a boat, especially at the precise moment when it's important to be so. But it's even harder for the best boat to cross the finish line first in this fickle sport we follow.

Nevertheless, the following year of 1966 had been sweet. I spent my junior year at Penn stroking the Lightweight Varsity Eight, and we made the final at the Eastern Sprints, a satisfying step up from 1965! But life is made up of peaks and valleys, and in the following year of 1967 as I approached 22 years of age, I came crashing down into a deep valley one early spring afternoon in my senior year at Penn. 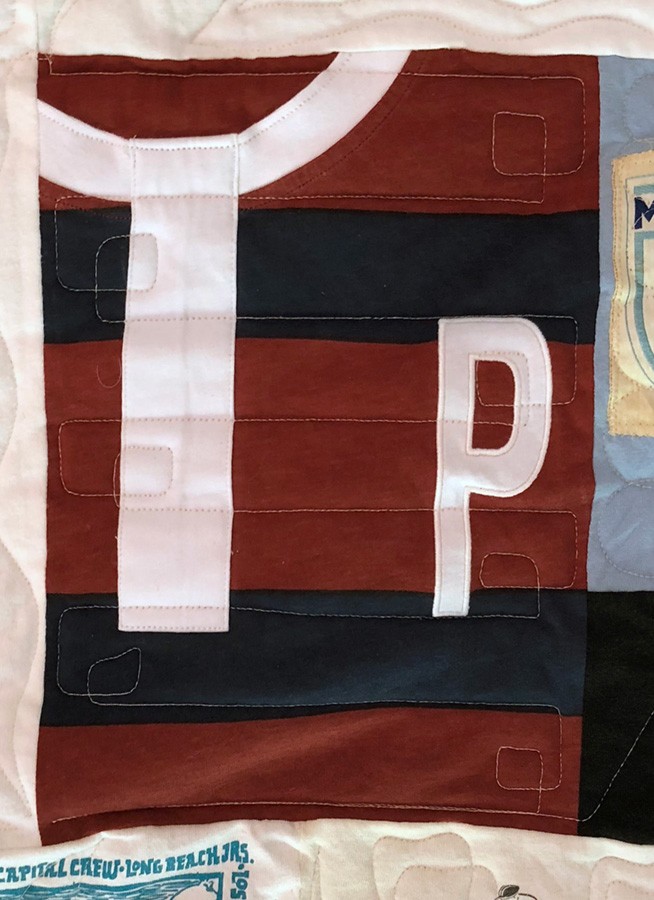 A year of rowing for Fred Leonard has a certain rhythm to it. Starting in September and for most of the year, the Penn Lightweights row in even boats, Fred not tipping us off as to how any of us stand on the team. One exception would be the Head of the Charles Regatta in October. My senior year Fred boats two superbly experienced eights with me in the stroke-seat of one of them, and my boat wins the championship lightweight eights event at the Head, beating Harvard for what turns out to be the only time in my rowing career, and by more than ten seconds, in the process setting a course record that would stand for a full decade. But no photo to treasure. There was one, I'm sure of it - taken on the M.I.T. dock - I remember having seen it - I remember having it in my HAND! - but in short order it disappears. I wonder if that was some sort of omen . . .

But then it's back to even boats until March. Finally, the afternoon comes when we arrive at the boathouse and the lineups on the bulletin board are obviously Fred's first attempt at boating a Varsity, Junior Varsity and Third Varsity Eight for the spring season. When the day finally comes in 1967, I can tell you I am very much relieved to read that I will again be stroking the First Boat, just as I had the previous fall at the HOCR, and just as I had the entire previous spring. And so I will complete my collegiate career at the top of my game on an increasingly competitive team, a team I have helped to improve from last in the East my freshman year to just maybe the best in the East by the time I graduate. I will earn my third Varsity Letter and, along with it, a coveted Penn Varsity Blanket! Oh yes! Life is good.

Now most rowing coaches that I have known in my life tend to dread that day each year when they first attempt to boat their best eight, for much of the time their preconceptions turn out to be disastrously off base. The Second Boat goes right out and promptly thrashes the newly anointed First Boat. It happens over and over. Not just at Penn. All over. Put the "best" guys in a boat, and all too often the boat is butt-slow. Remember Meek/Iverson/Hartigan? So why does this happen? If you're a rower or a coach, it's probably happened to you, too. More than once, hasn't it? I bet you're smiling - or wincing - right about now. But you don't have to be a rower or a coach to relate. Contrary to conventional wisdom, it seems that all too often the shortest path in life is not the straight line.

The story always continues with the coach making change after change, seemingly at random, everyone on pins and needles, everyone feeling like they are being judged on some ephemeral karma rather than on anything real and tangible . . . like competence or fitness or strength or experience or courage.

In many of these stories the coach never finds the solution. The ultimate version that I have heard comes from Dartmouth College in 1966 where the Heavyweight Varsity continues to have trouble beating their Jayvees all the way until the end of the spring. Dartmouth Coach Pete Gardner: "No matter what I did, I couldn't seem to separate [the two boats]. The one I thought would be the Varsity, but the other boat would beat them in time trials about half the time. I kept mixing them around. I'd think, 'Well, it must be the stroke,' and I'd change the stroke, but nothing would happen. After a while it became clear that among those sixteen guys, I just wasn't able to pick eight who were clearly superior to the other eight. It was maybe ten days before the IRA when finally, in desperation I said, 'Okay, we'll have one last time trial, and whoever wins is the Varsity, and whoever comes in second is the Jayvee.' Most of the guys who lost that time trial had indeed started off the season rowing in the Varsity, and most of the other guys in the Jayvee."

So their Second Boat becomes their First Boat and vice versa, and the boat that used to be the Jayvee goes to the end-of-the-season IRA Regatta and comes in 12th out of 15 Varsity boats while the boat that used to be the Varsity and has all the "best" guys in it wins the Jayvee National Championship. My good friends in the undefeated Penn Jayvee ended up second that year, and you can just imagine how frustrated they were! I still feel for them. This is no urban legend. This happened to real people! 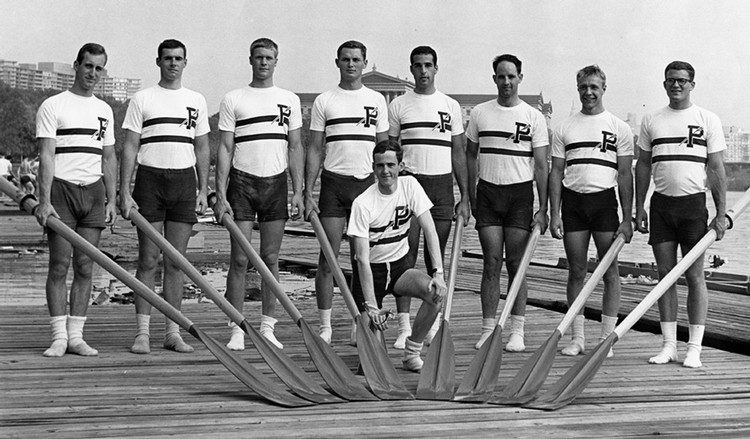 In my time I've heard lots of explanations for this jayvee-versus-varsity phenomenon. 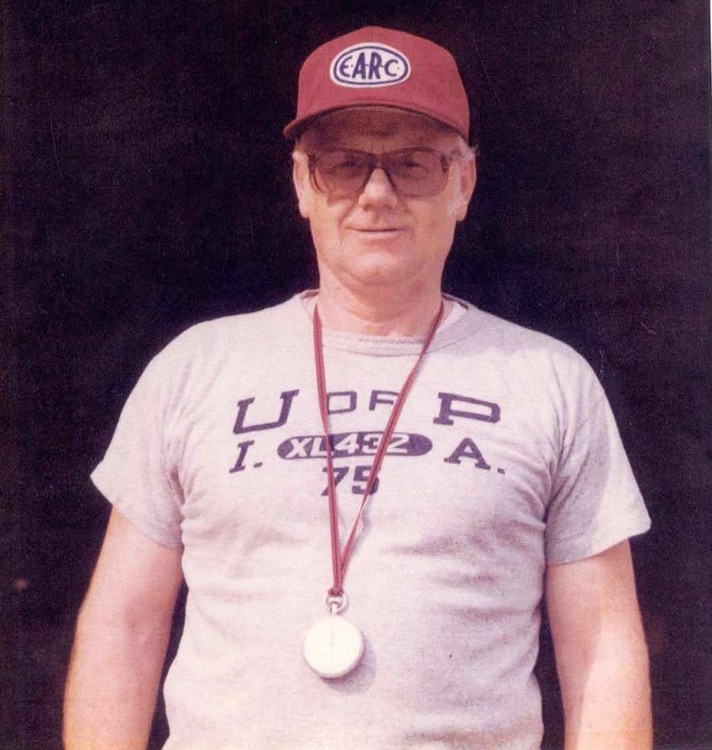 My coach Fred Leonard used to talk about "boat moving." A year earlier, I remember a bunch of us watching a very special Penn Freshman Heavyweight Crew win their first race of the season. Their stroke was a quiet giant named Dexter Bell, and Fred would say over and over, "Boy, that guy Dexter Bell sure is a boat mover," as they rowed by with a huge lead. I looked . . . and I could tell he was enormous, but that's all I could see. Everyone else in the boat was enormous as well. I asked Fred what he saw that was so special about Dexter Bell in particular, and I'll never forget what he said. He kept watching and mumbling something about how some people could just move boats, and Dexter Bell was one of those people. In fact, back then it seemed to be an axiom on Boathouse Row that some people could, and some people just could not "move boats." The funny thing was that Fred never once attempted to describe to us how to move boats. It just seemed to be an accepted fact to him and everyone else that you were either born with the gift or you weren't. It was part of your genetic heritage.