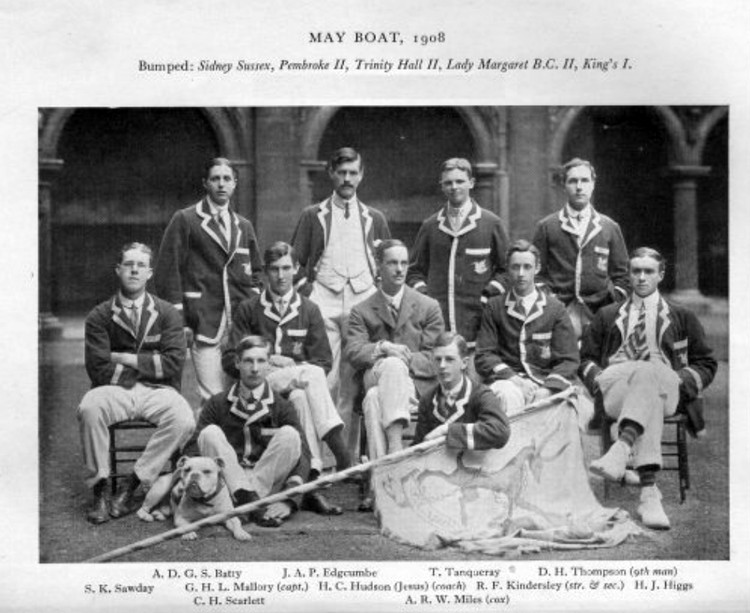 As for Robby Meek, he is remembered by his old Penn teammates for his bad boy reputation - he was at Penn only because he had been thrown out of Duke University - hair that "went up and stayed up like Elvis Presley's", his gorgeous blond wife, Nancy, his Harley Davidson motorcycle in an era when only motorcycle gangs and Marlon Brando (also with Elvis's hair) rode around in Harley Davidson motorcycles, but also for his unstoppable spirit, his abiding faith - nightly he read from his Christian Science Bible - and his quiet demeanor in a group that was hardly quiet.

Now, in the intervening 50 years I have seen him exactly four times. I visited him, his wife and kids at their home in Indianapolis around 1985. As do I, he retains very pleasant memories of the afternoon we spent together.

A year or two later, sighting number two. I ran into him wandering the boat enclosure at the San Diego Crew Classic. I believe he had already told me that he had been diagnosed with multiple sclerosis, but I was shocked that my very good friend, my fellow Indianapolitan and fellow rower and fellow Quaker, whom I had just visited in his home, for Heaven's sake, should visit my own hometown 2,500 miles away without even calling me. But there he was, meandering aimlessly, detached, as if in a fog. I was very disappointed, imagining I had somehow offended him, but he has no memory of this encounter. None at all.

Fast forward to 2008. Sighting number three. I made a special trip to Indianapolis to meet Robby during my research for The Sport of Rowing. He was suspicious of me and only agreed to meet me in a restaurant, but he loosened up as soon as he realized I was not there to pass judgment on his life choices. 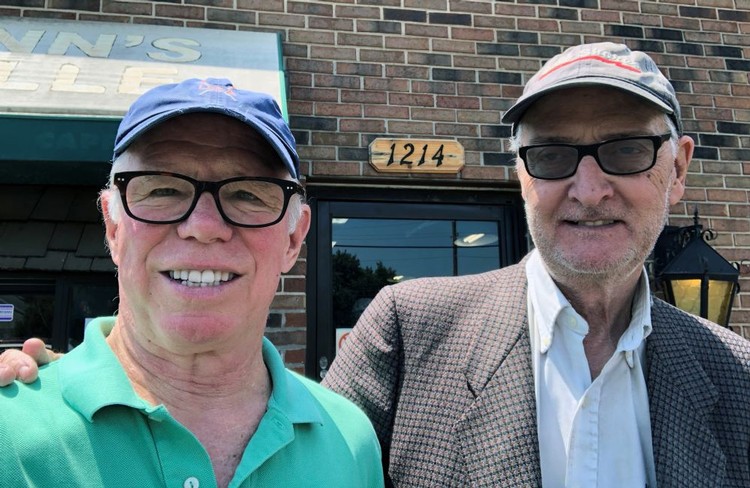 You see, he was no longer with Nancy and had married a woman who had MS even worse than his own. This man, the son of one of the richest and most influential men in Indianapolis and inheritor of a thriving real estate and import empire, was living hand to mouth, delivering The Indianapolis Star in the mornings before dawn so he could spend the day caring for his ailing wife. He believed he was fulfilling some higher purpose, but nevertheless he seemed relieved to reminisce with me about his previous life in boats on the Schuylkill River. He had no memory of our summer of 1972, and, again, today he has no memory of my 2008 visit.

Fast forward again to sighting number four in 2018. Blue Devil that I am, I was in Indianapolis to celebrate the 55th Anniversary of my graduation from Shortridge High School when I broke away from my classmates to track down and visit my old friend, Robby Meek. When I got him on the phone, he seemed surprised that I was willing to drive all the way to his unsavory neighborhood on the South Side of Indianapolis, the proverbial and literal wrong side of the tracks, and again he insisted on meeting on neutral territory, his favorite restaurant, Mann's Grill, a place I loved at first sight but which was several steps below "greasy spoon" on the Richter Scale.

Truthfully, Mann's Grill is the kind of place you only wish you could run into on your own on a cross-country trip, salt-of-the-earth people, great food so cheap you think they made a mistake on your bill, the kind of place that makes you want to walk around and hug the waitresses even though you know you don't want to have a political conversation with them.

Again Robby was suspicious, but again when he realized that I was not there to pass judgment on his life choices, he loosened up and we spent the next two hours reminiscing and pondering the infinite. At 6'4" he now weighs only 160 pounds, lives in squalor and wears dirty clothes. Nancy tells me he is not always able to be nice to their four kids. She and they struggle to comprehend his life that seems to defy comprehension.

At the end I did hug his favorite waitress and tipped her extravagantly, telling her to take care of my very good friend. With genuine affection, she said that she certainly would.

Robby seems content. His wife with MS passed away some years ago, and today he is driving Indiana veterans from their homes around the state to the VA hospital in Indianapolis and back. He described one particular day, and I replied, "My goodness, Robby! You drove far enough that day to make it all the way to Philadelphia!" He still feels he has been put on this Earth for a purpose, and he tells me he is at peace. I only hope that he still retains the memory of our very pleasant 2018 visit at Mann's Grill. 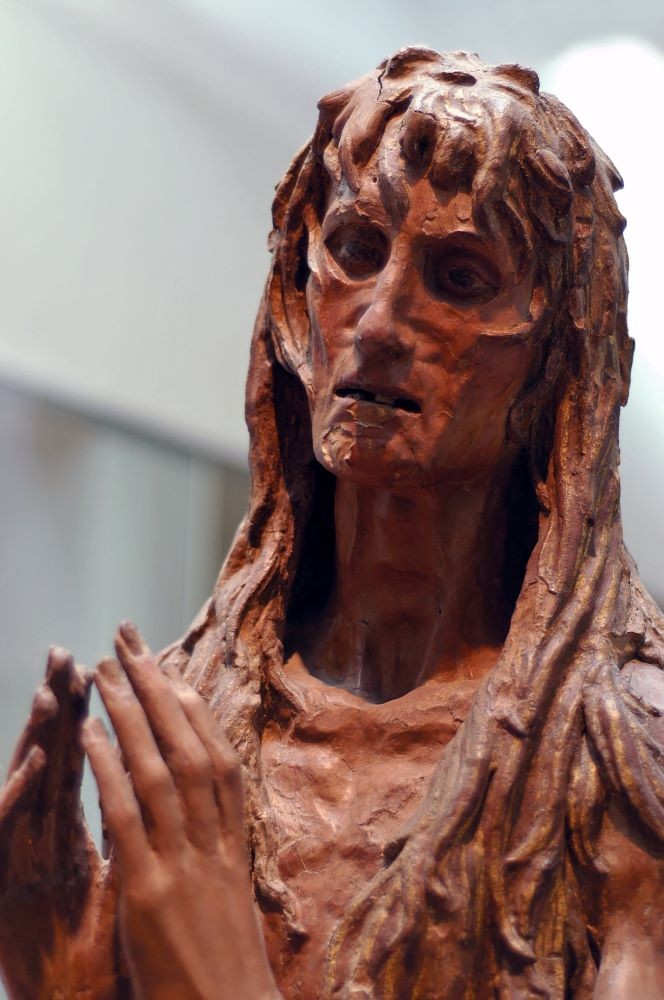 For those of you who are screaming at me just about now, "Hey Peter, I'm reading these rambling musings of yours only because I was hoping for a chuckle or two and maybe some insight into rowing and into life. Why are you making me read all this maudlin [rubbish]?" I say to you, "Good question." Robby told me in 2008 and in 2018 me that his days on the Schuylkill represent the happiest times in his entire life. Is your favorite memory now half a century in the past? Well, assuming you still believe you have most of your marbles, I suggest you try to make tomorrow among the happiest times in your own entire life. You may not succeed, but at least that will make tomorrow worth getting up for.

From any normal perspective, Robby can no longer do this, but from Robby's unique and unfathomable perspective, that's exactly what he is doing. Maybe there's a lesson here.

And did you know that the American word "maudlin" is essentially the phonetic spelling of the way Brits pronounce Magdalene every day? As in Mary Magdalene, according to her gospel the favorite follower of Jesus of Nazareth, also remembered as the weeping penitent who washed Jesus' feet with her tears. Had she been able to foresee the way Early Christian history would play out, she would have seen her gospel excluded from the Holy Bible and her gender excluded from the priesthood, more than enough good reason for her to feel tearfully self-pitying and sentimental, the very definition of maudlin.

In the aftermath of the Florence flood of 1966, I would come face-to-face with Donatello's haunting sculpture of Mary Magdalene, stained, waterlogged and lying on its back in a conservation lab. Yes, I cried.

And there is a maudlin rowing connection as well. The Boat Club of Magdalene College, Cambridge, has a rich rowing tradition going back to its founding in 1828. When the future famous mountain climber George Mallory, who shall appear later in these reminiscences, was Captain of Boats in 1908, Magdalene's Mays VIII was "universally recognized as the fastest boat on the river" that year, but sadly, tearfully, ran out of time as it swiftly bumped its way forward towards Head of the River, still only a lowly 14th of 30 boats at the end of the regatta week that spring.

Another cause for tears. The very last college in Oxford or Cambridge to admit the fair sex was Magdalene, named for a holy woman, for Heaven's sake. It did so only in 1988, and women then took up oars for Magdalene Boat Club in 1989. Just make sure you pronounce it môdlən and not Magdalene! Maybe there's a lesson here as well.