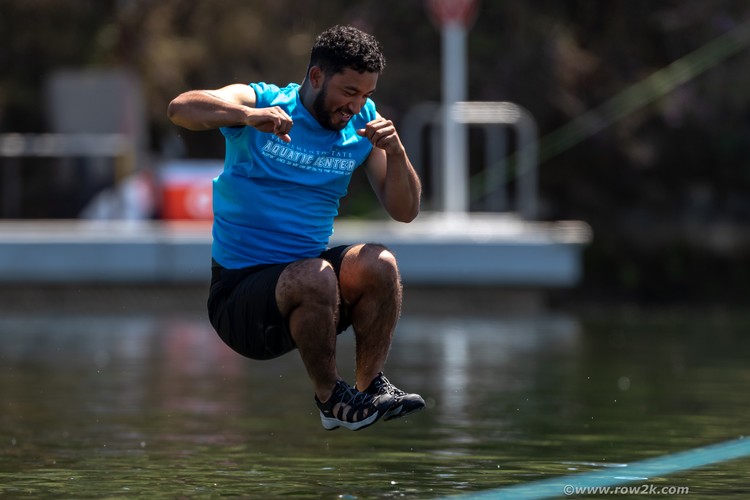 The high-lights and low-lights of April's final week...here we go:

This was the story of the week in college rowing, hands down--and by far the most-read bit of news on the site when we looked at all six programs which had to pull the plug on their weekend plans Hopefully, everyone at these programs is recovering and can get back to racing soon.

??Schedule Update??
Alabama rowing will not travel to participate in this weekend's Longhorn Invitational due to COVID-19 protocol within the Crimson Tide program pic.twitter.com/xUhXxZqn4a

So You Say It Was a Headwind?

Iowa was not the only breezy venue this week; the fans were on full blast down the race course stretch on Carnegie: 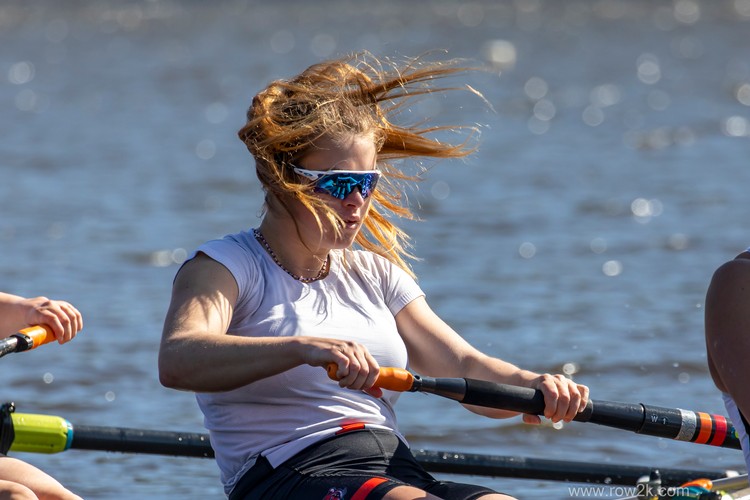 But, at least there were no reports of the dreaded cross-cross tailwind.

Crab of the Week, On Video - Full Ejector

Whatever the wind was on Quinsigamond, it may have played a small role in this ejector crab at NERC's, which you can see for yourself here (if you scroll ahead to the 3:27:50 mark).

And this on a lake that is the 4th best natural body of rowing water in the world, according to recent Instagram stories.

We are working to get in touch with the ejectee to see if he wants to describe the experience to the rowing world along these lines; either way, complete legend.

Movember Has Nothing On No-Mow-May 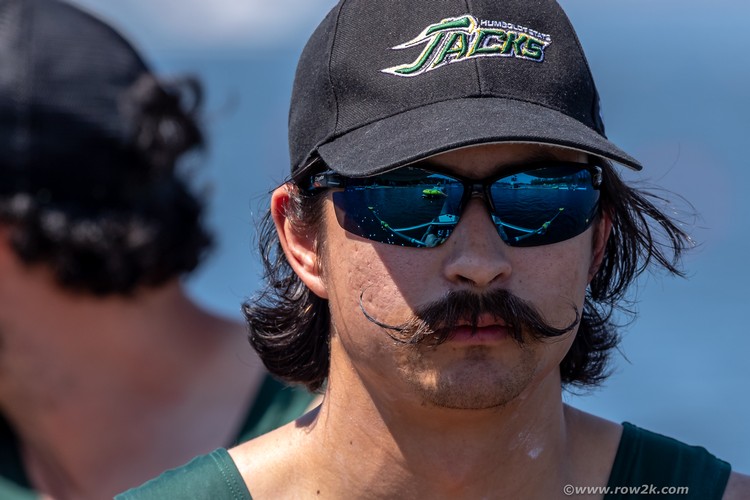 Wrapping up the regular season against a pair of top-10 opponents at the Princeton Invitational!#GBOhttps://t.co/53G7lKFjMX

For the record, the name of this race was simply "Penn and Tennessee vs. Princeton," because you can have three or even four crews in a race without getting all fancy.

Trophy Posts Go Up Yet Another Notch

How Many Thousand Truths?

After an internal debate that bid it up as high as 100,000, we have confirmed that this trophy is indeed, "just" the Sword of Thousand Truths...and definitely the coolest 3V trophy ever, going to the winner of the Northeastern-Wisconsin 3rd Eights.

Big weekend of racing both Harvard and Wisconsin to cap off the regular season. Excited to have retained the Congram cup another year and have the sword return back to Henderson! The Huskies will take on final exams and get back to racing at the Eastern Sprints.#HowlinHuskies pic.twitter.com/NyjNWZKceU

Not Quite As Epic, Trophy-Wise?

Sorry, congrats and all to Seattle Pacific, of course, for winning the Women's 2V at WIRA, but this trophy is teeny: 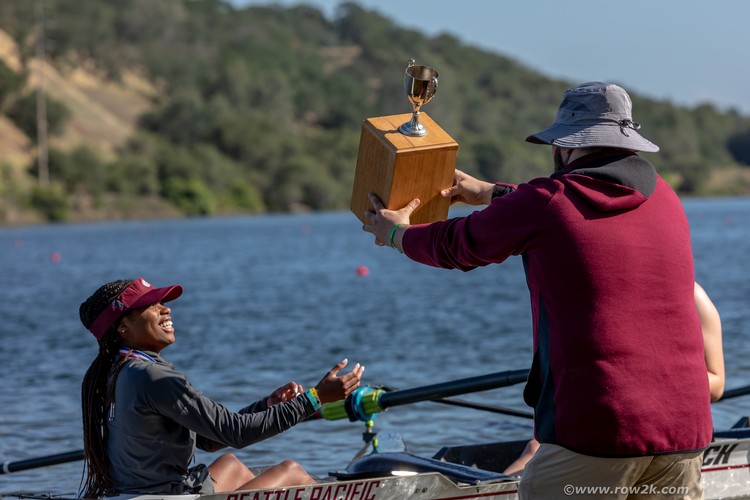 By way of contrast, these were some of the other trophies passed out at WIRA. 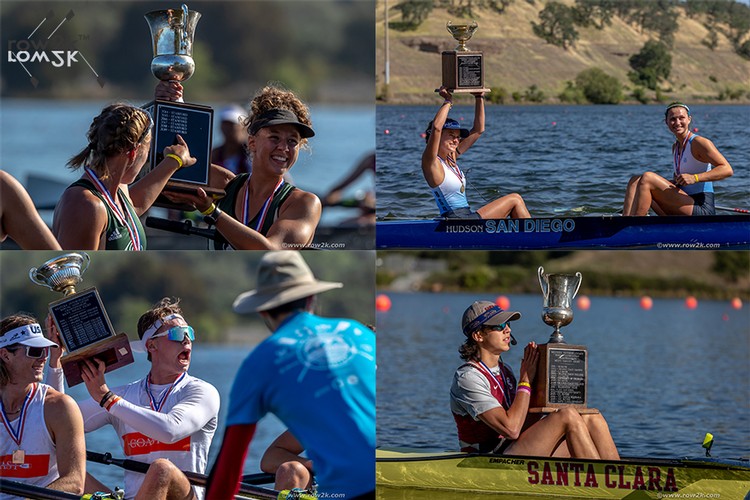 Also at WIRA: A Strong Look... 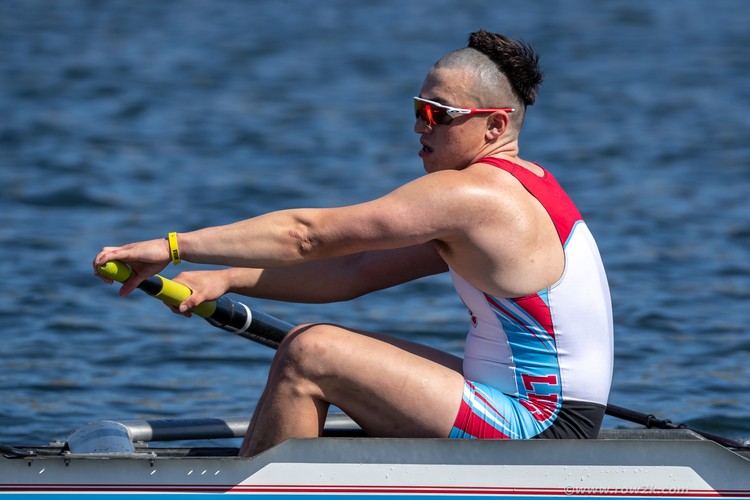 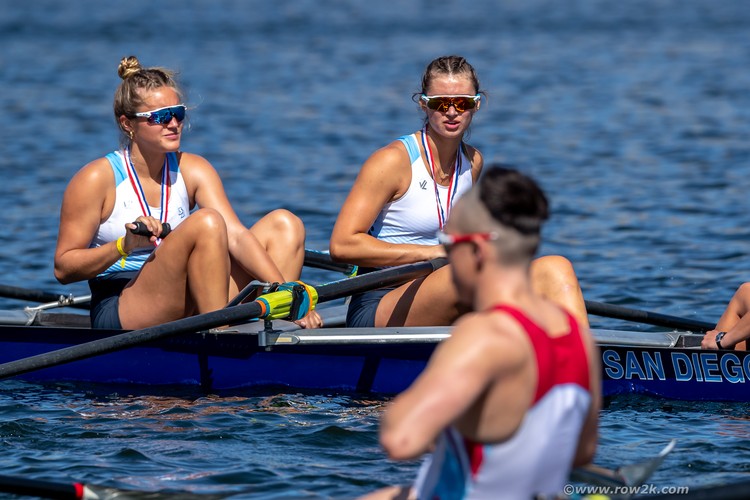 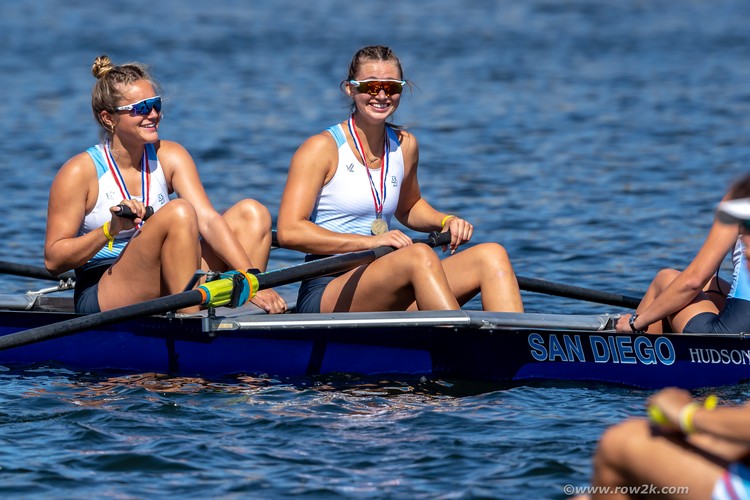 Guess she likes it!

Getting On The Natoma Stakeboats Can Be Tricky 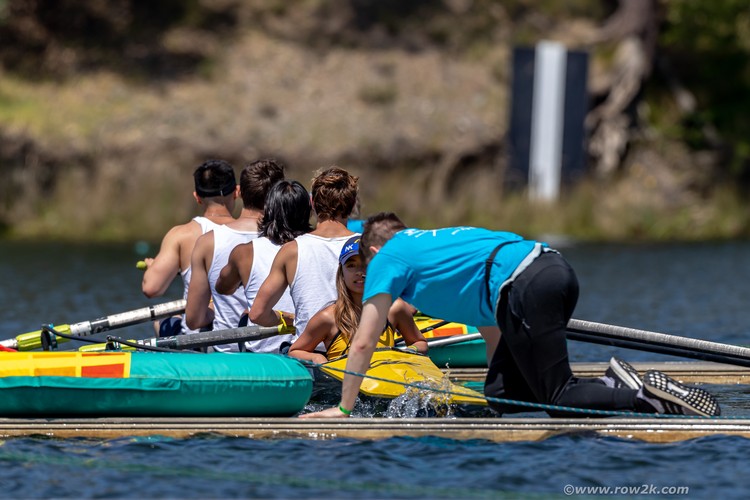 This was just one of the fours that, unfortunately, learned that the start platform "fingers" are just about a four's length apart, by getting stuck between them. So, some folks might want to brush up on "How To Get On the Stake Boat."

But Being a Natoma Stakeboater Is Easy Living 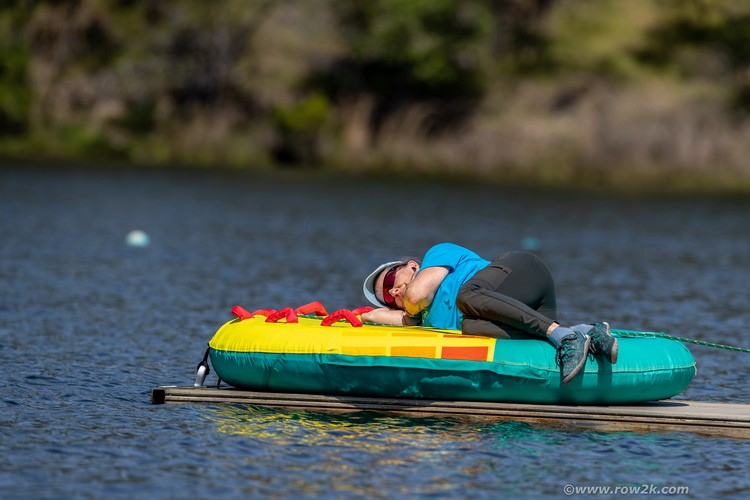 And this guy took up the invitation to make it a swimming day seriously: 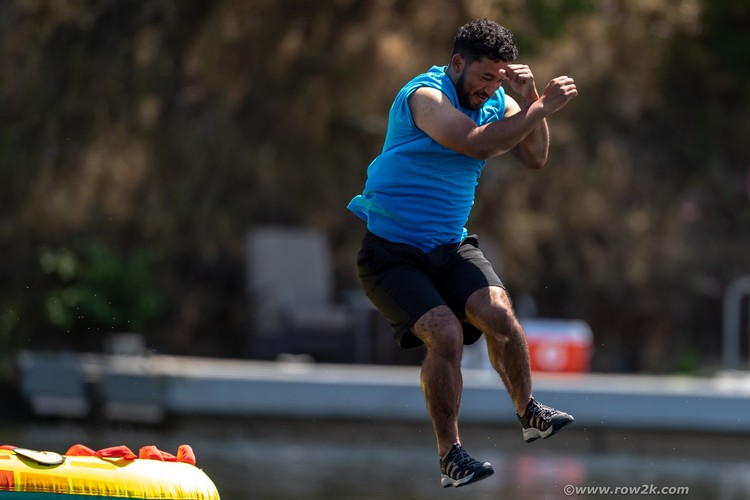 You can judge the whole cannonball sequence here.

Oh, And Once You Are Locked On?

Might as well put those 2 minutes to good use!

We get it, 'tis Senior Spotlight time, so here is a friendly PSA from row2k: do it without stealing other folks' work, so a bit more like this:

And, yes, the same goes for race recaps like these:

Crew Parent Hack of the Spring

You see a lot of whiteboards in parent tents to help folks keep track of who is racing by, and when, but these Whitemarsh BC parents at the Cooper Cup took it next level, with headshots of the athletes: 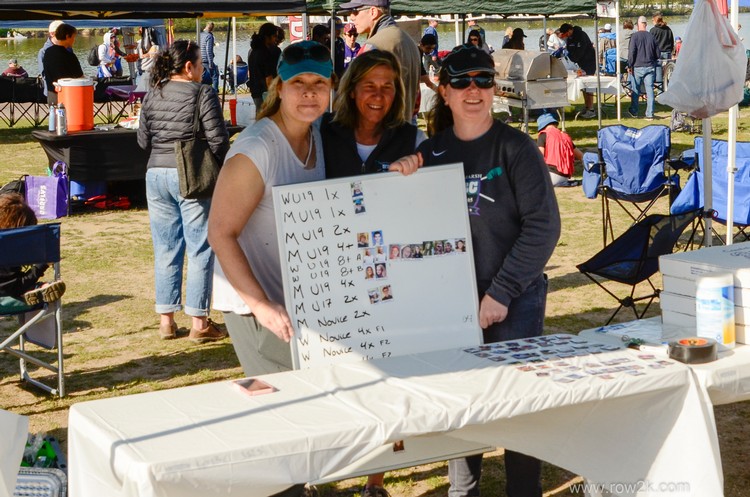 If so, coaches are going to have to step up their race day grooming game, because, well: "Here Comes, Texas" . . .

Rumors ^Hearsay from the Week that Was 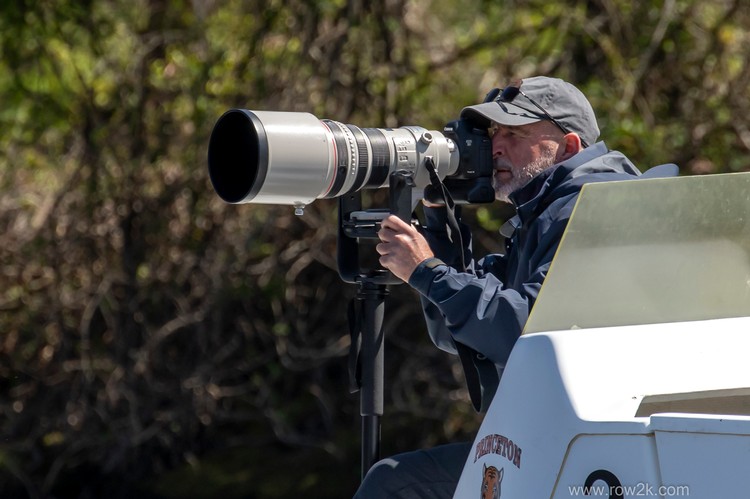