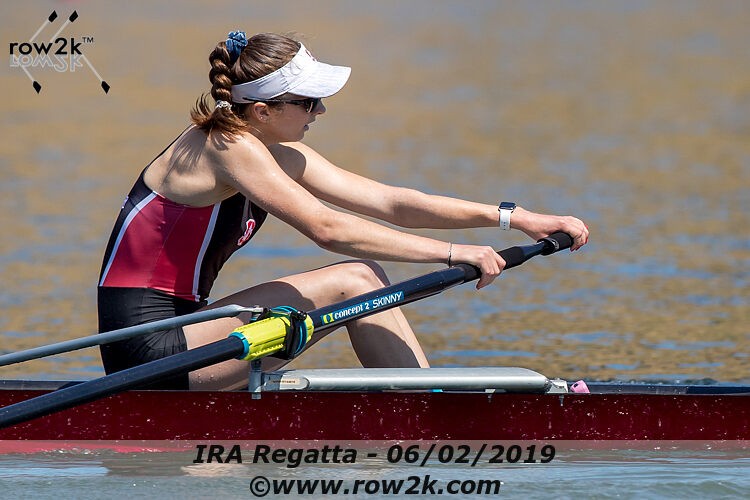 This week's row2k Interview is with Stanford Lightweight senior Martha Yates. We chat with Yates on finding the sport, the trials of 2021 season, and more.

row2k - How did you get your start in rowing?
Martha Yates - I started rowing in 2013 after Oakland Strokes came to my middle school for a demo. My mom had a dream after the 2012 Olympics that I had somehow made it to the Olympics for rowing and was deciding whether to represent Kenya or the UK. When I told her that Strokes had come to my school, she took it as a sign and immediately registered me for a summer camp. I was pretty abysmal at all sports I tried (big B-team representative,) so the fact rowing had one big team of people at all levels really appealed to me and I ended up sticking with it.

row2k - How did you decide to attend Stanford?
Martha Yates - Stanford was definitely an easy choice to make for me. I didn't think I was going to be recruited at all my junior year and had talked to the coaches at Stanford about potentially trying to walk on instead. After some health problems my junior fall, my numbers were far from impressive, but in early spring Kate Bertko came to watch a practice and was generous enough to give me the time of day. On my unofficial visit, my host Hannah Levy opened the door with an apron and a hand vacuum as part of the murder mystery she was participating in. I realized quickly Stanford was a really odd and wonderful place and the team embraced that with a passion. I felt so welcome on my official and was so excited when I got the opportunity to commit.

row2k - The pandemic hit your program harder than most with it being both cut and reinstated. What was the 20-21 season like for the Stanford Lights?
Martha Yates - The 20-21 season was definitely full of a lot of uncertainty. The cut hit the team hard, especially the seniors who wanted to make the best of their last year and our incoming first years who would be losing out on the amazing experience Stanford Lightweights has to offer. Due to the uncertainty of what the academic year and rowing experience would look like, only 14 of us lived on campus and rowed last year. We all got to live together which was incredible, but the rules were strict and there were times when we didn't know if we'd be able to stay on campus, let alone race. The unknown was tricky at times, but I think what made last year so successful for us as a team is that everyone embraced it.

We made a huge effort to focus on improvements within individuals, rather than focusing entirely externally, which allowed us to foster a really supportive and close-knit (but still competitive) environment. Kate was very flexible with us and with the overarching situation, and while she still pushed us hard, she also tried to make it fun and a valuable experience for us all. In the end, we were able to send a four and a double to IRAs, which reflected how hard everyone had worked and how committed everyone was despite the uncertainty.

About a week before IRAs, when Kate told us the team had been reinstated, it felt like recognition of the seniors who had put in four years of hard work and leadership, of the sophomores who came back to campus after only rowing on our team for four months previously, and of the first years who were willing to sacrifice a "normal" first year experience to be a part of the team. It was truly such a privilege to be surrounded by such amazing friends and teammates.

Over the past two years, our team has been dealt a new hand every week, and sometimes they were great hands, and sometimes they were really rough. By trying to stay level-headed and by relying on our teammates, I think we were able to make it through a lot of difficult situations with grit and grace, rather than falling too hard to either extreme. When our team was cut, we came back and trained hard despite it, and when we were reinstated, we focused on the years ahead and how we could prepare best for that. Kate offered us a lot of wisdom in her time, but based on how many times that saying has come up in conversations with my teammates, I think that saying might be her best. 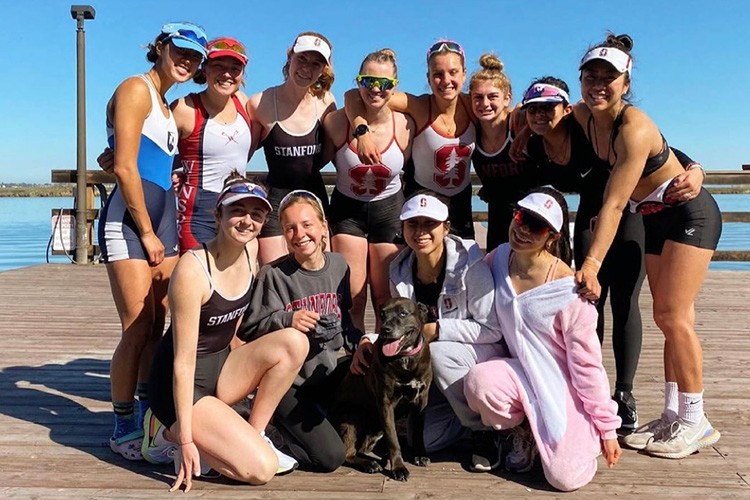 row2k - What do you like most about the sport of rowing?
Martha Yates - My favorite part of rowing is the people I've been lucky enough to meet. Mary Cooper, one of my fellow seniors who walked on her first year at Stanford, swam at the Paralympic trials as a 16 year old, has been on a zero gravity flight (featured in the NYTimes and the BBC), and is an all-around wonderful human. Dhamanpreet Kaur, who joined our team this year, is a medical student at Stanford, ran cross country and rowed at MIT as an undergrad, and has authored numerous papers while doing so. Faith Zehfuss started rowing her junior year of high school after being incredibly successful in the triathlon and somehow can make anyone laugh. Every single one of the people on our team has inspired me and taught me something special in the past four years, and the time spent with my team is always cherished.

row2k - What has been your most memorable race and why?
Martha Yates - I currently have a tie for my most memorable races - IRAs my first year and IRAs last year. IRAs my first year was scary and intense, and all I could think was how lucky I was to be in the 8 and surrounded by such strong, accomplished people who were still nice to me after I stroked 3 races that season with starts on the square. That race was really gritty and hard-fought and crossing that line I remember the feeling of euphoria. I also didn't think to change out of my lucky socks for the podium photo, which is a mistake my family will never let me forget.

Last year's IRAs was an entirely different experience. After the tumult of the past year, our 4 just wanted to go out there and represent the hard work of the team well. The water was pretty rough, and I remember laughing during the warmup because as our boat tipped, my rigger plunged into the water and produced a wave that went over my head and drenched me. At that point, I wasn't very nervous, just excited to go down the course with four of my best friends and have a good time. The wind was gusty and my hamstrings probably did more work trying to pull me up the slide than my quads did trying to move the boat, but it was so gratifying to get to the end of the course knowing the seniors had gotten the final win they deserved. 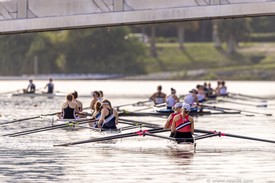 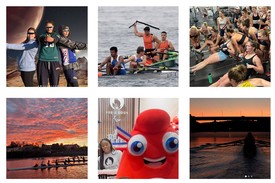 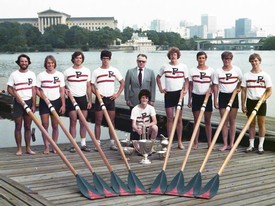 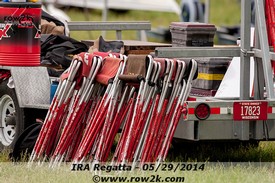 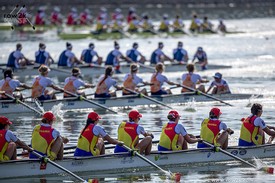