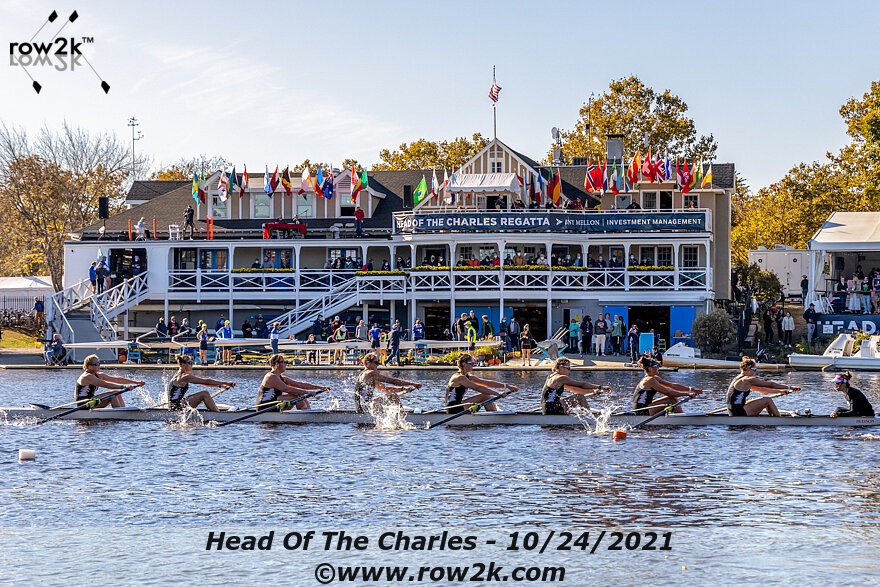 The Stanford women had great results in 2021, finishing second as a team at NCAAs, then winning the Championship Women's Eight at the Head Of The Charles in October. The crew finished first, defeating Princeton, Yale, and a Canadian National Team 8+ with seven of the nine that won the eight in Tokyo. This photo was taken towards the end of the race with Cambridge Boat Club in the background.