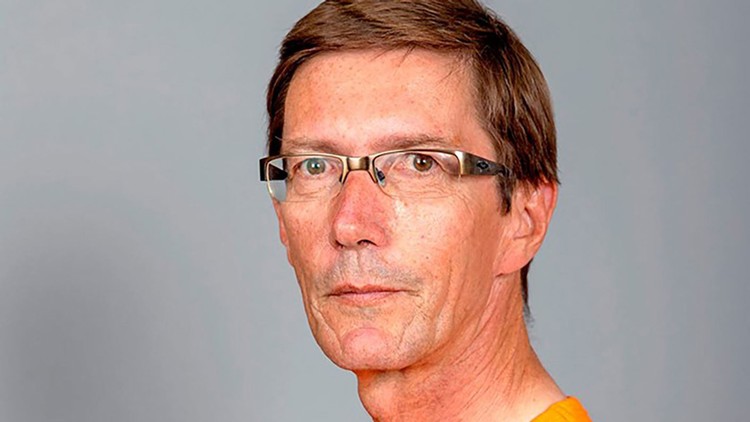 USRowing announced the hiring of Josy Verdonkschot as Chief High Performance Officer; he will begin in the position in January 2022.

In a release, Verdonkschot said "This position is a challenge I am looking forward to. We still have to finalize the details, but it feels good. I am excited to meet the U.S. athletes and to build a structure and culture to help make them successful." "

row2k spoke with USRowing CEO Amanda Kraus about the hiring process, Josy's vision for the national team, the current situation for athletes, and more.

Kraus noted that the search included 26 candidates, including three women, with seven finalists who went through the full interview process. That process included two rounds of interviews with the search committee, and then multiple one-on-one discussions with Kraus, and discussions with references, including people who were provided as formal references as well as others who were not. The candidates also responded to a batch of written questions on "planning, our processes, priorities, specifics around what they would do if they were to move into the role," Kraus said.

Amanda Kraus: I thought it was a really thorough search, and it was very helpful to actually get to know these people so well, or as well as you can across three or four months, and get a real sense of the direction they would take the program, and a real sense of their experience - and then to learn a lot about them through talking to people from other countries.

I was inspired to move forward with Josy for a few reasons. Obviously his success within the Dutch Federation - I think they were third in the medals table in Tokyo - and he's obviously a lifetime student of the sport. He's worked with World Rowing for a long time to lead on data, athlete care, management, training programs, and more.

row2k: Can you talk at all about Josy's vision of how things might work as you came to understand it?

Kraus: I think he brings confidence but humility to the role, too. In the interviews, he talked about how much he would need to get to know who we are and who our athletes are. You can't just take the mold that he had in the Netherlands and just do a hard application to the US system.

He clearly takes the time to get to know each individual athlete and to prepare plans for them to be successful. He is definitely a believer in culture, building and developing one, and creating trust among those athletes over time. I don't think it's his style to come in and mandate 'this is how we are doing everything.'

I was really drawn to how he talks about evolution versus revolution - and that's what we'd like to see here. He said he wants people to want to do this training plan and want to follow this vision and strategy, and not feel like they're being forced into it - to see that it works and that's what will draw them to it. I really liked that a lot.

row2k: This is a new role in US rowing, can you describe the job?

Kraus: That's a good point, because I think I made the assumption that everyone read the job description in detail. What we're looking for is basically the CEO of high performance.

We're looking for someone to be the architect of a long-term plan. Obviously for Paris, too, but someone who's really going to think holistically about the entire system, from how we teach people how to row and how we develop young people, and working hand in hand all the way through to the elite athletes. Because it's all connected; I feel so strongly about that.

This person is, again, the architect. So what's the best system for this country? And then who is the team he needs to deliver on that? And by team, I don't mean the athletes, I mean the coaches, the support staff, the operations people, the physical therapists, the physio, the psychologists, sports psychologists, et cetera. And then he needs to be the champion of it.

There have been so many good and sort of discrete efforts in this country to be the best in the world. And we certainly had moments of finding that. Look at Tom Terhaar and the women's eight. But in recent history, there hasn't been a system, and it's never had a true leader.

row2k: I understand the vision outlined here; what are near-term goals for the position?

Kraus: Near term it is to get a full team in place, coaches and the rest of the staff.

And then he wants to know who our athletes are. Where are they? Physically what are they doing? What's their training plan? And then work to get everybody aligned. He's a big data person, so that's going to be top of mind for him, I'm sure - how do we start capturing all this information and using it to develop athletes?

row2k: Is there a timeline for hiring coaches?

Kraus: I know that's the top of his list, we've already been talking about it - and it is great because we have emails coming in from people - good, good people too - saying "Hey, I'm excited about the future. I would love to be a part of it."

row2k: What is the status of selection procedures, and how would the HPD fit into or have to accommodate those?

Kraus: The HPC, I think wisely, got good feedback from the athletes and the larger community, mostly the athletes, and decided it makes the most sense to just say 'these are the dates and locations for trials, and the new head of high performance is going to flush out the rest and refine this.' Because it's too big a decision to be made without him weighing in.

For the USOPC, we have to post the dates and the locations, so that's what we will be sharing and then he'll build it out.

row2k: I have to ask this one, but tell us what happened with Steve Redgrave.

Kraus: I knew you would ask about that, and really it was good to have an opportunity to talk to him, but ultimately there were a lot of things that needed to take place and make it possible for him to come here into this role, and they didn't fall into place. But we certainly appreciated the opportunity to meet and talk with him.

row2k: There were significant funding elements to that involved; how is USRowing working out the financials?

row2k: What do the athletes do in the meantime? They are in a bit of a holding pattern.

Kraus: There are lots of men training with (Mike) Teti, and they're having good experience out there. And the women are training with Laurel now in Princeton; she has been coaching the whole time. So, yes, we're not where we want to; ideally, we didn't have to go through this search, but the athletes are training; they have to be.

row2k: So right now is the option to have 24 men and women is in place, and athletes can go there if they want to?

Kraus: Yes, the invitation is there. Right now it's just women, about a dozen women are there. But Josy might come in and decide he wants to do things differently. And I really have been very clear with everyone. We don't want to lock in as little as possible while still supporting the athletes during this search period so that the new person can come in and have the flexibility to build what they want to build.

Matt Imes is still here, and has been incredibly helpful and he's going to see the whole transition with Josy.

Part of it has been lesson for me, how do I get better at making sure we're communicating all the work that's happening behind the scenes? I feel that we have done that, but it seems like not well enough. The narrative that we don't care about the national team does come back to me, though we've probably spent more time on national team work in the last six months than anything.

With this search, we had two choices after Tokyo in my mind. One was status quo, to stay the same. I don't know about most people, but so many people were unhappy about where we were going. We had a 140-page report from the USOPC that was critical of our culture, our selection procedures, ways that athletes could communicate feedback, and criticism and concerns of all sorts; 140 pages of it.

So even I had to get comfortable with a little bit of the unknown for a period of time. It's maybe like cleaning out your closet; alright, I have to make things pretty messy for a little while and I'm going to build it back. And I don't know there's any way for people to believe in that until it's done, and that's okay. But I do want people to know that there's a method behind all of this.

row2k: Is there anything else here that we haven't touched on?

Kraus: Just that I couldn't be happier. The search has been a big effort, and there's a lot at stake. Like everyone else, I want to have somebody fantastic, and then we could do the work. I'm so thrilled we have Josy. And I think we're going to start to see a very different culture and approach, and I'm excited about that for USRowing, and most of all, for the athletes.