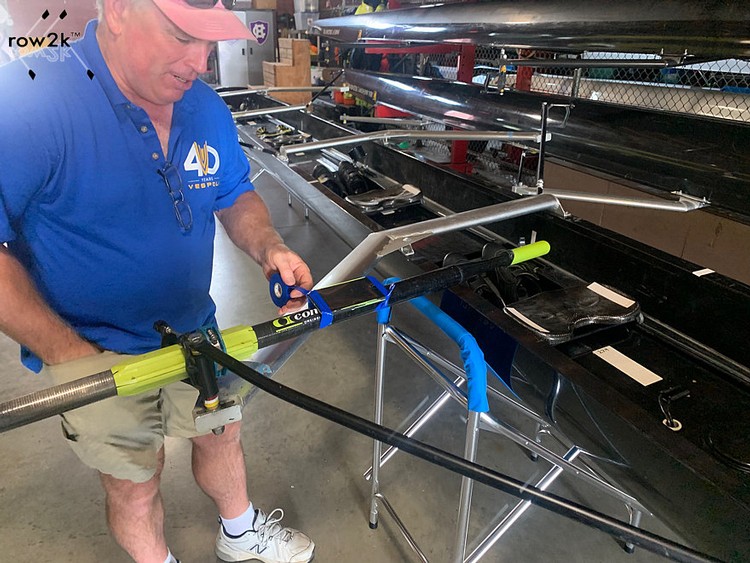 Spent a little too much time with your rigging charts and now need a quick way to start measuring catch angles? Well, there's a Hack--and an app!--for that: try Compass App-ing Your Catch Angles.

This one popped up on the Vespoli Instagram account a few weeks back, with Charlie Huthmaker showing off a way to use his phone to measure catch angles off an oar shaft, and we just had to get in touch with Hacker Huthmaker to find out more.

Huthmaker admitted to us that he thinks up most of his rigging suggestions and tools during his hours of long solo road trips working for Vespoli, and from his experience with USRowing Coaching Ed program, where he fields a lot of rigging-specific questions from coaching students. As he tells it, "I wanted to invent a simple tool for measuring catch angle but came to the realization that it was sitting in my pocket with the Compass App. I couldn't find a free Protractor app so this works."

Huthmaker's app fix is a modern solution to a bit of a new-fangled problem: the proliferation of wing riggers makes it tough to use the cardboard or plywood catch angle calculators that were once a Rowing Hack in their own right. Cut to fit the shape of the shell and a side-mounted rigger, all you needed was some string and a grade-school-issue protractor to hack up one of those, but the wings make those tricky to use, as Huthmaker pointed out:

"Modern wing riggers get in the way of using the old fashioned protractor on the cardboard/plywood solution for measuring the catch and finish angles and most teams don't have an Empower oarlock."

But most folks do have a phone and a Compass App, so Huthmaker is on to something here, for sure--and, of course, it will work just as well for those of you who prefer to start by measuring finish angles, too. 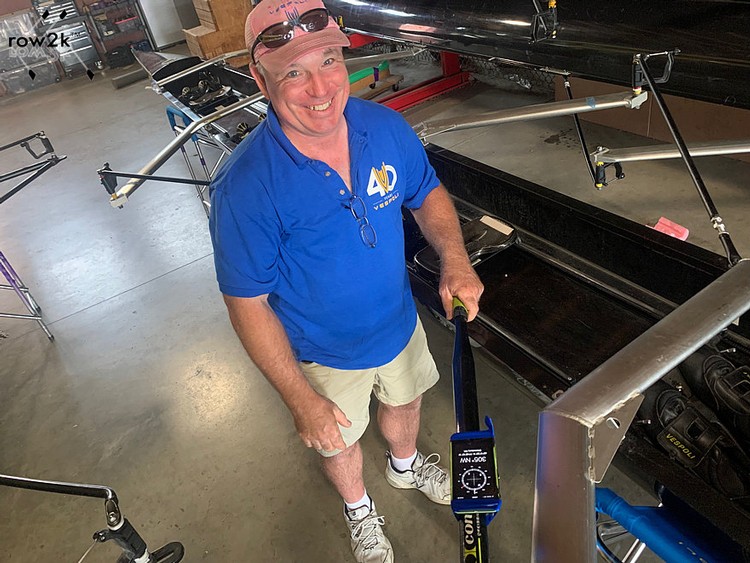 Here is his quick how-to guide to Compass App-ing Your Catch Angles:

Electric tape holds the phone to the shaft. The closer to the oarlock the better. I DON'T recommend doing this on the water unless you have a phone that floats!

1. Mark a spot on the outside gunwale perpendicular to the pin using a builder square
2. Tape phone to oar near oarlock
3. Point oar at perpendicular spot and record compass setting
4. Choose your catch angle you want (typically 54-57 degrees)
5. Do the math and swing oar through 54-57 degrees
6. Tape a zip tie to the inside gunwale where the handle would touch it at the correct catch angle

Sure, takes some set-up and a wide boat bay--or a nice afternoon where the boat can sit outside seats-up for a bit, but for ease of use and getting to skip making a catch-angle board of some sort, this is a pretty slick trick. So grab some electrical tape and some zip ties--two other frequently used hack tools, as you know--and start taking those catch angles seriously.

Do you have a sweet way to make the science of rigging a bit more easily measurable? If so, share your tips--and hacks--in the comments below. 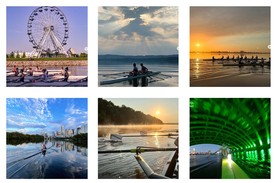 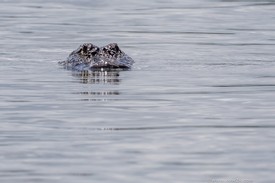