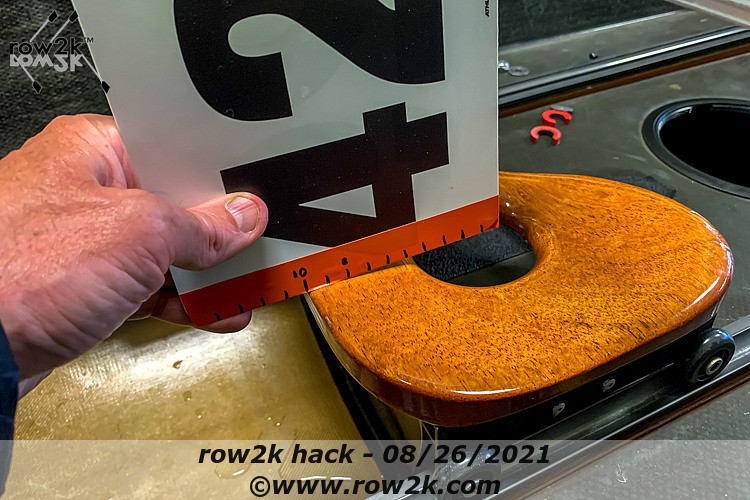 Here at Rowing Hacks, what we love most--besides PVC and repurposed boat straps--are neat tricks that can take a tedious job and make it quicker and more efficient.

So we give you the Work-Through Card Trick: an easily made short-cut for quickly measuring and setting the work-through in your fleet.

The what of this hack is, of course, our old friend the "left-over-and-no-longer-useful-as-a-bow-number" bow cards that we've hacked with before. And we all have a few of these lying around, either because the regatta is swanky enough to buy new ones each year, or because you, ahem, forgot to return them.

Turning it from trash to calibrated rigging tool just requires a bit of electrical tape and some hashmarks transferred from that tape measure you relied on before you knew this trick--in the measurement unit of your choosing, of course. (Rowing Hackers refrain from comment, per the code, on the "inches vs cm" debate).

Why does this bit of rigging need a work-through-workaround?

Well, for one because it is one of those rigging measurements that does not really have its own tool--like height and height sticks--or even a cool iPhone app--like when we all replaced our pitch meters with this hack.

And, for two, it is one of those rigging calculations that--sans Work-Through Card--is usually "measured" by eyeballing things to some extent, and you know where that sort of thing can lead. To figure out your work-through--which row2k has covered before, natch--you really need a quick way to transfer where the front or face of the oarlock is relative to the front of the seat--or the front axle, depending on your rigging preference (and who may have mentored you in rigging).

Any time you are measuring parts of a boat that live on different planes, having an accurate way to bridge up and down is crucial...that is why the height stick, in its many inventive forms, was hacked up in the first place. 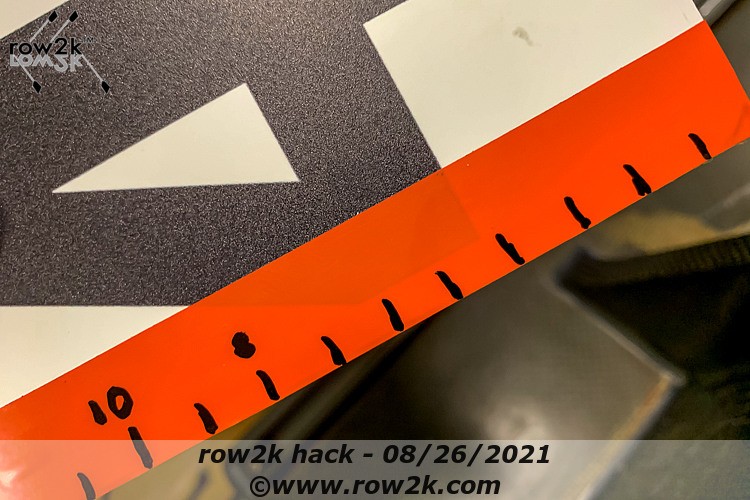 With the Work-Through Card, any height stick, or even just a straight-edge (like a level or a 2x4), can simply act as a stop, and the front of the card becomes a pretty accurate indicator of where the face of the oarlock is; the hash-marks tell you how far the seat is traveling through the pin; and you can easily set a mark of your choosing to indicate the amount of work through you want the crew to be using once the "rigging sesh" is done, and all of you rigging genius has been applied.

So, grab an old bow card and, with about 30 seconds of taping and Sharpie-ing, you have a quick and reliable way to zip through a whole shell setting tape marks, straws, or even hard-stop front stops to get your crew's work through spot on.

Oh, and there is one other version of this hack that is super old school: just go by the book--Mike Purcer's book that is, which just so happens to be the perfect width for a certain standard work-through...which could be coincidence, but probably not . . . Canadians know all the rigging tricks. 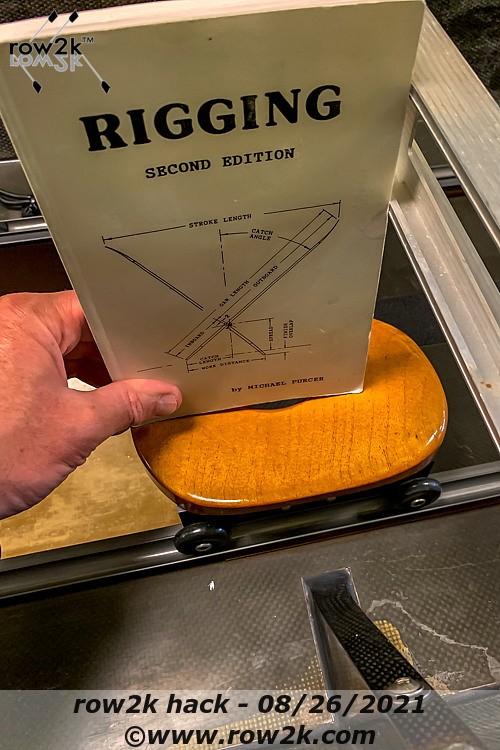 Invented any cool rigging tools at your place lately? If so, share your tips--and hacks--in the comments below.

Have a great rowing hack to suggest for future inclusion? Send it to us!