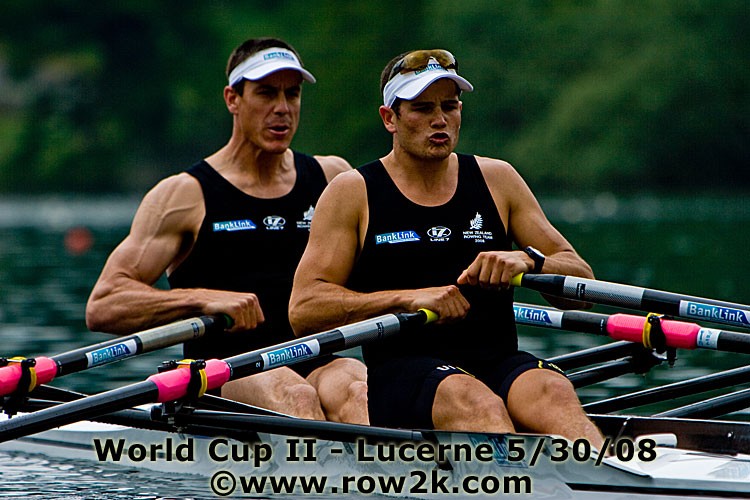 Rowing is one of the most demanding of all endurance sports. While most of the energy contribution comes from aerobic metabolism, anaerobic qualities such as muscular strength and power are also key predictive qualities leading to overall rowing success. A survey was recently conducted in Great Britain among rowing coaches and strength and conditioning (S&C) coaches who worked with rowers. The results of this survey were published in the The Journal of Strength and Conditioning.

The British survey examined issues surrounding the use of strength training in rowing programs. Of the 54 questionnaires sent out, 32 responses were submitted for analysis. Twenty-two of the participants were rowing coaches, and the other 10 were S&C coaches. The average age of the coaches was 32 years and mean coaching experience was 10.5 years. 35% of the respondents coached Olympic level athletes; another 35% had coached at the National level; and the remainder coached at the Club, Regional, and University levels. 81% of the respondents held a Bachelors degree, and 34% a Masters degree.

30 of the 32 respondents reported that they conducted physical testing on their rowers. Testing included several key areas mentioned below including cardiovascular endurance, muscle strength, muscle power, flexibility, and speed.

30 of the 32 coaches said they used strength training in their programs, and all 32 coaches stated they believed strength training was a benefit to rowing performance. In-season season strength and power training was used by 26 of the coaches where frequency and intensity varied. 25% of the coaches surveyed lifted 2x/wk, 25% lifted 2-3x/wk, 25% lifted 3x/wk, 12.5% lifted 1-2x/wk, and 12.5% lifted 3-4x/wk. The number of repetitions performed during the in-season training also varied. 42% lifted using less than eight reps (3-6) per set, 26% lifted above eight reps per set, and the remaining 38% used a mix of lifts above and below eight reps per set. Strength training sessions varied from 30-75 minutes in length.

The survey also examined recovery time between lifting and rowing training. Specifically, coaches were asked to indicate the amount of recovery time they used between a high quality row following either an Olympic lift session or general strength session, and between the last Olympic and general lift session and a competition.

The coaches were also asked to rank the most important weight-lifting exercises used within their training programs. The most commonly used exercises by ranking were the clean, the squat, and the deadlift. 16 of the 32 coaches used plyometrics as part of their training programs, while 31 out of 32 indicated that they used some form of flexibility training. All used static stretching.

The survey showed several key trends among rowing coaches in Britain. Physical testing is widely used to measure cardiovascular endurance, as well as muscular strength and power. Most coaches used Olympic lifts, and periodized their training plans. And generally, a 24 hour recovery was used between strength training and high quality rowing training, whereas 48 hours or greater was used between strength training and racing.