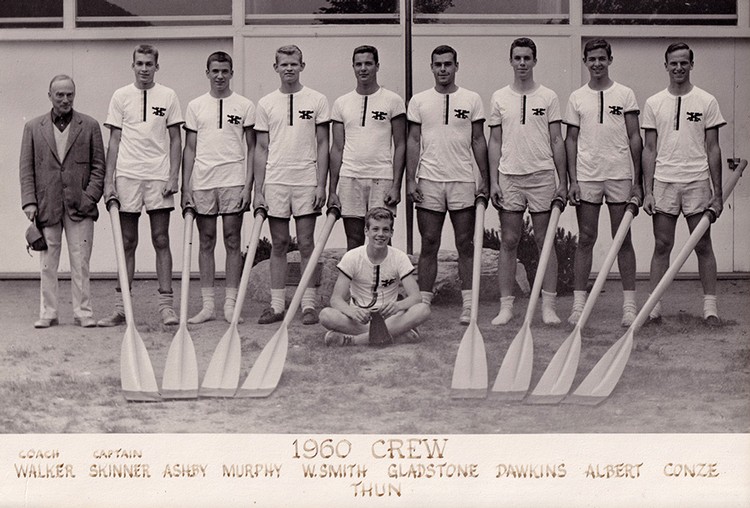 In a projected two volumes, More Than Rowing covers 100 Kent boys crews between 1922 and 2021 and 49 girls crews stretching from 1973 to 2021. Each year was populated with young athletes living, learning, and growing, and their stories are worth remembering.Â

Last week was the 1958 Boys Crew with Olympic Champion Bill Stowe, Kent's most decorated Kent Rowing Alumnus. This week I follow up with the 1960 Boys which includes Steve Gladstone, the most celebrated of the one hundred or so Kent Alumni who have gone on to become coaches. Sharp readers will also recognize Steve's teammate, long-time Brown University Women's Coach John Murphy.

But truly this week/s selection is a love letter to Kent Coach Thomas Dixon Walker, who helped form Steve and so many others. As the cadre of young boys once guided into manhood by Tote now begins to fade into the misty past, it is increasingly important to keep the lessons of Tote Walker as alive as they were precisely sixty years ago on the Housatonic River in the shadow of Mount Algo. 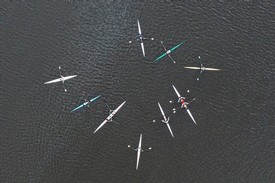 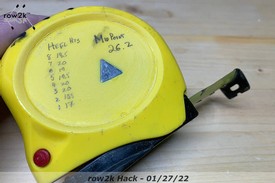