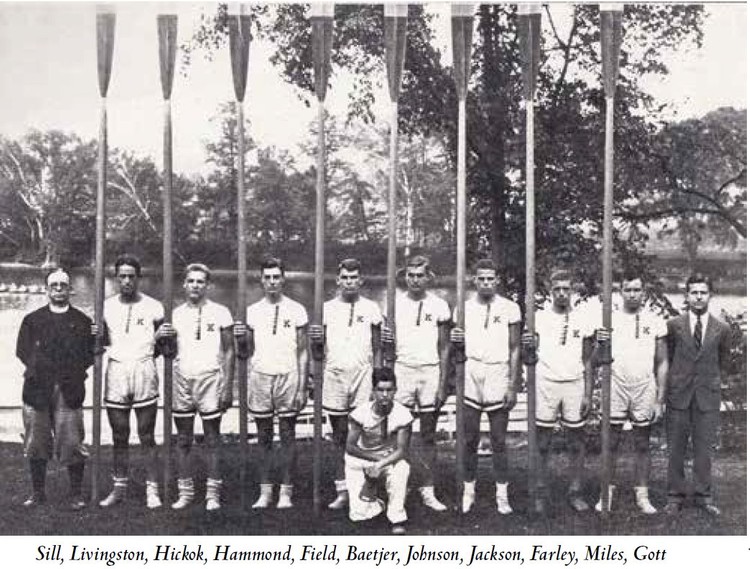 In a projected two volumes, More Than Rowing covers 100 Kent boys crews between 1922 and 2021 and 47 girls crews stretching from 1973 to 2021. Each year was populated with young athletes living, learning, and growing, and their stories are worth remembering.

This week I present the 1932 Boys section nearly in its final form. Let me provide some background. Kent School was founded by Father Frederick Sill, known to all as Pater, in his youth the coxswain of the 1895 Columbia varsity that won the first IRA.

By its tenth year of rowing, upwards of one third of the student body participated each spring. Kent had a First Boat and a Second Boat that competed interscholastically, along with as many as ten additional boats rowing intramurally. They were organized by class, or form in Kentspeak, Second Form through Sixth Form, 8th grade through 12th grade.

By 1932, Kent had already participated in Henley Royal Regatta in 1927 and 1930. During the 1927 trip, Pater had helped set up the English Speaking Union (ESU), which facilitated an exchange program between English and American boarding schools.