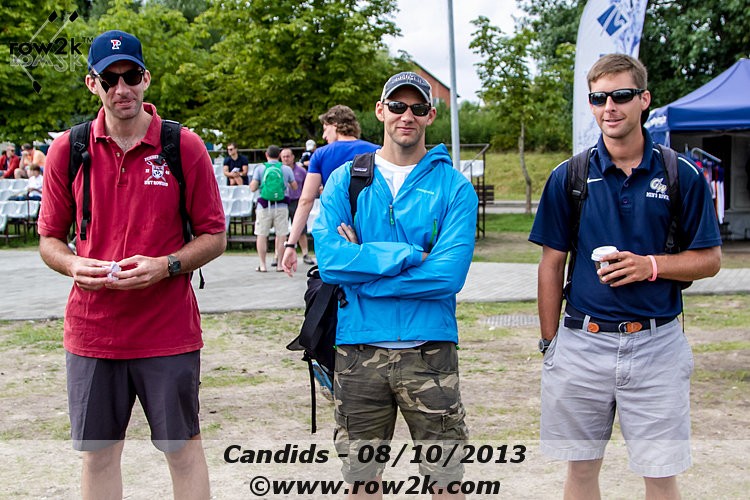 This week we focus on the topic of Recruiting with the following two questions:

WHAT SORT OF WORKING RELATIONSHIPS DOES YOUR PROGRAM HAVE WITH THE ADMISSIONS DEPARTMENT IN GETTING YOUR RECRUITS SUCCESSFULLY ENROLLED?

BILL ZACK – SAN DIEGO STATE WOMEN
We work very closely with admissions through an athletic department liaison. San Diego State is in the top two or three schools in the country each year in number of applicants, so it is very competitive to get admitted. With student-athlete admissions we want to make sure that we recruit strong students with a high likelihood that they would succeed academically. If they meet those criteria and are at an athletic level that warrants athletic scholarship support, then admissions are happy to admit them. Our strong graduation rate and APR statistics and large number of academic award winners shows that the system is working well.

JAMIE FRANCIS – EMBRY-RIDDLE
Per NCAA rules, there’s one person in Admissions that we are allowed to have contact with. Ken is amazing and understands the value athletics brings to the university and enrollment. He can’t get someone admitted who isn’t qualified, but he can help me, and the student navigate the process.

LIZZIE KINNEY – BATES
At the DIII level we have the ability to support but not guarantee admittance. We work directly with an admissions liaison throughout the recruitment process. They are there as a support system for both the recruit and the coaches to make the application process smooth and, hopefully, successful.

TREVOR MICHELSON – DARTMOUTH LIGHTWEIGHT MEN
Our institution, similar to our peers, has a designated admissions officer that reads the applications of our potential student athletes, in addition to the thousands of non-athlete applicants our institution receives each year. We also have an administrator that works as a liaison between athletics and admissions. These two individuals play a huge role in helping us identify student-athletes that will be a good fit for Dartmouth.

JOHN BOYD – IONA
I work directly with our admissions director during the recruiting process. Our admissions team knows who we are looking for on both our men’s and women’s programs and they do a great job of connecting me with high school rowers they encounter in their travels.

CAMPBELL WOODS – MARIST MEN
We work closely with each recruit and our admissions department as well as our financial aid office to make sure that they can get the best possible outcome which includes admission to the academic programs they are looking at, access to special programs like our honors school and the financial tools to make Marist a competitive option. Unlike other programs I do not have a system with “slots” so I do not need to use the pressure tactics that some other coaches will use to get their athletes to commit earlier in the process. This enables me to play the good guy and help each athlete where and how they need it.

KERRY HASSALL – TULSA WOMEN
We have a close relationship; they support our visit plans and we provide them with information for the athlete. We have a strong relationship with admissions, and they are extremely helpful.

NICK JOHNSON – BARRY WOMEN
We make sure that our recruits are flagged in the admissions system as being athletes, and we have a fairly direct line to the admissions department contacts that are in charge of their applications. They have to worry about hundreds and thousands of applications, so it is sometimes difficult to ask them to focus on just one recruit, but we always get an answer and they understand that our recruits are on the upper end of all applicants when it comes to academics and ability to graduate in four years.

BART THOMPSON – ADRIAN
We’re incredibly blessed to have a fantastic Admissions department. I probably speak to our Director of Admissions 3-5 times a week about the recruits that we have. When you communicate that often it makes life easy, because the updates are always small, and things don’t get lost in the shuffle.

KERRY HASSALL – TULSA WOMEN
I think coaches and PSAs should either be allowed to communicate, or they shouldn’t. This is confusing enough for the domestic athlete, but it can be a minefield for an international. It seems a little peculiar that I can watch an athlete row, that I am not allowed to talk to the athlete face to face but I can walk around the corner and Facetime them.

NICK JOHNSON – BARRY WOMEN
This spring (2020) has been a bit of an anomaly, but overall the recruiting process is good right now. The process is great for the recruits now since the window for signing an NLI is so wide open, but a little stressful for coaches since you really need to be recruiting all year long now.

JAMIE FRANCIS – EMBRY-RIDDLE
Division II is probably the easiest to work with in terms of recruiting rules. There seems to be a movement to adjust the rules to better reflect the typical decision-making process of a non-athlete student. One of those things has already been established for DII which is the ability to attend an official visit as a junior. I haven’t used that too much because I like to get to know the prospective student-athlete well before I invite them on an official visit.

EMILIE GROSS – NORTH CAROLINA WOMEN
I feel sometimes the NCAA rules are built not specific to rowing, but in the end, they are the guidelines we have to follow and following the guidelines is important to me.

BILL ZACK – SAN DIEGO STATE WOMEN
The one rule that I would like to see rolled back is the one that permits official visits in the junior year. I think it puts too much impetus on some athletes to travel during their spring racing season and pressure to commit before they have had an opportunity to fully explore their options. In rowing it is common for athletes to get an offer, commit to it verbally, and then shut down all recruiting activity. In other sports, particularly football and basketball, recruits get multiple offers and then eventually make a decision. I don’t want rowing to become like football where they announce their decision on signing day by choosing from amongst a bunch of ball caps on a table in front of them. And I don’t want to get to the point where the ESPN channels have a crawl on the bottom of the screen that includes notable flip-flops in choice of school. But I do prefer taking visits in September and October, choosing and signing, and getting on with the rest of senior year.

CAMPBELL WOODS – MARIST MEN
I think that the rules have gotten stretched to the point where the top programs contain a very high number of older, more developed and often internationally ranked and talented elite athletes. This has led to a pretty rigid pecking order for varsity men’s teams which is why you see the same 6-7 programs in the grand final at the IRA every year. If the IRA wants to see a more even playing field or at least a wider array of teams capable of competing for a championship, then eventually some of the rules will have to change.

BART THOMPSON – ADRIAN
I’m speaking as a Division III coach here, but in general the rules are fair. If anything needed to be changed it might be some of the contact rules, since they are a bit inconsistent. If I am at a regatta and there is a sophomore that I’m interested in, I can’t speak to him/her, but I could get back in my car, drive away, and call that rower and we could speak.

LIZZIE KINNEY – BATES
Being in the NESCAC conference, we have a stricter set of rules than most. I believe in those rules and think that they follow the mission of NESCAC appropriately. However, there are times when I wish we were given easier access to recruits in the off season especially in the summer during club rowing.

Recruiting Part 1 - What Recruits Should Know

Trailer Hack: Rewire Your Brain to Back Up Better
Rowing Headlines