row2k Features
row2k features > row2k Exclusives
Ashley Pryor of Relentless Rowing: 'There is so much magic on that water'
March 16, 2021
Ed Hewitt, row2k.com 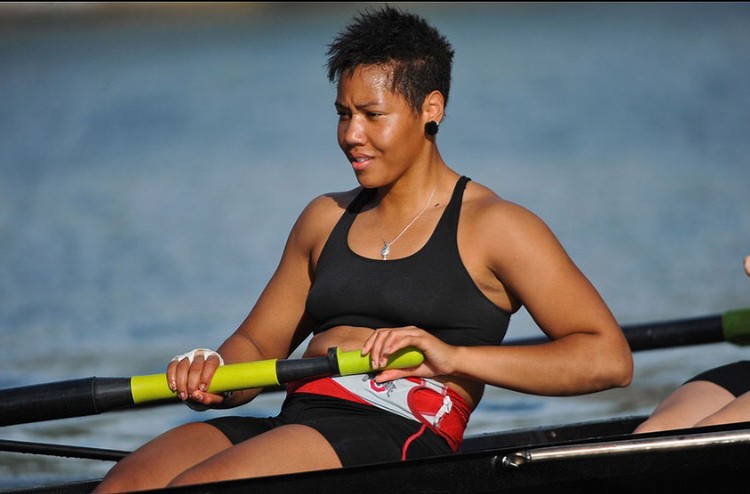 By the time she was 26, Ashley Pryor had reported directly to a major university president while still an undergrad, started two businesses, and has recently launched the non-profit Relentless Rowing Academy. Pryor says it was all made possible by a couple chance encounters with rowers several years ago.

While a junior at Westerville North HS in Westerville OH, Pryor saw the school rowing team rowing the ergs.

"I saw them doing an erg workout, lined up making a whole bunch of noise rowing in unison, which I thought was super cool," she recalls. She went home and told her mother she wanted to join the rowing team.

Pryor was involved in other sports, and as a family they decided rowing wasn't a fit that late in high school, so they decided to "stay the course," as Pryor recalls. Two years later she was playing basketball at OSU-Newark while playing basketball for the local technical school, and was looking to transfer to a larger school. She was looking at nearby Otterbein University, but was considering the Ohio State main campus in the back of her mind.

Pryor ended up walking around the Ohio State campus with some friends, and some rowers took notice.

"We were just walking on campus, and a student came up to us and said 'Hey, have you heard of rowing?'" Pryor answered that she had been interested in high school, and mentioned she was looking at attending Ohio State.

"Walk on to be a D1 athlete here, and row," the student said.

When Pryor got home, she told her mom, Evette Pryor, "I am transferring to main campus and am going to walk on to the women's rowing team." Her mom still had questions, but Pryor persisted. "This is my shot, this is my opportunity." Her mom got on board; "She told me 'Ok girl, make it happen,'" Pryor said.

In her first year, Pryor made the second novice eight that got bronze at Big 10s, and then received a 'bit of a scholarship' to move up to varsity, based on leadership displayed in her novice year. Pryor notes that the team was on its way to their first national championship at the time.

"I really found my role that year being competitive from the bottom of the list (laughs), making sure that I had good energy and that I could play my role," she said. 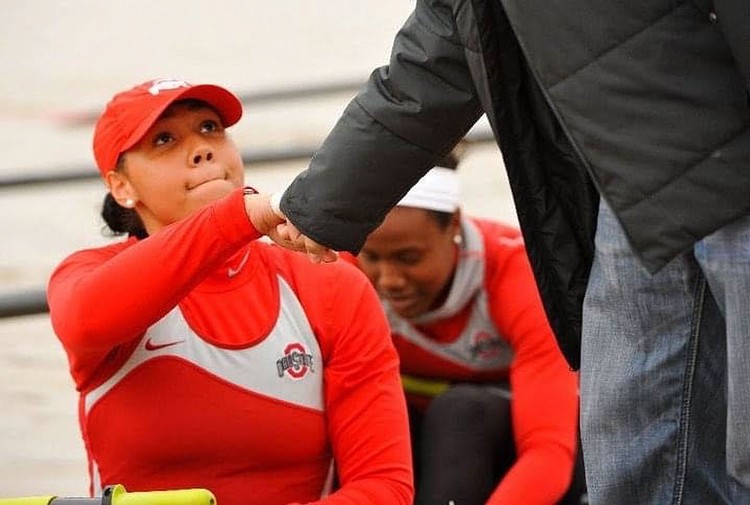 "It was really cool to be on such a competitive team, and I learned a lot. I still think the reason I have had some success in my career is because of that year."

That experience planted the seed for Pryor's latest project, to bring rowing to underserved communities and people of color at Relentless Rowing, which she founded. Pryor owns and runs three businesses, (although she still calls herself the 'new kid on the block' among black female rowing entrepreneurs, a topic we are working on for an upcoming feature).

Subsequently Pryor got a summer internship working for the university president at the time, Dr. Gordon Gee. Two months in, Gee sat her down to ask what she wanted to do with her life. Pryor said she did not know, and Gee told her he wanted her to work fulltime in the president's office, but she would need a masters degree.

"I'm a first gen college student, I was just happy I got through undergrad, and now you're telling me I need another degree?!?" Pryor responded.

Nonetheless, Pryor applied with Gee's help, got a full ride for her graduate studies, which she pursued while working assistantships 30 hours a week for the university in wellness and athletics. This led to her role as assistant director of alumni affairs, where her territory had her traveling every two weeks to 19 states ranging from North Dakota to Alaska and Hawaii. She ended up moving to the Social Change offices at Ohio State, where she started thinking about rowing again.

"I went to my mentors and said I really wanted to get back into rowing, to work with rec centers to help more black and brown kids get involved with rowing, and to help negate some of the culture differences that didn't allow me to be my whole self."

There was a position coming open where Pryor could learn some of the skills she would need, but in a tragic turn of events, Patricia Cunningham, the director of the Social Change office who had hired and mentored Pryor, fell sick, and eight months later, passed away. Pryor stepped into the role as director. She learned at a rapid pace, always with her mind on returning to the sport, and when the Director of Rowing Operations role opened up at Ohio State, she went for it.

"This was my opportunity to come back to the program, to what my passion is, give back, learn some things I need to, and to try to showcase to the women what life after rowing was like" she recalls. "Not everyone will make the national team or go to the Olympics, but the things you learn here will last you a lifetime." 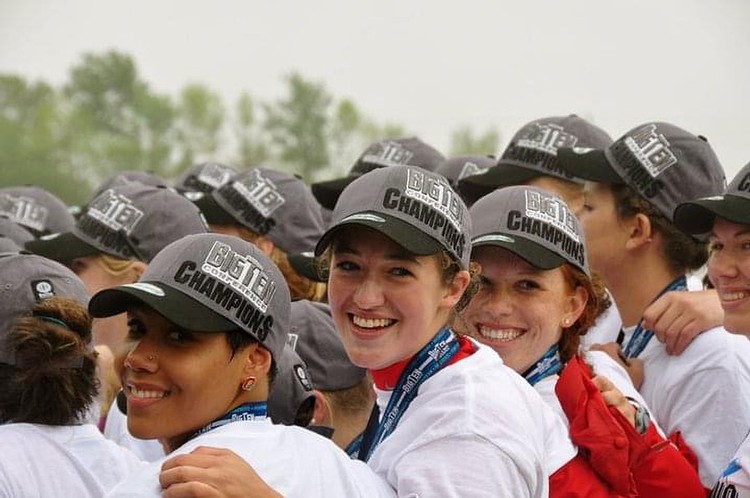 "At the time I was a director overseeing 800 students and staff at 26 years old, and I was appointed to that position by the vice president because I had learned the discipline and the teamwork and the ethics from the rowing team. I felt like I could showcase that while also having some crucial conversations about how to shift the culture to be more welcoming to different people."

Pryor had been teammates with then Ohio State assistant coach (now head coach) Kate Sweeney, and Pryor shared her nascent idea for what has become Relentless Rowing with Sweeney. Sweeney encouraged her, and then the events of the summer of 2020 served to make the project much more urgent.

"After the passing of George Floyd, I called Kate and said 'Okay, the time is now.'" Sweeney agreed, and Relentless Rowing was born. 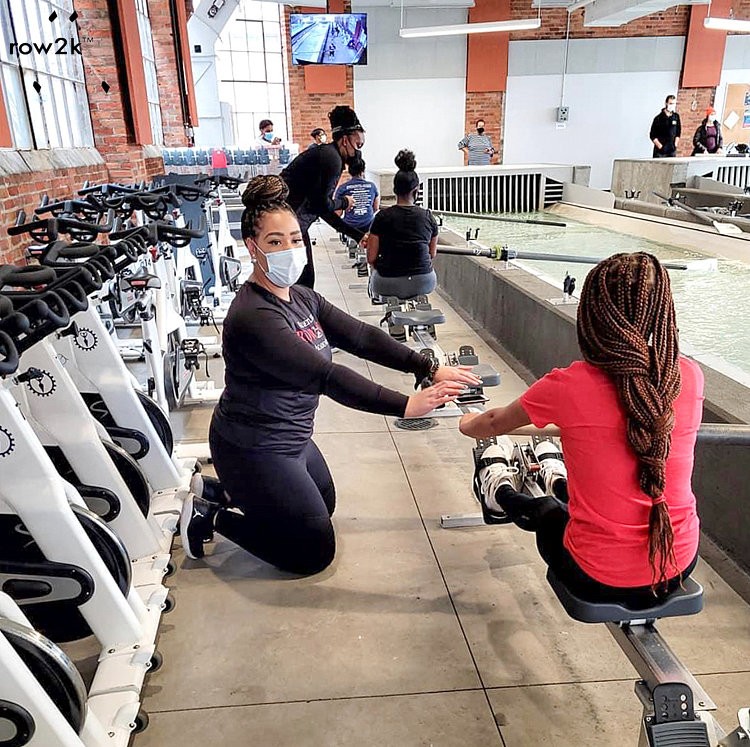 Pryor coaching on the erg

Entering their first spring this year, the five-seven athletes that comprise the first group at Relentless will row under the umbrella of Central Ohio Rowing; Pryor notes that the pandemic has kept several potential athletes on the sidelines for now, and hopes to expand the ranks soon. Through various partnerships with local rec centers and others are working to offer financial wellness education, entrepreneurship education, college readiness, and leadership development.

"We want to build out slowly not only to be a rowing program, but to be a life skills development program," she said. 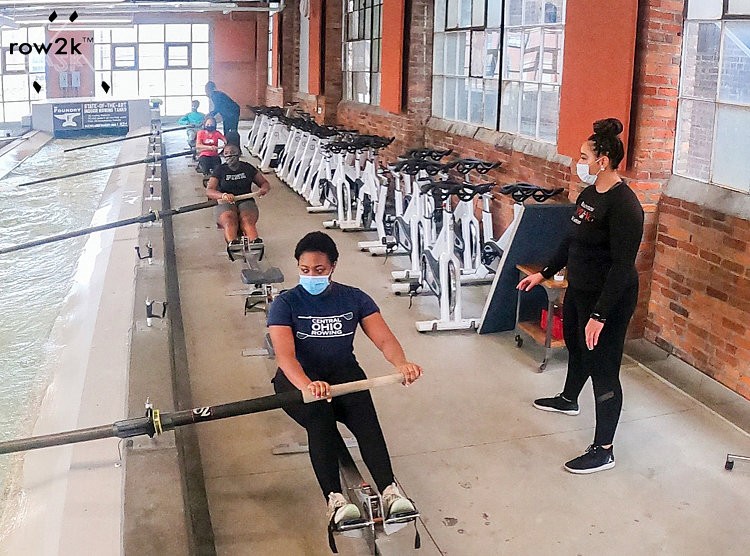 Pryor coaching in the tanks

Even before her return to rowing, Pryor had become in demand as a speaker and presenter, so started a business, ALP Speaks Out, to support those efforts and opportunities. Pryor credits rowing for much of her success, but it is clear there was more than a spark already there when she found rowing; where does this come from?

"I have one of the most bad-ass moms in the world," Pryor said. "It was instilled in my brother and me (her brother Doug is a history teacher and head coach of a conference-winning high school football team) that we were going to take risks. She made sure she put us in different circles economically, that we did community programming, she made sure that she showed us all levels of life and to have honest conversations about everything. Watching her make her way no matter what for my brother and me, I learned what unconditional love, what discipline, what sacrifice looks like." 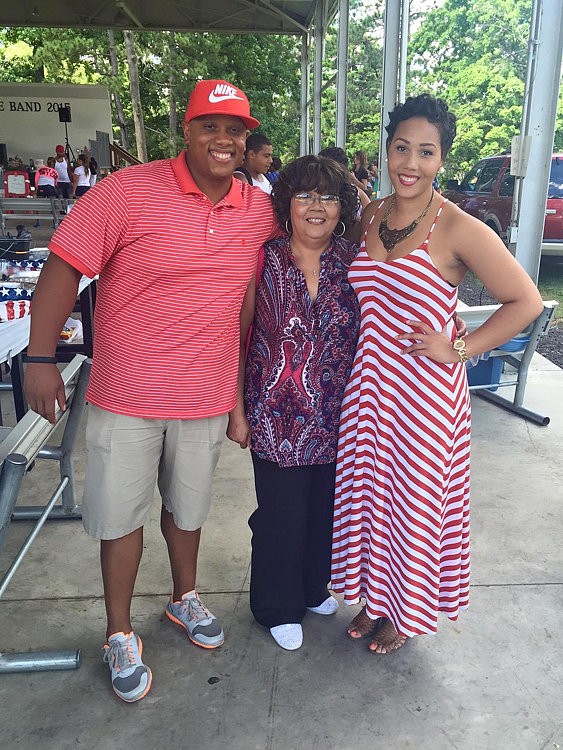 "Then for myself, I believe what she taught me was unleashed by testing the waters in certain places. That was why I named the community rowing program Relentless Rowing. Get up, keep trying, keep moving. You might be afraid, but do it anyway because you have nothing to lose. If anything you are going to gain knowledge and experience, so let that fear guide you so that when you make it, you remember what it took.

"So many people - Dr. Gee, Patty (Cunningham), my brother who bought my gym membership and was always my coach - said they believed in me and taught what they know to me.

"Rowing itself is an unleashing of your inner voice, fighting constantly against the discomfort, the fear, and being able to push through that, every time you dock you are a little bit stronger. Even on the erg, watching your splits go down as you get better, getting that instant gratification and feedback, is really cool.

"Those are the gifts that I have gained and why I am so passionate about opening the sport up to other people, because there is so much magic on that water." 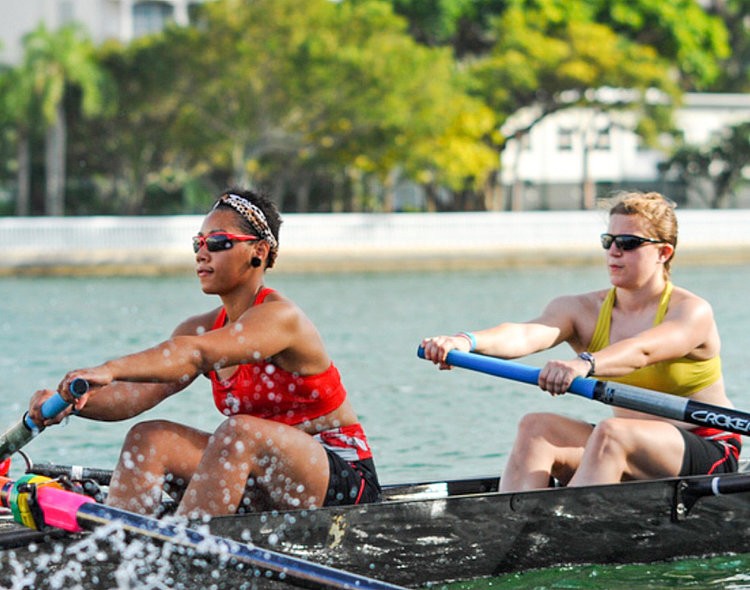