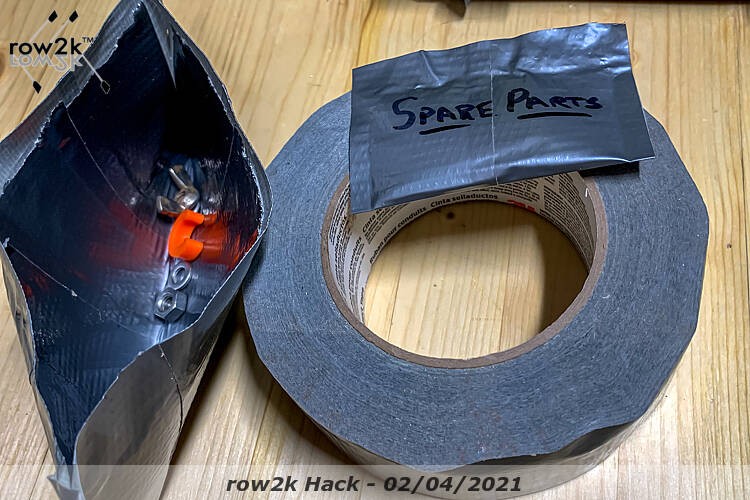 The Rowing Hacks are always on the lookout for cool tricks that we can add to our arsenal of tips and, while many hacks are of the "dreamt up on the spot using whatever is lying around the boathouse" variety--like stopping geese with 7/1 inserts--we also find some neat ideas in the outside, non-rowing world that we think are worth bringing into the fold.

No surprise, then, that we would find ourselves seeing an article entitled "How Duct Tape Can Help You Survive" and immediately think: is there a Rowing Hack here?

Some of the tips in that article are definitely a bit too backwoods survivalist for most boathouses, like how to kindle a fire with balled-up duct tape or how to make anti-snow-blindness goggles, but in-a-pinch blister and wound care? Or even the tip about making "duct rope"? Those could be hacks worthy of keeping some duct tape in your toolbox or wrapped around, say, your new water bottle toolkit, but it was the tip about making a water-tight, super handy pouch out of duct tape that popped for us and so, here you go Rowing Hack Fans: The On-Board Spare Parts Pack

We are going to guess that all of us have either been in a boat that is suddenly missing a tiny spare part, or in a launch on the receiving end of the old "Hey Coach, do you have another..." query. How great would it be if every boat in your fleet had the exact right spare nut, washer, spacer, etc, on board already? And, how clutch would it be if that moment of need came on the way to the starting line, where crews are largely on their own? To say nothing, of course, of how handy this could be for the single sculler out on her own.

Now, this hack could be as simple as slapping some washers, a few nuts, and a height spacer or two on the sticky side of a long piece of said tape and then tacking it on the inside of the gun'l, but we like the extra-step approach of making this little pouch by folding the duct tape back on itself. You can make the pouch as big, or small, as the parts you want to include, and then the whole thing can be put in a good spot near the coxswain, bow man, or whoever the most mechanically inclined oarsman might be in your crew.

The "make it a pouch first" method also lets you affix it to the shell with something other than gunk-residue-leaving duct tape itself: electrical tape, as we all know, is a lot cleaner and just as effective. 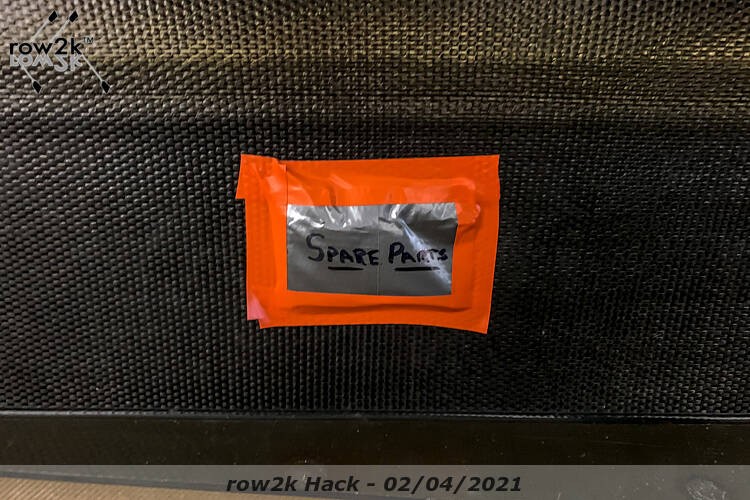 You could even add a "resealable flap" with some extra tape, but we actually like this hack as a fully-sealed, tear-open-in case-of emergency "one use" pack. That way you can put just the bare minimum in there, saving yourself the kinds of precious ounces that might actually count on race day, but still make sure the crew has what it might need in a pinch.

This hack could work for other "needs to stay dry" stuff that could come in handy when miles from the boathouse--like a few band aids--and you could even use it to pack an emergency wrench, somewhat along the lines of that Magnet-Equipped Wrench Hack we brought you a few months back.

Of course, clever though this might be, it comes nowhere near the slickness of rowing's duct tape ur-hack: the elaborate splash-guarding that rowing coaches and boatman of a certain vintage used to be able to whip up in the boatyards almost as quickly as the white-caps were building on, say, Lake Onondaga. The Rowing Hacks are still on the hunt for some classic wayback photos of one of those rigs in action--and when we find one worthy to share, we can't wait to give it, and those Rowing Hackers, their due.

If you have a neat duct tape use that we could all put to use, share your tips--and hacks--in the comments below.

Have a great rowing hack to suggest for future inclusion here--or a photo of your crew all duct-tape-splash-guarded up? Send it to us! 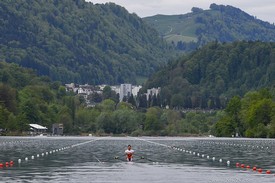