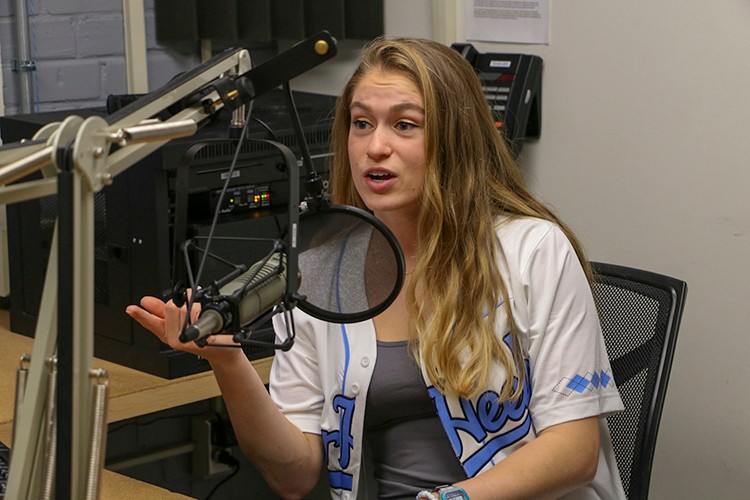 This week's row2k Interview is with North Carolina senior Juliana Micchia. We chat with Micchia on her path to rowing and her podcast, Benched.

row2k - You started rowing as a novice at North Carolina, what was your athletic background prior to enrolling and how did you end up in Chapel Hill?
Juliana Micchia - My athletic background prior to walking on at UNC was mostly soccer. I played competitive soccer my entire life and even traveled with a club team overseas to Sweden when I was in middle school. I grew up trying out different sports, but soccer was my first love, and I played competitively until college. I also had many concussions, which is why I decided to not play club soccer in college and instead pursued rowing plus I wanted the competitiveness of a Division 1 sport.

row2k - How did you find your way into the rowing program?
Juliana Micchia - My story is unique. I walked onto the team as a sophomore. I had heard about the program before entering college and told my parents about my plans to try out. My parents persuaded me to wait until after my freshmen year to make sure I could handle the academic rigor of college but specifically UNC. My dad who was a college athlete himself really wanted me to focus on my education because he played sports with the end goal of having his education paid for and he has always been an 'academics take priority over sports' type of guy despite being an incredible football player who is in the College Football Hall of Fame. After I did well my freshmen year with academics, my parents fully supported my decision and I walked on in the fall. I take after my dad in the sense of competitiveness, so he understands and supports my desire to compete at the highest level.

row2k - You host a podcast called Benched, how did that come about and what are the topics/goals of the podcast?
Juliana Micchia - I started hosting Benched about a year ago. This podcast was a complete blessing in disguise, I was on the marketing team for the non-profit UNCUT, which aims to give student-athletes a way to share their stories about more than just athletics, and because of my personality, I was pushed on the media side. I had a lot of different ideas and was outspoken and one day got the call from my friend Alex. Alex, who has become one of my best friends and biggest supporters, told me I was hosting a podcast, and I did not have much choice in it (lol). He told me I would be perfect for hosting a podcast about female athletics, so that is how it started. I have a passion for equality and empowerment in women's sports. We are now in the second season and topics have ranged from body image, disordered eating, the Olympic boycott of 1980, injury, strength training in relation to menstrual cycles, cancer, Black Lives Matter protests, girls playing sports with boys growing up, gender-based violence, disability in sport, how sexism and culture influenced gymnastics, and intuitive eating.

row2k - How well did you and your team cope with all the unexpected COVID-19 issues in the spring and fall?
Juliana Micchia - We are still coping. Every day is an extreme challenge. My coaches and the sports medicine staff have gone above and beyond trying to make sure everyone is well taken care of and comfortable. The logistics behind it are insane, it is so hard to get everyone together, but my coaches did an excellent job of getting everyone on the water last semester by doing multiple shifts. 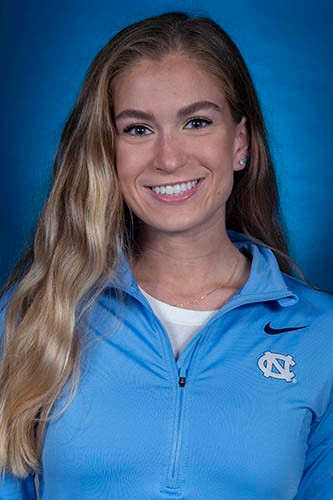 row2k - What do you like most about the sport of rowing?
Juliana Micchia - Rowing is the most different and most difficult sport I have ever played. The pure strength and fitness needed is so empowering. I really have enjoyed how detailed every aspect of the stroke is. A simple mistake is felt by everyone and the focus needed to be successful in a race is an out of body experience.

row2k - What has been your most memorable race and why?
Juliana Micchia - My most memorable race was last year at the Princeton Chase because the weather was crazy and it made racing that much more interesting. I swear it was like a hurricane, our coxswain cox box went out during the warm-up, and our entire boat had to adjust and race with no cox box. It was the most challenging race I have ever been in, but I really loved how my boat came together and adapted to what was such a chaotic situation.

row2k - What are you studying at North Carolina and do you have any plans for after graduation?
Juliana Micchia - I am a double major and minor; I am majoring in political science and peace war & defense with a minor in history. I am attending law school at UNC (accepted my seat several weeks ago) with hopes to pursue a dual degree in Sports Law JD and Sports Administration MA. I want to work in women's and or college sports and give back to a community that has given me so much.