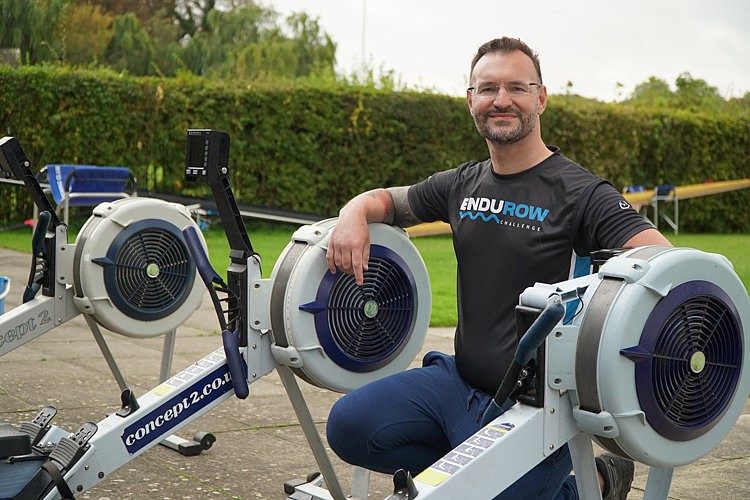 Before the summer of 2016, Steven Dowd says he was just like most people. Normal man. Normal life. Family. Friends. Decent fitness. Corporate job at BNY Mellon's recruitment team in London.

In June 2016, all that changed. His life took an unexpected turn and was instantly changed.

In a bid to test himself, he committed to an endurance charity bike ride around his city, called Ride London, over a 100-mile course. His aim was merely to finish "not last," he says. He anticipated 6.5 hours, a bold, ambitious goal for a non-rider, so he put some training in by cycling the 10-mile commute to work.

At around 06:30 on a bright, sunny morning he was headed to meet a friend with whom he cycled, but Steven never arrived; he had crashed his bike along the River Thames.

Describing the scene, he says, "I hit a barrier I simply didn't see until the last instant. I wasn't travelling quickly. My Strava shows the impact was at just 8mph. I pulled tight on both brake levers and stood up in my pedals bracing for the impact. In the head-on collision my hands and fingers were pinned so I couldn't reach my arms forward, my body flipped straight over with my bike attached to shoes and all 6'3" of me somersaulted onto the tarmac, left cheek first, with a crunch."

He continues, "I was dazed but conscious. It felt like I'd taken one of Tyson's right hooks! At first I didn't realise the gravity of the situation. I reached up to rub my throbbing face... nothing happened. Confused, and with rising fear, I tried again. But again... nothing. I realised in that moment I had no control of my body. I was totally paralysed."

Steven had sustained a spinal cord injury in the middle of his neck by snapping an important structural ligament resulting in dislocated cervical (neck) vertebrae, and a ruptured a vertebral disc which crushed his spinal cord as it shot from front to back.

Steven recalls the moments that followed.

"As I lay there, paralysed and alone, I felt the panic starting to rise. A clenched fist of rising emotion moving from deep inside me to my chest and up to my throat like strangling hands. I cried out for help as best I could... but it was only air.

The injury had damaged the nerves to Steven's diaphragm, so a scream for help was merely a facial expression without the sound.

"In that moment a strange thing happened. I said to myself, 'Panicking isn't going to help you.' Instead I told myself, 'You just need to get through this next second!' ... so I did. 'Now this second!'... so I did. 'And this one!'... I slowed my world right down and literally lived my life second by second by second until help came."

Luckily he was found by two ladies jogging alongside the River Thames. Despite his paralysis and their obvious distress at having found what they initially thought was a dead body, Steven was able to calmly tell one what had happened, his details, and that he thought he had a spinal cord injury so she could call an ambulance. He then told the other his wife Helen's details so she could be contacted, but he stressed not to tell her that it was really serious but that he'd meet her at hospital.

He was taken to a South London hospital where he was put through a battery of investigations and scans to understand the severity of the injury. It didn't look good, and Dowd and his wife had some tough discussions, including considering euthanasia. 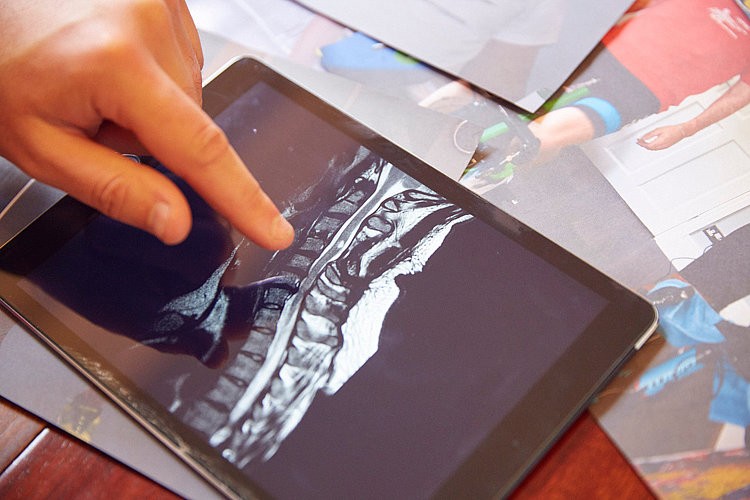 "I was told my injury was severe," he recalls. "That I may never move properly again, let alone walk. I faced potentially driving around in a powerchair for the rest of my life with my mouth. At 37 years old, that wasn't the life I had planned. I didn't want that for me. I didn't want that for Helen or my kids either. We agreed a life of dependency wasn't going to be our future. As a result we decided that, if that had to be the case, elective euthanasia was very much the option we decided we would take if things did not get better. I'd book a one-way ticket to Switzerland and call it a day. A personal choice to a unique situation, but it felt, sadly, right."

But there was some hope. 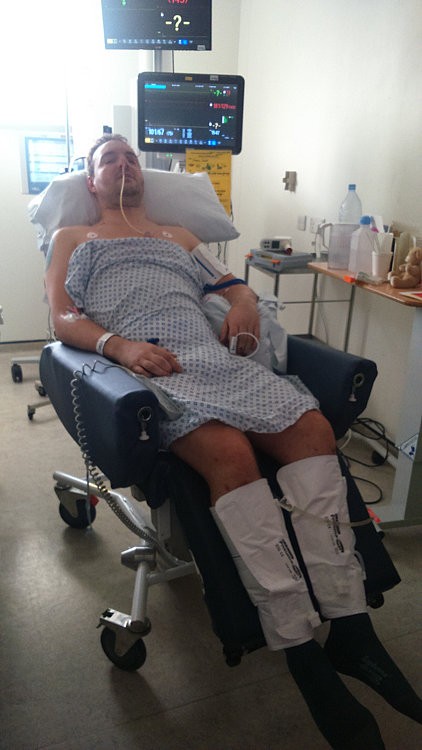 "My Consultant also told me that there was an experimental clinical research trial taking place at that time," he says. "Wings for Life, a spinal cord injury research foundation who fund cutting-edge research around the world seeking a cure for the injured spinal cord, were funding 50 patients on a trial called ISCoPE, and I was eligible. There were no promises it would make me better, but it couldn't make me worse.

"As time was of the essence, I was given just an hour to decide if I wanted to be 'Patient #45.' It didn't take me long to agree. With Helen guiding my motionless hand, I signed the papers that began another journey. A series of challenges."

Steven's first challenge was a promise to his wife that he'd walk again.

"Two days after surgery I was in intensive care, still paralysed but with intense hypersensitive nerve pain that felt like being on fire!," he emphasizes.

"I couldn't be touched but I had to be turned every four hours to prevent dangerous bed sores. It was awful. I needed a way out. A focus.

She worked it out as Dec 22nd.

"Give me 'til Christmas Day and I'll be back to normal, I said, then closed my eyes and went back into my world of pain; but now I had a goal.

"I used that promise to Helen as my daily motivation to get those first tiny movements. Soon after I managed to twitch the thumb on my left hand. It reinforced my efforts to get more. It was a psychological challenge as much as a physical one."

Steven spent four months in hospital, but every day made tiny gains. He learned to sit up in bed, then stand, and, beating all expectations, even took his first unaided steps at just day 90.

"Christmas Day, 2016. My house. I wasn't 100% but I was pretty good compared to the likely outcome. I gingerly, but definitely under my own steam, managed to carry our Christmas turkey to the family table. It was an intense moment capping off an intense period. I'd fulfilled my promise."

But what now? He'd been driven by a bold, ambitious promise but, like any event, it came and went. He needed another ambitious goal. 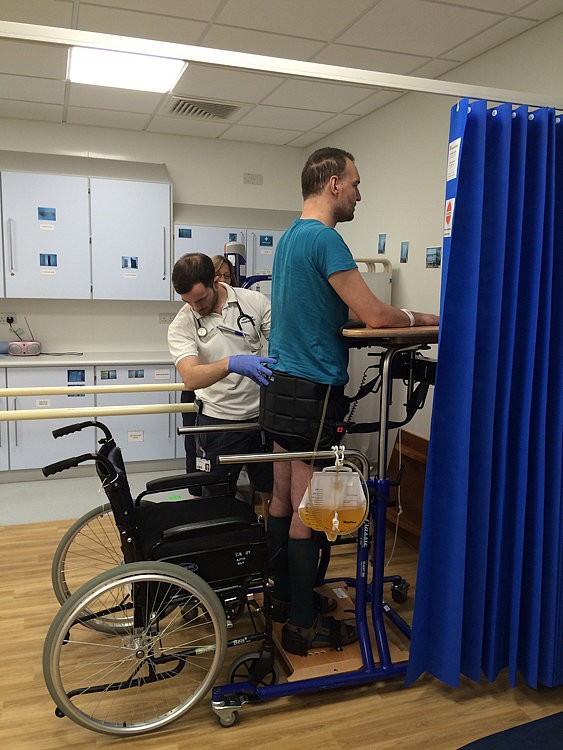 "On Boxing Day I decided I was going to get back on the very same bike I fell from and cycle 100 miles. In a little over 200 days, Ride London was taking place again. That became the focus. I would start training 200 days before the event and complete the distance on a turbo trainer in six hours. As big a goal as saying I'll walk again when I was just a pair of eyes on a pillow!"

The '"Rocky montage" of the next 200 days saw Steven spend 5 hours a day in neurophysio and rehab.

"On event day, I was hosted by Red Bull's London HQ. Thousands taking part in Ride London were literally cycling outside past the building I was in, while I tackled and completed my mileage against a virtual environment in Zwift. It was an eventful ride but despite having to dig really deep at the end I crossed the line in 5h59m40s... an emotional finish." 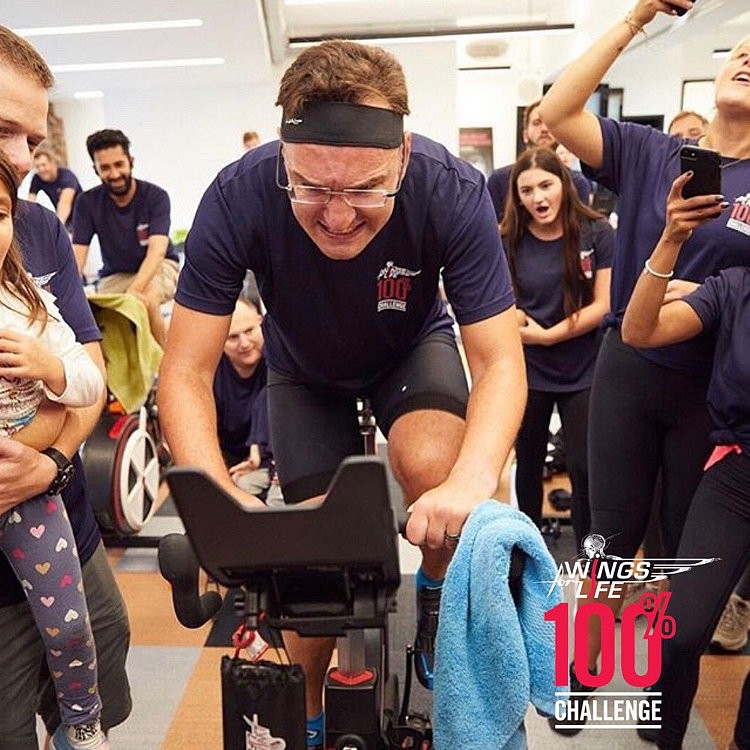 To inspire others Steven went on to create and complete several charity challenges raising funds for Wings for Life.

He even became the first quadriplegic to virtually summit Mount Everest on his stairs at home during Covid Lockdown.

"I just kept going until I'd climbed the equivalent of 8,848m of elevation. For me that was 3,881 'up' flights of stairs. People only achieve their personal Everest one step at a time. I'd learned that much through recovery so focused on the incremental wins until I got there over three-and-a-bit days." 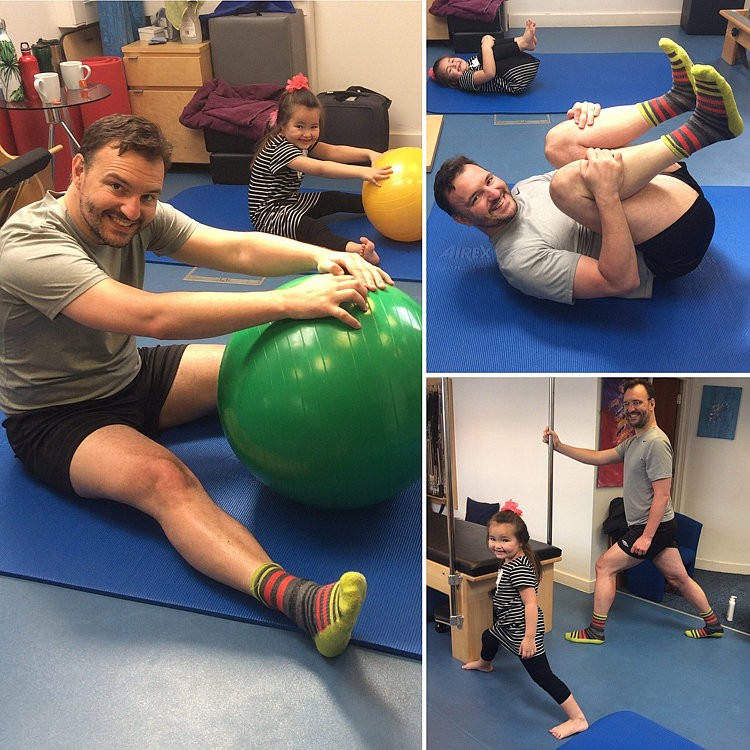 Now Steven's focused on another bold ambitious challenge using the indoor rower, this time a global event, the Endurow Challenge.

"With the anxiety and isolation COVID-19 has caused, which is devastating for everyone's mental and physical health, I wanted to create an event that could bring everyone everywhere together at the same moment in time to do something constructive. Indoor rowing has the potential to do that," Dowd said.

"The target is 10,000 participants globally erging live for 4 hours solo or in crews, and fundraising a collective £1m. This would make it the World's biggest, fully-inclusive indoor rowing charity event.

"The event is unique in that it's about camaraderie, not competition. It's about minutes, not metres. It's about diversity and inclusivity, not winners and losers. Everyone. Everywhere. Pulling together!"

EnduRow Challenge has captured imaginations and gained the support of NGBs such as British Rowing, USRowing and Rowing Australia along with organisations both in and out of traditional rowing circles and many high-profile supporters, including Olympians, former Olympians, solo ocean rowers, rugby stars, and large organizations, "so the will to grow and diversify rowing, whilst fundraising for a great cause, is definitely there," Dowd says.

In his characteristic enthusiastic style, Steven insists, "Whoever you are, whatever your ability, wherever you live, this event is literally designed for you!"

Will he be successful in this challenge? With commitment from our rowing community, Dowd believes so.

Learn more about and sign up for the EnduRow Challenge here.