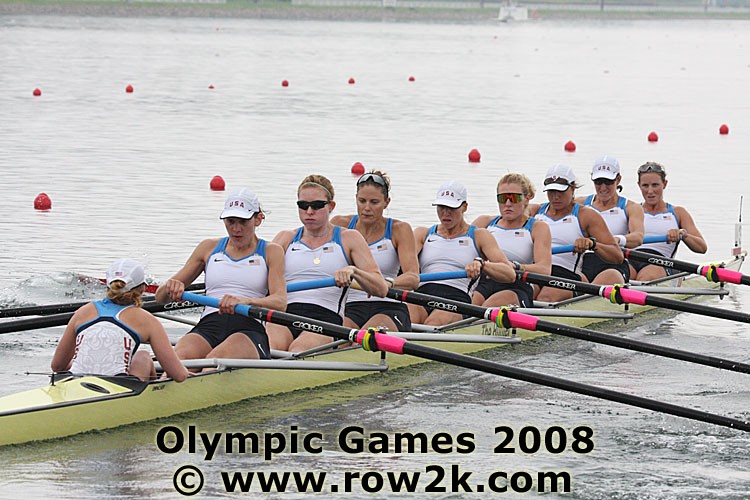 By all accounts, Lindsay Shoop had a great, if brief, rowing career. Shoop picked up rowing during the spring of her Junior year at UVA in 2002, made the national team for the first time in 2005, won Olympic gold with the USA W8+ in Beijing in 2008, and retired from competitive rowing after winning the World Championships for the third time, again with the W8+, in 2009. That's a heck of a lot of very good rowing in six and a half years.

Shoop retraces those steps in her new book "Better Great Than Never." And while the book is not a career retrospective in the strictest sense, the reader gets a sense of how Shoop went from walk-on to world and Olympic champion.

What's perhaps the most surprising aspect of the book is that Shoop's route to rowing is not as straightforward as it might have seemed, given her natural talent. Shoop was a tall kid, and excelled at sports (many, many sports) starting at a young age, finding her niche in basketball and volleyball. Honors and awards came her way almost naturally, culminating in a state MVP award in volleyball during her senior year in high school.

Despite her early success, Shoop wrestled with doubt and her place in each sport, and when it came time to go to college at UVA, just a few miles from her hometown, Shoop found herself drifting away from sports and into a more "normal" college routine of fast food, late nights and occasional class attendance.

As Shoop goes through college, she finds herself deeper and deeper in the doldrums as she searches for what is missing in her life. As it turns out, rowing has always had a "shadow" presence in Shoop's life; Shoop's mom was UVA coach Kevin Sauer's dental hygienist, and Sauer had known about Shoop's athletic potential for a while.

And so, at the moment of her deepest ebb, a chance meeting with Sauer on the UVA campus during her Junior year, and Sauer's no-strings-attached encouragement of Shoop to "come try rowing, it's never too late" turns out to be just the spark that Shoop needs.

Shoop joins the UVA team practices midway through the year, and finds rowing to be what she has been missing. And from her humble beginnings as "three seat in the Second Novice Eight" through her rise through the ranks into the UVA 1V and consecutive appearances in the NCAA championships in 2003 and 2004, Shoop details her journey from couch potato to elite level athlete (and, speaking for all former 2nd Novice three seats, we are proud to welcome an Olympic champion into our midst). 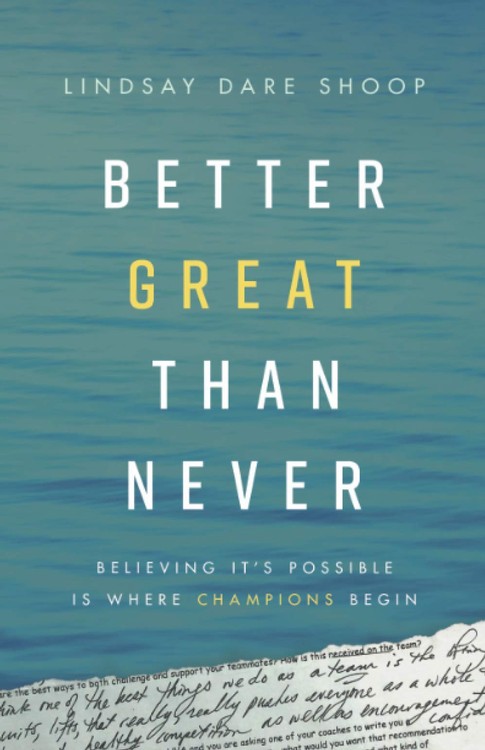 Shoop's improvement from walk-on to National Team camp invite is so rapid as to be almost linear, but in the book, what shines through isn't merely Shoop's achievement in getting to the top level of the sport, but her demonstrated commitment, in word and deed, to doing what it takes to get to that next level.

As Shoop makes clear, getting to the top is anything but easy, and the great strength of the book is Shoop's unflinching honesty about every little detail of her rise; three practices a day, jobs shoehorned in between those practices, vacations shortened or missed, social life nearly absent, you name it, it's all there. Not that Shoop casts herself as a martyr, or laments the sacrifices she is making; on the contrary, by naming the sacrifices as matter-of-factly as she does, Shoop demonstrates the quiet discipline of an exceptional athlete.

"On days like that [...], when you cannot fathom a more awful accumulation of conditions, when no amount of clothing is impermeable to the cold, no amount of confidence impermeable to the corrections your coach makes, you discover just how dedicated you are to your pursuit. That is how training goes. Lots of soul-searching, freezing days. Plenty of ups and downs to keep you accountable and on your toes. As if Mother Nature herself again begs the question: 'Are you certain this is what you want?' No matter how bone-chillingly cold it is, your answer is the same every time: Yes."

The other major focus in Shoop's book is her teammates; Shoop is clearly a social athlete, but her demonstration of how teammates play a vital role in both individual and team achievements is vital to the book. Shoop's growth as an athlete, both at UVA and on the national team, comes with the aid of her teammates, and Shoop spotlights the crucial role that boatmates play in her success - and in a neat full circle, Shoop plays this role herself for eventual 2008 W8+ crewmate Elle Logan. 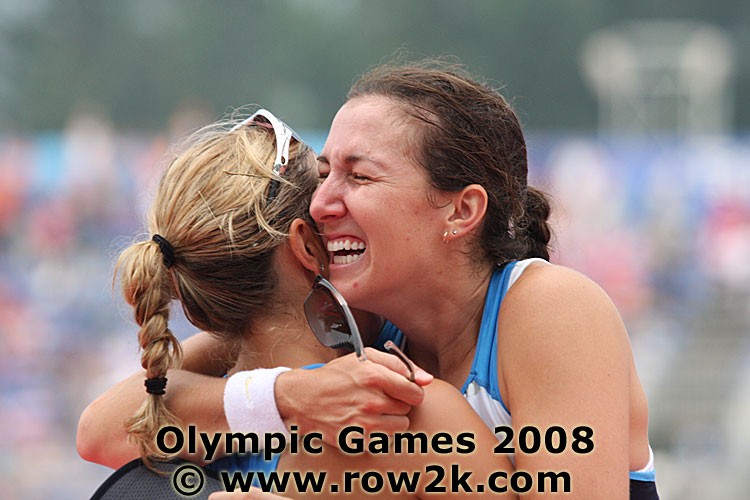 Shoop celebrates on the podium in Beijing

"Therein lies the beauty of the team," Shoop writes. "Every partner sharing with and teaching me along the way. From some, physical. Others, technical. And still others, emotional. Separately, we were each the best at our thing, a specialist in our own rights. But together, our collective commitment and talents enabled us to far exceed what we could have ever been alone."

Shoop's coaches along the way also play an enormous role in her accomplishments, whether it's Kevin Sauer at UVA or Tom Terhaar and Laurel Korholz with the US national team. Shoop takes all of their encouragements, teachings and corrections, as well as their criticisms, and weaves them into her experience. (As an aside, it's a curious stylistic quirk of the book that Sauer is named as "Kevin Sauer" throughout the book, while Terhaar and Korholz are "Tom" and "Laurel" throughout; similarly, Shoop's national teammates are known by their first names only; as a storytelling device it works fine, but if you are a "rowing person" who may know some, if not all of the people involved, the initial effect on the reader takes some getting used to).

The book culminates with the yearlong process of training, selection and racing leading up to the 2008 Olympics in Beijing, and it's thrilling (and occasionally heartbreaking) to follow along, especially during the more tense moments of selection. However, this is more than made up for by the absolutely joyous and triumphant retelling of her crew, the USA women's eight, coming together in the months and weeks before the Olympics, and culminating in the long sought-after gold medal in the event (which turned out to be the first Olympic Gold for the US women's rowing team over 2000 meters).

The book features photos from throughout Shoop's career, and her national team career is amply illustrated (via photos donated by row2k.com).

Throughout this retelling, even while she is recounting her struggles and occasional moments of doubt, Shoop is both honest and relentlessly positive; a terrific touch in the book is Shoop's inclusion of her journal entries from along the way, both before and during her rowing career. The "before" entries reveal a person who seems simply to be searching for something to pour herself into. As a family friend points out to Shoop after the Olympics, "this medal is a validation of the person you have always been. You have been in there this whole time. You just needed the right outlet."

With this book, Lindsay Shoop has delivered not only a very readable account of the successful career of an elite athlete, but one that would be worth picking up on account of the story alone. Additionally Shoop has, either by accident or design, also illustrated several traits of successful people in any pursuit that are worth emulating. Shoop's core message is belief, "a daily reminder of what is possible through changing the way we think through removing our self-imposed limitations, then taking action in the direction of our dreams. For it is never too late to discover the person you are proud to become every day. Or, at least start believing he or she is in there. [...] After all, to be better great than never is to believe in the possibility within, then to take it one step at a time from there."

As Shoop demonstrates, patience, ability to learn, and, as mentioned, her never-flagging positivity are all touchstones from which both athletes and coaches at any level can glean some applicable wisdom.