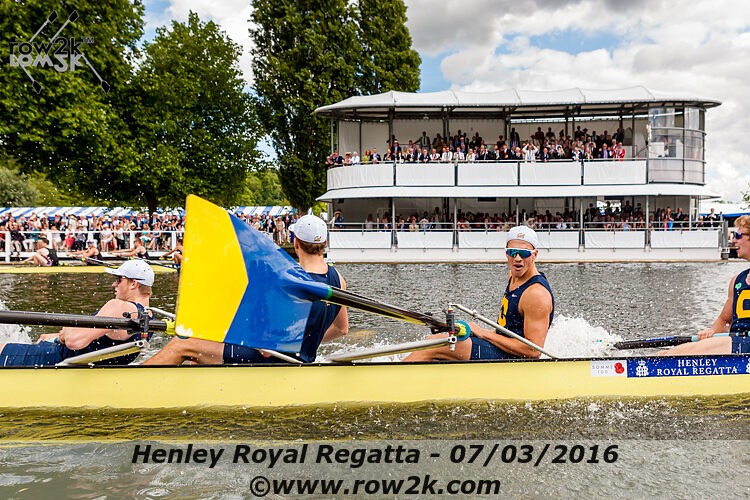 While we’ve covered this specific image from 2016 fairly extensively already, we haven’t really brought up how this image was made as it took a fair amount of planning, effort, and luck. Photographing Henley Royal Regatta is a unique and amazing experience, however credentialed photographers are somewhat limited on shooting locations, especially during the finals on Sunday.

There are basically three spots to get winner celebration shots on Sunday, none of which are ideal. There is the press box on the regatta side, but it is above and behind the finish line so you can’t see any faces until about 75 meters passed the finish line, example here. Then there is the umpire’s chase boat. Getting a Sunday final ticket for that is very rare, I think I’ve only gotten two in ten years. The umpire launch is good for racing photos but is can be too far away at the finish to get good celebration shots, depending on how close the race is. Finally, there is the photographer’s box next to the progress board in the middle of the river. This is best option, but it’s fairly far from the finish line, around 70 meters, and on Sunday is packed with at least 30 photographers which complicates things. 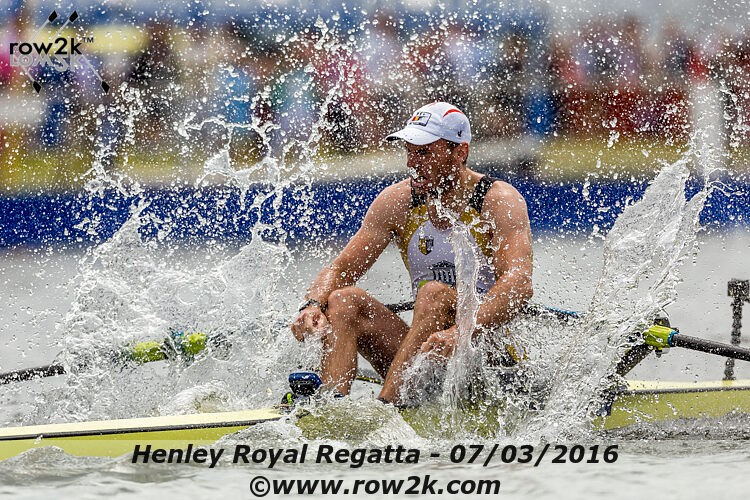 Anyone who’s been to Henley, knows one of the best places to watch the racing from is from a boat moored to the booms. So, since about 2010, I had eyed renting a boat on Sunday and spending the entire day moored to the boom right by the finish line, at least 50 meters closer than the progress board.

This presented some logistical challenges, including the need to plan for around eight hours with no bathroom access, and was more or less impossible unless we had two people there to cover both the last few races and the prize giving ceremony. Typically, it was just me, but in 2016 Ed Hewitt was there as well, so it was time to get planning.

Ed and his son Connor rented a boat from Hobbs of Henley upstream from the regatta as soon as they opened. They paddled down to the boat enclosure and picked me up with all our gear. Then we paddled down the river and tied off as close to the finish line as possible. Getting there early ensured we got the spot we wanted. Now we just needed to wait 90 minutes for the racing to start.

We both shot the morning session of finals from the boat, then had arranged for the photographer’s ferry to pick Ed and Connor up during the lunch interval. Then I stayed out for the afternoon finals while Ed started writing and then photographed the prize giving. 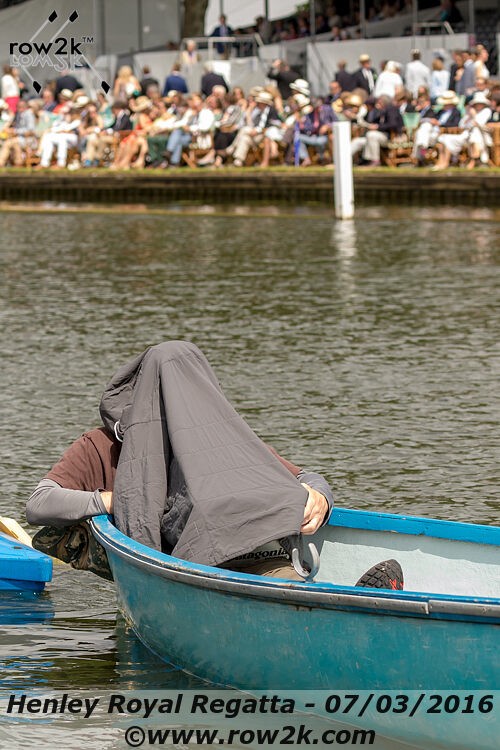 Hanging out during lunch interval

Towards the end of the racing was when Cal raced Thames in the Visitors’ Cup Final. Cal was ahead for the entire race, but as they approached the finish, they were being steered away from the middle of the course and it quickly became apparent that they would hit the booms near where I was moored. I wasn’t sure what to do, but knew I was moored to one of the vertical pilings, so I quickly shimmied over so I was behind the piling, picked up the camera with the wide angle, and started shooting while hoping the piling would protect me from any oars.

Fortunately for me, it did. Unfortunately for Cal though, the collision with piling ended their chance to win the final and it was heartbreaking watching them slowly drift back down the course while Thames celebrated a few meters away. Video link here, I'm in the blue boat, then gallery sequence starts here.

When racing concluded, it was time to paddle back to Hobbs. I didn’t plan this part very well and underestimated how long it would take me to get back. The steady stream of boat traffic was almost impossible to cross so I drifted almost 500 meters in the wrong direction before I could get in the upstream traffic lane and slowly make it back to return the boat, and finally go to the bathroom.

Behind the Photo: Sarasota Sunrise

Behind the Photo: GoPro Cox Tosses

Behind the Photo: Boston Moonrise