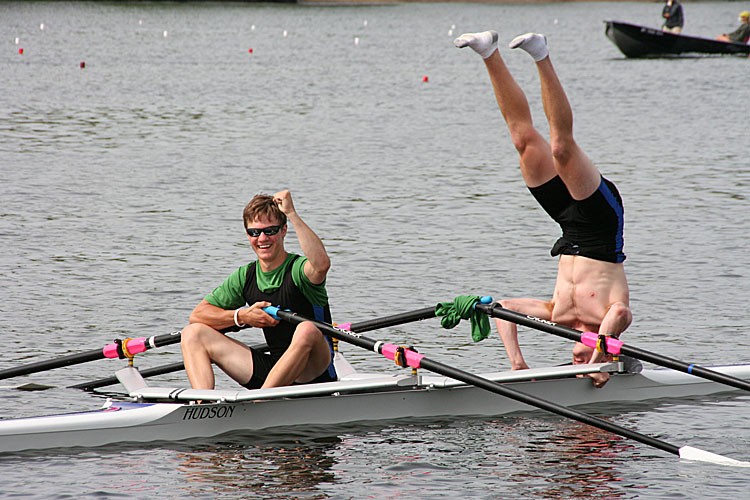 Back in April we shared several Supposedly Good Drills That Are Actually Torture, but now that we're still in semi-lockdown, we thought it time to lower our standards to feature several Useless Boat Tricks (That Are Fun To Do Anyway). If you have any boat tricks that we missed, and especially if there is videographic or photographic proof, send them and we'll add in here.

Without further ado, here are eight (or so) Useless Boat Tricks (That Are Fun To Do Anyway).

What to do when all the sessions are done? Flaps. Took a long time to get right! #sorryforsayinglush #rowing #remo #rudern #cannotaggio #aviz #flap #clap #trap #needanap

The Austrian sculling squad seems to do a lot of these, including this one, which is next-level:

Throw the sculling oar
Tossing the oar in front of you to scratch your nose, or wet your hand, or whatever needs be done is not really a drill, but is more of a useful skill for scullers doing long pieces, but it seems worth a mention. 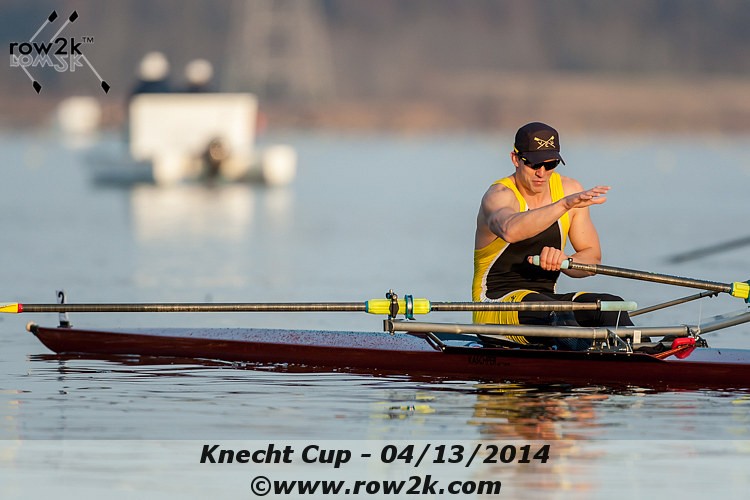 Stand up and swap seats
This is when you stand up in the boat and swap seats with another rower, usually in a boat with only two oars - most rowers are pretty good at swapping seats and even swapping boats in four-or-more shells after a season of seat-racing or lineup testing.

It tends to rush to the realm of the ridiculous pretty quickly.

Coxswain surfing
From kids in Zoom school to Bucknell rowers at the starting line, everyone in the world except coxswains gets to stretch, move around, stand up and shake it out - so when there is a chance for them to engage in some very athletic acrobatics, we're in.

Coxswain pushups on the stern deck
When a coxswain needs to stretch out full length and get some blood flowing, there are always stern-deck pushups:

Backlog at the start. Rowers getting antsy. Must displace the tension and entertain the troops. Gotta intimidate the other coxswains. It worked, we won! #coxswain #rowing #aviron #rudern #beashark #areyounotentertained #nk_rowing #usrowingmastersnationals

Headstands in Small Boats
As many more rowers become competent in singles in this year of the 1x, making your boat-handling skills stand out gets harder all the time; enter the 1x Headstand:

Or maybe it's the 2- Headstand

Or, if you are on the way to the medal stand, we accept for consideration a 2x Headstand

So good that there are even imitators:

Ok @cornellwomensrowing , we’ve been working on our tap-cap-slap-clap drill, and we aren’t at your level yet but we’ve gotten a LOT better. Let’s just say it’s a good thing there’s no video of the first couple of tries ?? . . . . As you can see, #Tracy and I are really suffering out here at @cveatc in Chula Vista. ?? Don’t believe a word she says when she tells you I never let her do anything fun. Training is going well and we haven’t gotten in to a single fight yet despite spending 14+ hours together every day! Just a few more weeks OOO before the US women arrive mid-February. ???? . . . . @usrowing @worldrowingofficial @washingtonrowing @nyacrowing

And then there's juggling in a single while standing up...

Perennial winner of the Craftsbury Outdoor Center Talent Show, Kevin MacDermott demonstrates the proper employment of our comfort in the boat lessons. Maybe one day he’ll be able to do the full Mills’ Mess, but for now we’ll have to make do with just half. #comfortintheboat #juggling #talent

A post shared by Craftsbury Outdoor Center (@craftsburyoutdoorcenter) on Jun 28, 2019 at 4:10am PDT

Again, if you have any boat tricks that we missed, and especially if there is videographic or photographic proof, send them and we'll add in here. 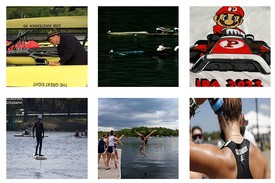