row2k Features
row2k features > Rowing 101
Nine Things to Know How to Do Before You Race Your Single
October 5, 2020
Ed Hewitt, row2k.com 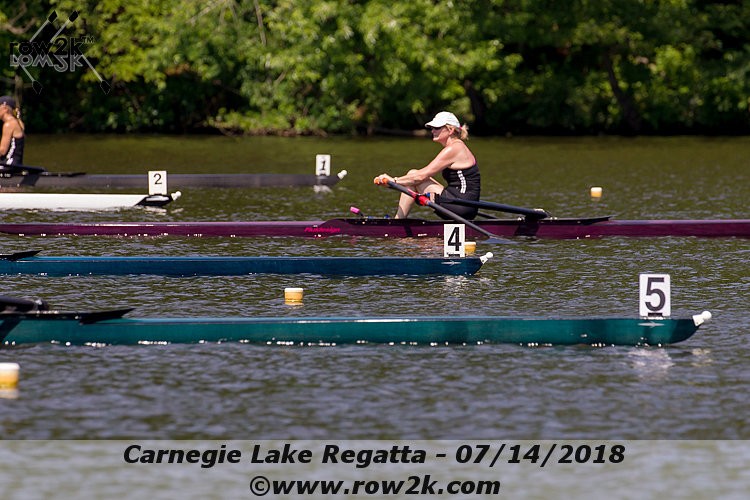 As rowers forced into small boats look to race the single for the first time, even just in a friendly pickup, there are a few things to practice before you end up at a start line.

As we have mentioned previously, we spend a lot of time at starting lines, and see a lot of the same mistakes over and over - many of them caused simply because crews have not learned (or been taught) how to get ready for a racing start under racing conditions. They might have done starts in practice from a floating start, but have never actually been tasked with getting themselves on a formal starting line.

Certainly we see this in late fall and early spring novice crews, but we also see it all year long at club and masters regattas, where folks who are new to rowing or maybe just to the single figured they were ready to race - but did not realize that they were not ready to get ready to race.

To help start line officials who could be faced with hordes of relatively new single scullers, here are eights things to know how to do before your race your single. Many of these sound a lot easier than they are, especially the first few times you try to do them, and even more so under time pressure at the start. They

1. Stop the boat fully.
Next time you are in the single, try to stop your boat very quickly, going from paddle to a dead stop, watching the shoreline or other marker to make sure you have stopped completely. I think you will find that you *think* you have stopped long before you actually stop.

This is fine when you are docking or while training, but can cause a ton of trouble if you have to pull up to a clearly defined starting line, or just stop to avoid other boats in a crowded head race chute. Most novice scullers float right past important stopping points, leading to a cascade of problems; which brings us to:

2. Backing up.
Many novice scullers have not really learned how to back up a single efficiently. Sure, they have backed up to get on the dock or to get out of the way, but you can bump and bang your way into the dock, but that is not a great option when backing into a starting block, trying to get right on a start line, or stay in your lane while backing.

I have seen novice scullers who were asked to back up their single absolutely freeze, and often enough nearly (or fully) flip. 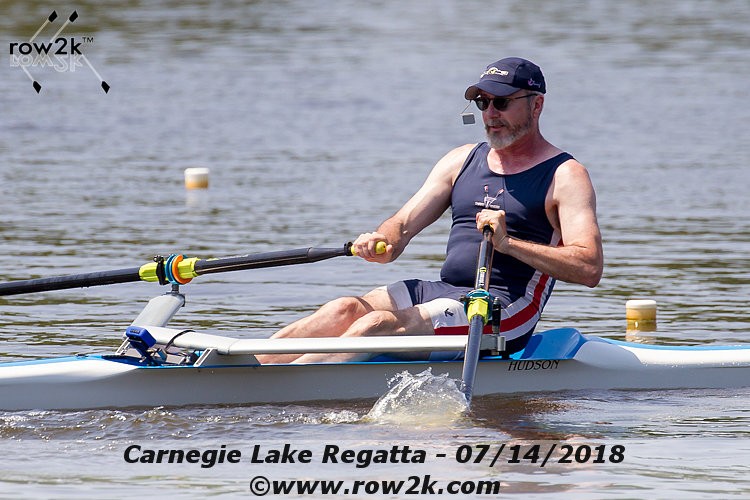 We often see novice scullers moving way forward, then way back, then out of their lane, then back, etc., with so much movement in the several lanes that it gets to the point where a fair start becomes almost impossible. Add in some wind and the starting official crew's jobs become nearly impossible. This often means reckoning with a bit of wind or current, being able to adjust your boat in very small amounts, and knowing where the starting line is at all times so the adjustments you do make help, and don't hurt, your cause. 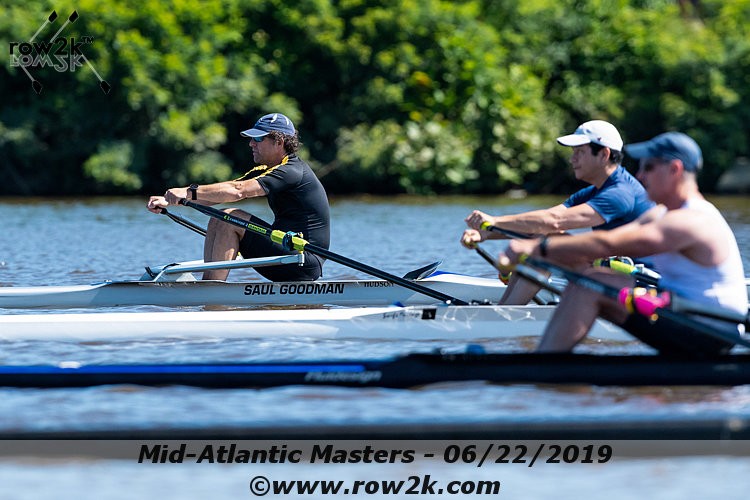 4. Get your point.
Getting your point usually involves all of the above, but with the added demand of making subtle enough changes that, once the race starts, you get away clean, don't row directly into an adjacent lane, and find yourself actually in your lane once the buoy lines (if the course is buoyed) are on either side.

If you are on a stakeboat, this means making lots of small adjustments instead of single large adjustments, which can yank your stern out of the hands of the stakeboat person. 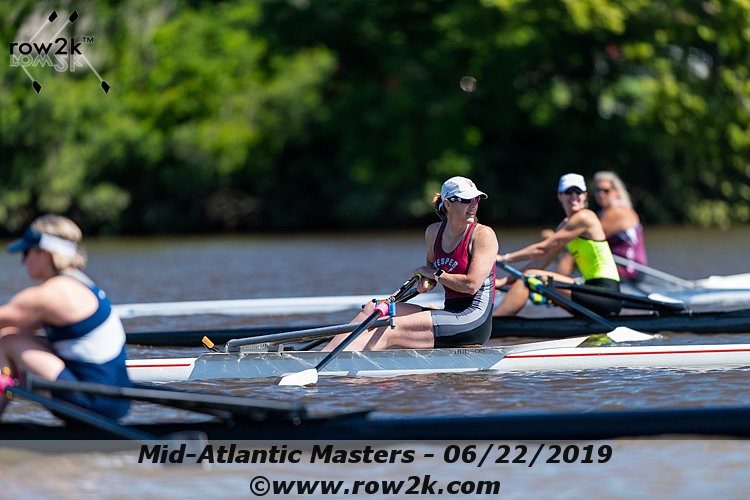 5. Start from a true full stop.
The first time you stop your boat fully, square your blades, and try to stay steady waiting for a flag to go down can be a jarring experience. Those long pauses while you sit partway up the slide with blades buried

Lots of novice scullers who have done 'racing starts' during practice have done so with a fairly short pause; it's a very different challenge when you are sitting at the catch for eight, ten, twenty seconds. 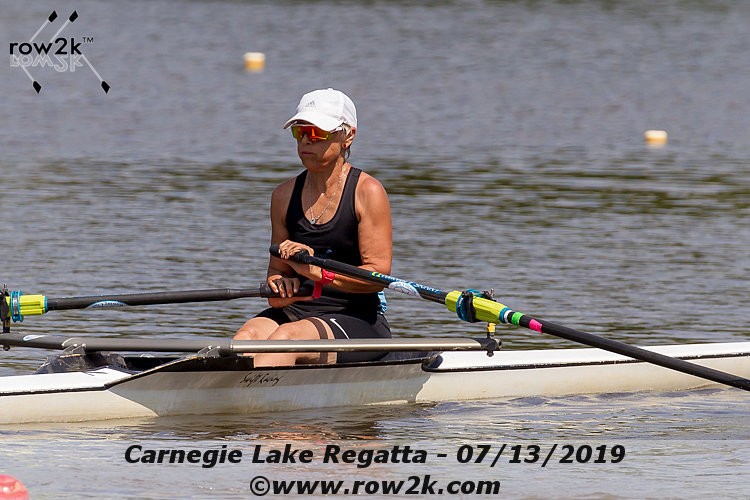 6. Use a mirror if you plan to race with one.
The adage that you shouldn't try anything on race day that you haven't done extensively in practice applies here; I spoke recently to a sculler who knows their own patch of water well enough that they don't need a mirror, but who thought it might be a good idea to wear one on race day.

They were used to turning to get their point, however, so every time they wanted to check their course, they turned their head and looked into the mirror. This gave them a view of the shoreline alongside their scull, but not down the course. The sculler actually stopped midrace and ripped the mirror off, whew.

That said, a lot of scullers swear by mirrors, but you have to practice with them to get the benefit.

7. Reset your Speedcoach quickly and under pressure.
While sculling alone, stopping to reset your Speedcoach before a piece is easy enough. Doing the same while doing all of the above, with an aligner shouting instructions and a starter polling lanes, is a different challenge. I have seen more than a few even somewhat competent scullers mess up their start by fussing with electronics; include this in your pre-race routine.

8. Be able to check your oarlocks while on the water.
The first time you hold both oars with one hand and reach out over the gunwales to tighten an oarlock can feel pretty precarious; make sure you know how to do this before you have to do it at the starting line. 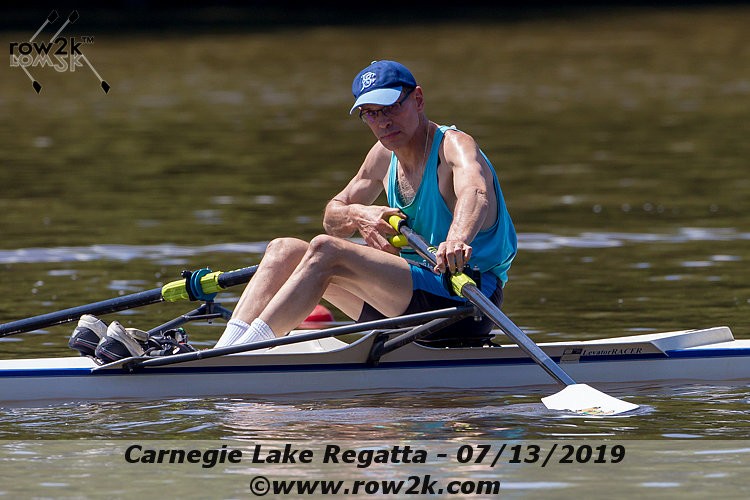 Which brings us to:

9. Get back in your boat if you flip.
This is its own challenge, so we won't try to teach this here, but if you go in the drink, it helps to know how to get yourself back in the boat and get out of the way so you don’t monopolize lanes, launches, officials, and rescue teams on regatta day. 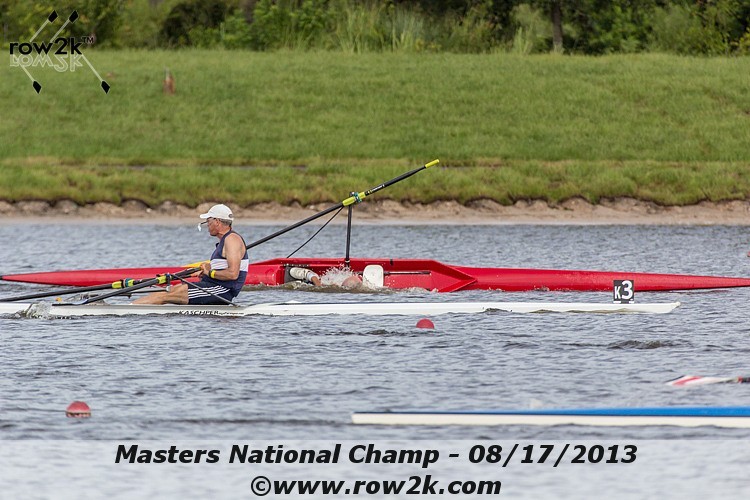 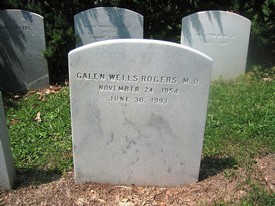 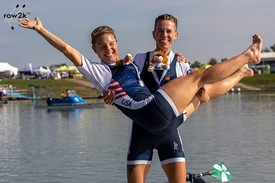 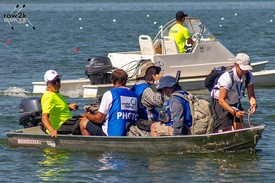 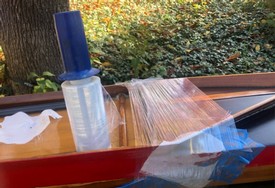 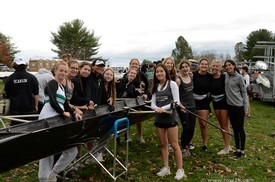 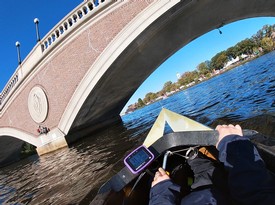 Life is a Metaphor for Rowing, Ch. 33: My Best Early Work as a Young Coach
Rowing Headlines