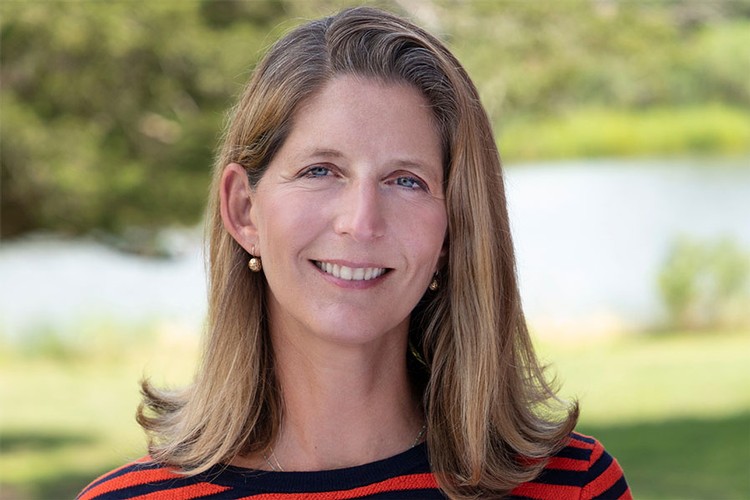 Amanda Kraus, founder and CEO of Row New York, has been named the new CEO of USRowing. Kraus founded Row New York in 2002, starting out doing, well, pretty much everything, and over the next two decades helped build the organization into one of the flagship programs for outreach in the sport. With experience from handing out flyers in the early days through to leading a $40 million project to create a new park space and boathouse and learning center in upper Manhattan at present (about which row2k spoke with Kraus a couple weeks back in A Boathouse Grows in Manhattan: New Boathouse to Support Row New York Mission), Kraus has garnered extensive experience at all levels of running a rowing organization.

row2k spoke with Amanda Kraus on the eve of her appointment; the following interview has been edited slightly for brevity and clarity.

row2k: We spoke a couple weeks ago about Row New York, so maybe we could pick up there; what have you set up for succession and for the capital campaign there?

Amanda Kraus: My main feeling is that, not only am I not worried, but I think Row New York is going to do more than well. It's going to come back from the pandemic along with the rest of New York City, and we have the right people in place. Rachel Cytron is our executive director, and she has a really good team working with her. And the board is really, really strong.

I will continue to help and support the organization through the capital campaign for the community boathouse, because I've put a lot of years in and have a lot of ties to the important stakeholders there. It wouldn't make sense to just walk away right now from that piece, and I am glad I will be able to continue to help.

row2k: How about on a personal basis? You founded Row New York yourself.

Kraus: It's bittersweet. I imagine it is how parents feel when they send their kids off to college - 'I taught you everything I know, and I put every everything I have into to you, and you're going to do great.'

It's been 18 years, and there are so many personal connections there, so many memories. It's really shaped my life and my family's life, so it's not going to be easy saying goodbye.

row2k: You certainly could have continued there, and it is going really well. What appealed to you about this new position?

Kraus: People have asked that question a lot, and I think that I've done everything at Row New York, besides finishing the new boathouse, that I know how to do. Joining USRowing will be a new chapter and a new challenge, and I'm wired for liking that. I like challenges, I like puzzles, I like difficult situations to keep me interested, so I am excited for that.

row2k: It is a tricky time for the sport and for USRowing, even without an international pandemic. I know it is early days, but do you have any impressions of changes to make that might be low-hanging fruit, or others that might be very challenging?

Kraus: I don't want to make any assumptions before I get there, because it is important to be there and understand what's going well, and what could be done better or differently. I don't know yet, for example, what is difficult and why. You don't want to look at something from the outside and say, 'Hey, this needs to be changed and that'll be easy.'

But one thing I do have a lot of years of experience with is running a rowing organization, so maybe in terms of low-hanging fruit, it might be looking at the foundation of the organization in terms of systems and structure and functionality, and doing an overall audit for lack of a better word, to start to understand all of the pieces.

It's really understanding the state of the organization. Do we have our home in good shape, is our infrastructure strong? Because if not, there's only so much you can do. One thing I learned that at Row New York is that if you grow too fast or you try to do too many things, but you don't have your ducks in a row at home in terms of things like your financial software, or your systems for acknowledgements, and other operations and systems issues, it's a lot harder to do all the things you want to do.

I think slightly more interesting is to look at what we are doing in terms of outreach and programs, how are we of value to the membership, and what we are doing in terms of marketing and branding and all of those pieces. Then most obviously, given my history at Row New York, I'm excited to really jump in and work to diversify the sport and make it more inclusive, to help clubs and colleges and programs around the country do that, because I think there's a real desire and there are ways that USRowing can be helpful there.

row2k: Right; the situation is extremely challenging, but there probably has never been a better time.

Kraus: Exactly. I mean, I would have felt this way a year ago, but I think the rest of the country feels that way too now, which is great.

But from there, I'm a big believer in not thinking that I have all the answers, so I'm going to ask a lot of questions, and talk to all different groups of stakeholders - masters or the heads of clubs, college coaches, junior coaches, obviously national team members - and try to understand what's working well in their minds.

Then try to look for some themes that are coming back from people and from organizations, and figure out how USRowing can provide value - this is what I heard, and this is what I think we can do.

I feel strongly this is a marathon, not a sprint; we're not going to do everything overnight, but I think over months and years, we can see some pretty dramatic change.

row2k: You have a fair amount of experience with fundraising; it's a big part of the success at Row New York. Have you given any thought on how to approach fundraising with USRowing?

Kraus: I've given it extensive thought, because you can have all the best plans in the world, but if you don't have any money or resources to put behind the plans, at the end of the day you aren't going to be able to accomplish much.

I think one of the pain points at USRowing has been people trying to do a lot with very little in terms of resources - and let's be specific, in terms of money. So even in the midst of a pandemic, my priority as soon as I start is going to be, how do we bring more resources into this organization?

And for sure, fundraising is going to be a big part of that. I do have that experience from Row New York, and I'm excited I to implement that at USRowing. I think there's huge opportunity for raising money for the national team, raising money for coaching education, and really tapping into people who want to make the sport more diverse and more inclusive.

Starting from the top of USRowing, getting those individuals on board to be the champions behind those efforts, we need to create a team within USRowing and start to make the case for, well, why should people put their money behind these efforts?

I'm not going to get in there and do anything radical right away. I have to learn, to get up to speed, and to understand who the team is and who else we need on that team; people who want to support these efforts. And we need to get some dollars in the door quickly from people or foundations who want to support this work.

So it's on us. It will be on us to paint the picture of how these are all the things we can do if we have the resources and money to do it. I have some fun ideas to try to get there, and I am excited to build a team to do that work.