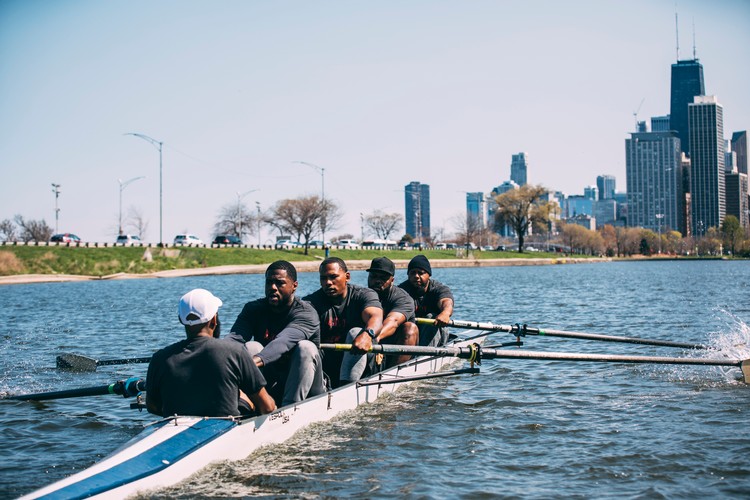 Note: A Most Beautiful Thing will now debut online on XFinity on July 31, followed by launch on Peacock on Sept 1 and Amazon Prime this fall.

Just over a year ago, on Saturday, July 6th 2019, Preston Grandberry, Malcom Hawkins, Arshay Cooper, and Alvin Ross took to the water at the Chicago Sprints to row in race together for the first time in 20 years, and to complete (or continue) their journey together as a team.

This scene at the Chicago Sprints is both the opening and closing act of Mary Mazzio's masterful new film, the much anticipated (and much-delayed) documentary "A Most Beautiful Thing," which opens online on July 31st. Based on Cooper's recent memoir, also titled "A Most Beautiful Thing,", the film represents a continuation and an expansion of the events and lives chronicled in Cooper's book about the formation of the first-ever all Black high school rowing team at Chicago's Manley High School.

The film begins 20 years after the events described in the memoir; the impetus for the reunion is the sad event of Mike O'Gorman's funeral. O'Gorman, a coach and former US national team coxswain who played a very weighty part in the formation of Manley crew, passed away in the summer of 2018 and it was at the funeral that Cooper and many of his former teammates reunited and hatched the plan to row together again.

If you've read the book, you'll know that Cooper and his teammates faced often towering obstacles in becoming a rowing team, many of which are described again in the film: poverty, abuse, violence, racism, and any number of challenges that would have made life itself extremely difficult, even without rowing in the mix. 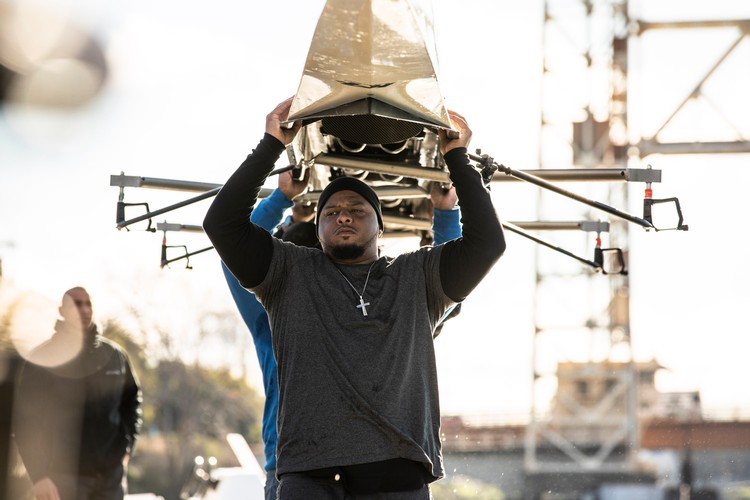 The intervening years between the time period described in the book, ending in 1999, and where we meet Cooper and the other Manley rower again, have been as difficult, if not more so. Both Alvin Ross and Preston Grandberry have spent time in jail, and indeed, Grandberry reveals that he is not entirely clear of the law even during the filming of the movie. (Grandberry's fatalistic joke about his situation is par for the course for the film, which takes an unflinching look at the reality of its subjects lives. The fatalism aside, what strikes the viewer of the film is that these are all really funny, likeable guys, making the hardships they've endured all the more heartbreaking.)

Through the film, we not only revisit Cooper's story, but we also see much further into the lives that Cooper describes in his book. Indeed, it's this multiplicity of faces and voices that gives the film its tremendous strength. While the book was necessarily told from Cooper's vantage point, Mazzio's keen eyes (and ears) give faces and voices to many of the people that we meet in the memoir, and their stories are allowed to stand alongside the central narrative of the rowing story, and the differences are often stark; as the rowers and their families say, towards the end of the film, the decision to row in the 2019 Chicago Sprints is as much a celebration of simply having "stayed alive" as it is of any kind of athletic accomplishment.

As much as the film is about Black men, and their efforts to move beyond the challenges of their surroundings, Mazzio gives ample voice to the women that have witnessed the journey: mothers and sisters of all five men offer vivid testimony of their lives, in what are some of the most affecting moments of the film.

The film sets the stage well, going back to the origins of the Manley rowing team, and its founders, most centrally Ken Alpart, the former Penn rower and Chicago trading executive who, along with O'Gorman, set in motion the idea of starting an inner-city rowing team. It's poignant to hear Alpart, years later, describe the effort as a "failure"; on the evidence of the film, you'd have to argue that the opposite is true.

As the film bears witness to the history of Manley crew, it also follows the efforts of Cooper, Grandberry, Hawkins, Ross and their coxswain, Pookie G. Hawkins, to move forward and prepare for their reunion race. Besides chronicling their efforts to get fit again, that journey takes us through the developments in their lives and their attempts to quantify what the Manley Crew experience meant to them, and its impacts on their present lives. The crew takes time to teach their kids how to row in the tanks, and take a visit to Oakland, CA to receive some coaching and words of inspiration from Mike Teti. 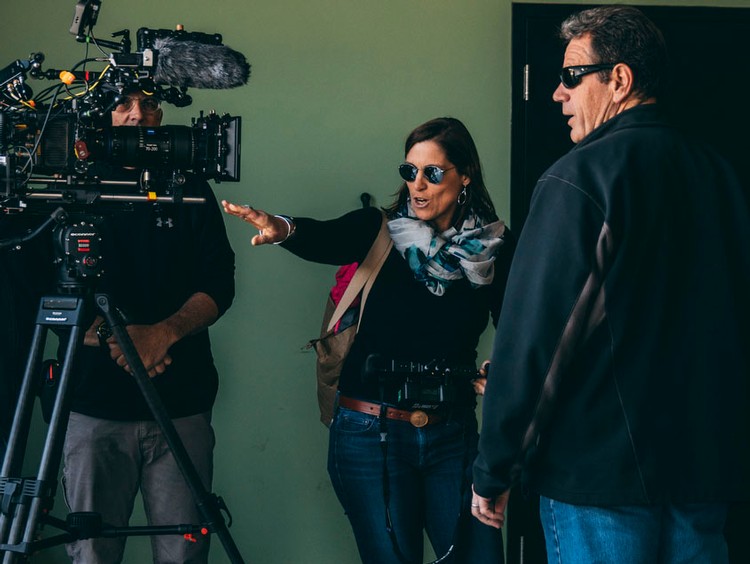 And, especially timely in light of the present conversation surrounding the relationship between policing and communities of color, Cooper seizes on an idea to have his Manley crewmates teach members of the Chicago PD to row. It's an earnest effort, yet it's genuinely inspiring to see a heartfelt desire on both sides to reach out, perhaps understand each other a little better, and to work together.

The film concludes where it began, with Cooper and his teammates racing at the Chicago Sprints. And, while we won't reveal the outcome of the race here, the ending of the film, with Cooper, his teammates and family members shown against a plain backdrop, individually reciting portions of Maya Angelou's poem "Still I Rise," is a powerful statement.

"A Most Beautiful Thing" is not strictly a rowing documentary, and yet it is; by digging deep, and revealing how rowing can be not only a mechanism for achievement and self-discovery, but also a means by which people of the most disparate backgrounds and viewpoints can come together and "rise," Mazzio has created a most beautiful portrait of what our sport, at its finest, can mean. 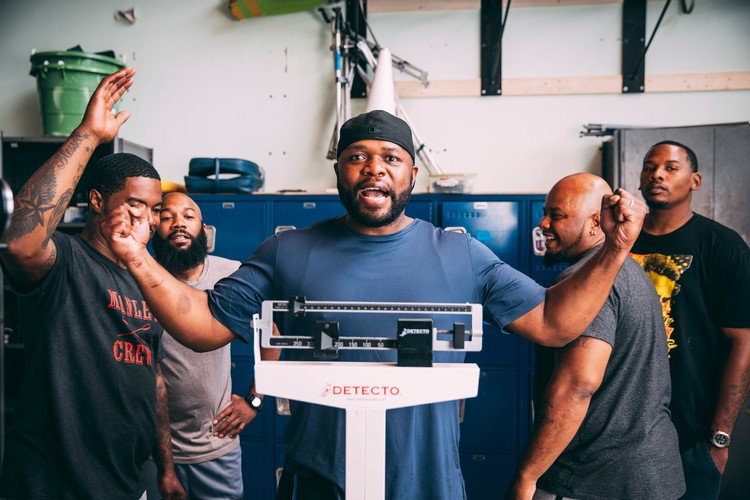