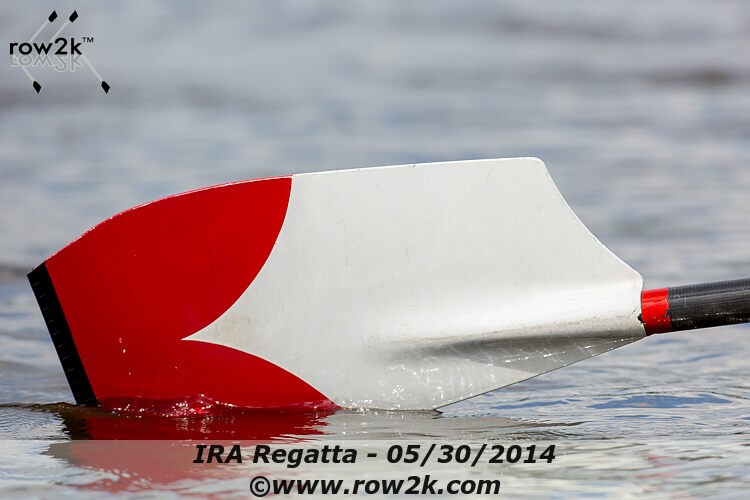 This week we focus on the topic of Novice Rowing with the following question:

HOW HAS THE LOSS OF THE FRESHMEN/NOVICE EVENT IMPACTED YOUR PROGRAM, AND DO YOU THINK IT'S BEEN AN OVERALL GOOD OR BAD THING FOR THE SPORT?

TODD KENNETT – CORNELL HEAVYWEIGHT MEN
To this day I think it is a mistake. Yes, the leagues have gotten faster in terms of the times of the varsity and JV boats, but we changed our demographic of who is filling the boats. We are now recruiting from the world, not the country. All we did was bring in better athletes whose country’s take rowing far more serious, so those athletes are better coached, for longer time, making them more skilled at the same age as US athletes. We (USA COLLEGES) are not growing the sport in the US. We are simply taking more rowers from around the world and having them come here so we end up faster.

The number of US high school kids racing in the Grand Final of the NCAA and IRA in their senior year of college is only getting smaller. Novice/Freshman rowing allowed many US kids to experience the sport and have a moment to gain a love of the sport before they were expected to perform and train at a high level. That high level is hard, painful, and requires so much that very few are willing to work long enough and hard enough to achieve. The amount of work needed to get a novice rower to become a varsity rower is huge. You can easily recruit that speed if your school allows foreign financial aid. The other downfall of the event was that assistant coaches had a chance to really shine. A freshman team starts new every year, and even at a mediocre school (one who’s resources may not be a good as other schools) a great freshman coach could still come up with some speed (maybe not win, but have a good crew and teach their rowers to love the sport and have fun).

JENN LANGZETTEL – DUQUESNE WOMEN
I don’t think freshmen should be held back if they can have an impact in a varsity event. They get the opportunity to be freshmen in the fall and make the adjustment to collegiate racing together. Once the spring hits, if they can have an impact in the top boats that is where they will be. Generally, a freshman/novice boat should be about the speed of a 3rd or 4th eight so I don’t feel it has really been a bad thing.

JOHN FX FLYNN – NAVY HEAVYWEIGHT MEN
I was very opposed to the change, but it happened and now, of course, we are very focused on doing the best we can under the new rules. As much as I would have left the rule in place, so we could develop more class identity and see bigger numbers overall in the sport, I am seeing ways that having the first year novices row with the upperclassmen can actually benefit those athletes in the long run and help our program. In the old system, you might have had a really promising but rough athlete get stuck in the 2nd freshman boat and languish a bit, whereas now that same rower can be in a pretty stable and fast 3rd or 4th varsity boat—that is clearly a better learning experience for that athlete.

Numbers-wise, I think this change hurt the sport and especially novice rowing. Teams just do not field as many boats anymore, and that means fewer seats that can be used to welcome new people into the sport at the college level. Colleges are full of folks who never had a chance to be exposed to rowing. That was my experience: there was no high school rowing where I grew up, but when I got to college, there was this really accessible entry point to the sport, freshman crew, even though the team was really good. Those folks are still out there, still coming onto campuses, but that door is almost completely closed at a lot of places. That, I think, is what led Harry Parker to fight for Freshman rowing: right until the final votes on it, he kept talking about how frosh rowing was about welcoming people into the sport, and he knew this change would put an end to that, and it has. 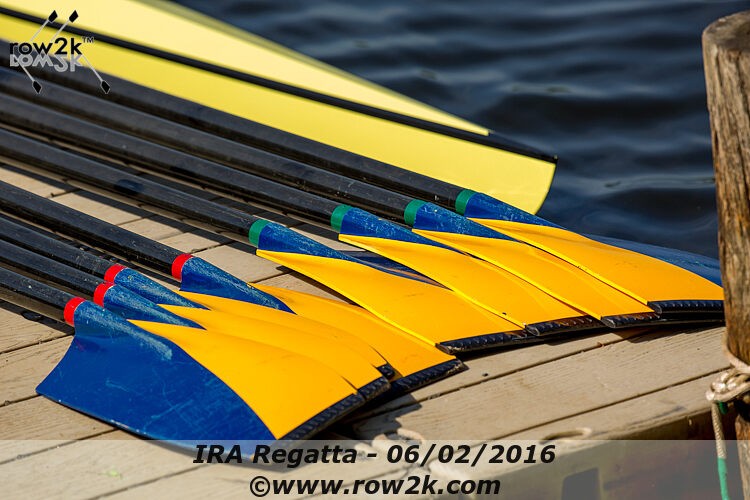 On a more practical level, the smaller squads in our league mean that some of our crews have no one to race, so our lower boats are stuck racing in an extra lane, and sometimes even get left home on some trips because there is no opponent for them, and so the rowers who will benefit the most from racing experience get fewer and fewer chances to race. The Sprints has been good enough to let us bring a sixth eight, but sometimes those guys train all year for that one race, which is a very different experience than guys are getting in the “upper” boats.

BRIAN DAWE – TUFTS
I always thought that a program that could place freshmen into their varsity boats right away were weaker than they should be. Our program at Williams was built from the ground up and the upperclassmen didn’t slack just because they knew they weren’t going to be replaced by a freshman. Our problem now is that the New England Championships does not have a freshman event (but with four varsities) but on the same water the following week there is a freshman event (with only three varsities) at NIRC. I would prefer to have freshmen events both weekends; this would help some of the bigger programs like Wellesley, Williams, Ithaca, and Smith to plan spring racing for freshmen/novice crews.

LUKE AGNINI – GEORGETOWN HEAVYWEIGHT MEN
I think it’s one of the worst things we have done as a sport. Not only does it stunt the development of true walk on novices, but it also makes things harder on the incoming experienced kids. Most collegiate teams don’t have a freshman squad anymore, there isn’t much incentive without the frosh/novice event. It’s a shame because the freshman year is critical for true development. Some guys come in mature and ready to be a D1 athlete. Many guys though need that freshman year, especially the first semester to get used to the college training and academic load and to develop emotionally. It’s a big jump no matter where you come from and being able to develop with other freshman at a bit of a slower pace than the varsity team allows them to grow into their college skin.

Plus, the older you get, the bigger your problems get. A lot of things happen when you go off to college. Sometimes high school romances end, parents get sick or divorced or sometimes it’s just an adjustment being away from home. A big part of being a freshman coach is helping guys navigate through difficult adjustments, as well as reinforce good habits and decision making.

I am also a big fan of recruiting novices on campus and getting rid of frosh squads has really stunted that growth. Whenever you talk with alums, so many of them have such a strong bond with their freshman class. The bond of matriculating together over fours all started for a lot of them with the freshman year/team/coach etc. I am glad to see a conference championship regatta like the Dad Vail hold on to the frosh/novice event.

CAMPBELL WOODS – MARIST MEN
I think it’s neither good nor bad. As a college novice myself I’m not sure where I would have wound up as I have very fond memories of my freshman crew experience. With that said, the ability to employ hot new freshman in the varsity boats keeps everyone on their toes and rewards freshman for arriving with good fitness and technique. I’ve had at least one freshman in my V8 at Marist since I arrived in 2016.

CHRIS CLARK – WISCONSIN MEN
At precisely the same time this transition was happening, we were in a real performance valley in the V8, primarily because we had an imbalance of HS rowers and novices. So, we focused on that and missed the impact of no more frosh category. 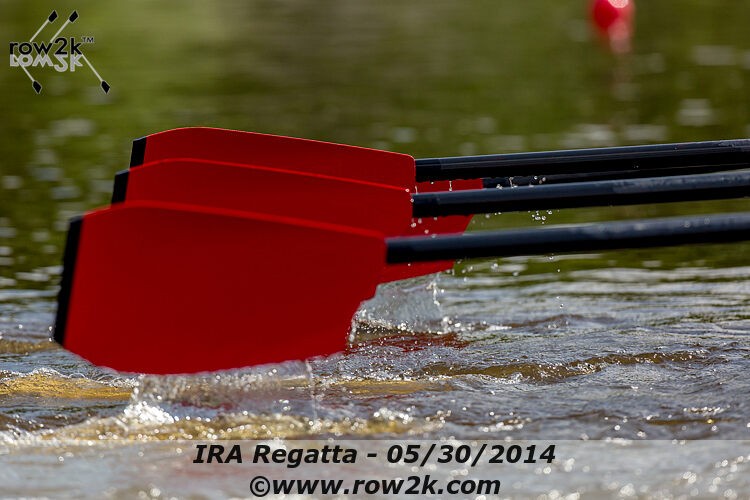 Today, we are still trying to replicate that competitive experience that there once was for frosh. This season, we made a lot of changes that we thought would help. Unfortunately, we were not able to test our theories in real-world racing. Whether it is good or bad for the sport remains to be seen. I do love the fact that women’s rowing has a robust novice category though.

EMILIE GROSS – NORTH CAROLINA WOMEN
It’s great that we still can race frosh/novice in the fall, so we can see their growth over a rather short period of time. Ultimately the goal, however, is to make them a contributing member of your team and to also make your current and recruited student-athletes better. Not having the event I feel loses out in some of the development in the first year, but the right student-athletes develop the team better long-term.

BART THOMPSON – ADRIAN
I can’t speak to our program, since we are only in our 2nd year. In general, however, I think it’s been bad for the sport. There is less of a need to develop walk-ons, and so they (and any rower not immediately able to contribute) aren’t developed as well in general. Observationally, many programs don’t have enough coaching to prioritize their Freshmen/Novice crews over the needs of more-developed crews.

KATIE THURSTIN – STETSON WOMEN
I can see both sides of the argument about the Freshmen/Novice event. A small program like Stetson will struggle to fill a Novice 8+, while bigger teams can boat a novice 8+. They wouldn’t have a fair race because their competition are freshmen that have already rowed for four years in high school.